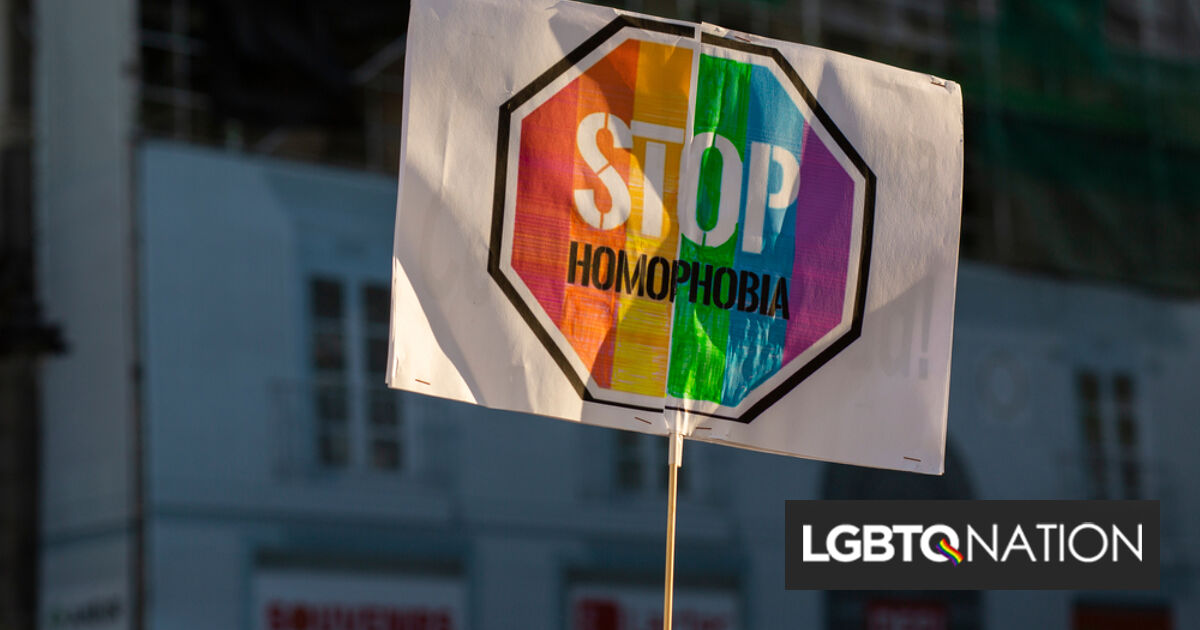 A young gay couple jumped to their deaths from a bridge in Armenia last week, after posting a series of photos together on Instagram and tagging them “Happy End.” The last photo shows the couple sharing a final kiss.

The tragic post went viral, and continues to draw thousands of comments, tributes, and even threats.

The young men, named on social media as Arsen and Tigran, leaped from the 301-foot Davitashen Bridge in the capital of Yerevan on the evening of October 20. Arsen was reportedly 16 or 17, and Tigran a few years older. The post to Instagram read: “Happy End. Decisions about sharing photos and our next steps were taken by both of us together.”

“The young men still had many years of life ahead of them, but because of intolerance towards them, they took such a tragic step,” said advocacy group Pink Armenia, following the double suicide. Local news reports and social media claimed the couple’s parents were opposed to the relationship, and the pair received death threats.

“This tragic incident proves once again that LGBT people in Armenia are not safe and not protected by society or the state,” Pink Armenia wrote.

The photos posted under the Instagram handle rayyyyyennnnn reveal the couple sharing kisses, one young man’s drawing of the other, one thoughtfully smoking a cigarette, the two sharing a facial, and another with the boys’ hands extended in space revealing matching rings. The final self-portrait shows them kissing along a roadside.

While the heartbreaking romance inspired an outpouring of public grief and support for Armenia’s gay community, it also attracted hateful attacks and threatening language, “mostly continuing to highlight the fact that the boys are gay, which justifies their decision to commit suicide,” Pink Armenia said. “Many comments even encouraged others to do the same.”

According to IGLA-Europe’s Rainbow Index, Armenia ranks 47th out of 49 countries in Europe and Central Asia for LGBTQ rights, just ahead of Turkey and Azerbaijan.

Homosexuality was decriminalized in Armenia in 2003, but the former Soviet country remains hostile to same-sex relationships.