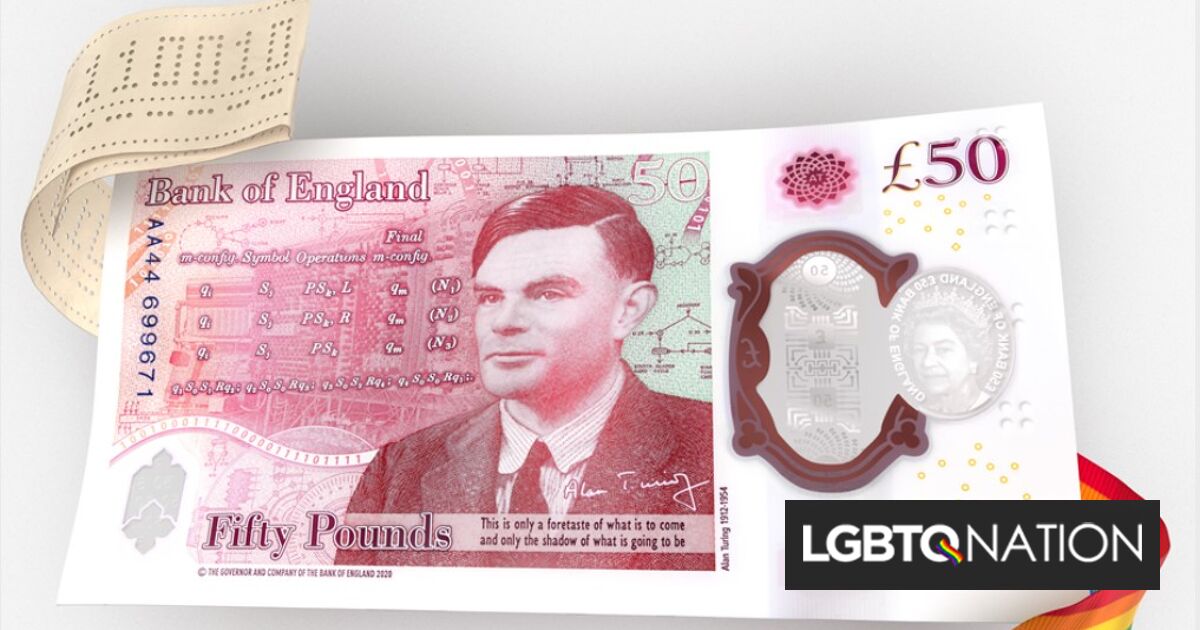 After years of planning, WWII hero Alan Turing has officially become the first gay man on a British banknote.

Turing’s face now graces the £50 note. The Bank of England began circulating the bill on Wednesday, which would have been Turing’s 109th birthday.

Related: Joe Biden tweets congratulations to two athletes who came out this week

Turing is widely considered to be the father of computer science and artificial intelligence and is most famous for his work on breaking the German Enigma codes during World War II.

Despite his essential work, he was punished by the British government for his sexuality and was chemically castrated after being convicted in 1952 of “gross indecency” with another man.

Turing was officially pardoned by Queen Elizabeth II under the Royal Prerogative of Mercy in 2013.

In 2018, the Bank of England launched a public contest for who would replace inventor James Watt on the £50 bill.

In 2019, the bank announced Turing had been selected.

At the time, then-Bank of England Governor Mark Carney said Turing was chosen because he “was an outstanding mathematician whose work has had an enormous impact on how we live today.”

“As the father of computer science and artificial intelligence, as well as [a] war hero, Alan Turing’s contributions were far-ranging and path-breaking,” Carney said. “Turing is a giant on whose shoulders so many now stand.”

This past March, the Bank of England released the design of the new bill, which contains a multitude of references to Turing and his work. It uses a 1951 photo of Turing that is currently part of the collection of the National Portrait Gallery in London as well as ticker tape showing his birthday in binary code.

“He was a brilliant scientist whose thinking still shapes our lives today. However, his many contributions to society were still not enough to spare him the appalling treatment to which he was subjected simply because he was gay. By placing him on this new £50, we are celebrating his life and his achievements, of which we should all be very proud.”