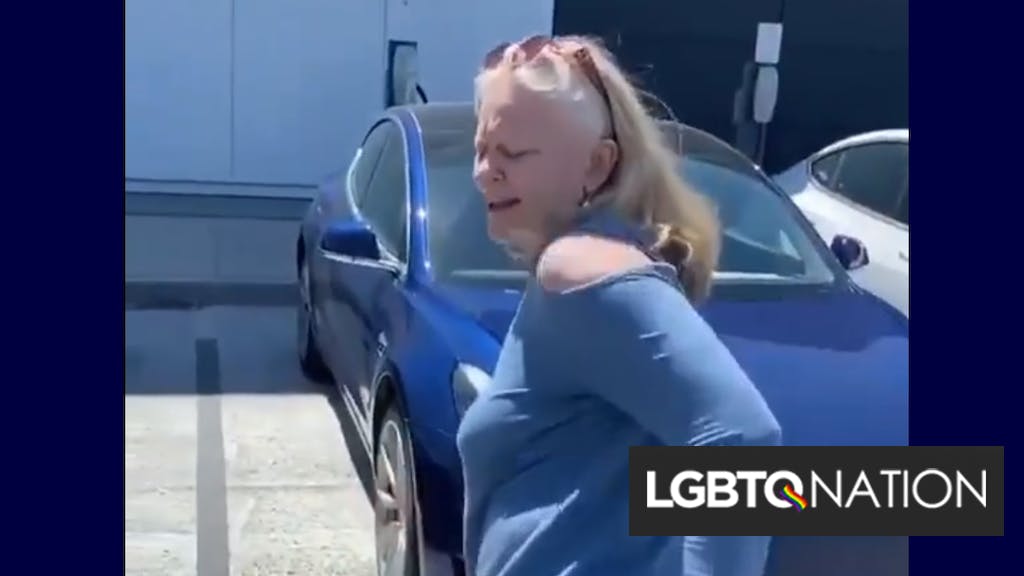 A video of a woman having a meltdown about “punks” who “go on Grindr and do hookups” has gone viral on social media.

The start of the dispute, which reportedly took place in Toronto, Canada, appears to be that the woman was parked in an electric car charging spot.

Related: This woman went on an unhinged anti-gay tirade at a nail salon & it was all captured on video

The cell phone video starts with her smacking her posterior and saying, “Oh please, take this.”

She goes to her car to get her phone to record the incident herself.

“Why do these punks think they own the world and think they can do what they want,” she says as she’s getting out of her car.

She goes over to security guards to explain that no one was parked in the spot so she’s going to leave her car there, blaming her eyesight for not reading the sign and parking in the charging station.

“OK, I have to do my video,” the woman tells the security guards as she pulls her phone out.

“You’re disgusting and I’m so sick of young people who think they are all that,” she says as she turns to the man who’s recording her.

“There you go, sweetheart,” she says. “Nothing better to do with your time because this is what your generation does.”

She then accused the person filming her of being promiscuous on the LGBTQ app Grindr: “You go on Grindr and do hookups. You show every part of your body. You have no self respect. Oh my goodness. None whatsoever.”

When a security guard tells her that the sign says she can’t park where she is, she flippantly responds, “I can’t see.”