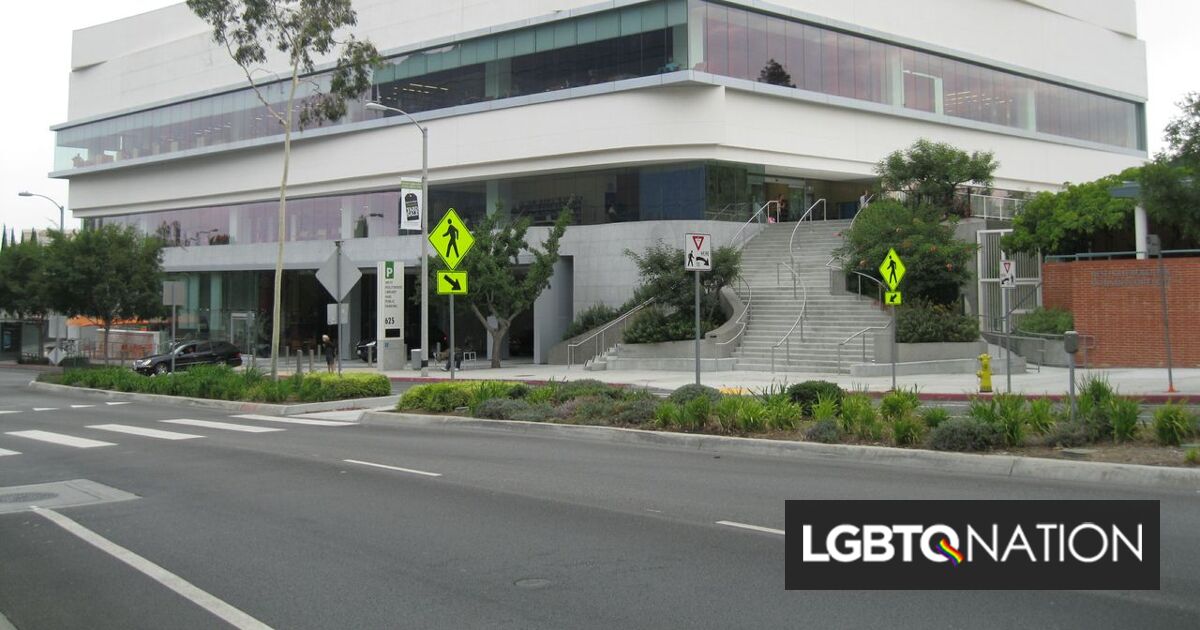 Over a year after the West Hollywood City Council voted in favor of renaming a library after late Supreme Court Justice Ruth Bader Ginsburg, the California town’s Public Facilities Commission unanimously voted to halt the renaming process after West Hollywood residents sounded off at a meeting this week.

While many of the residents are admirers of Ginsburg’s life and career, they were overwhelmingly in favor of renaming the library after someone else, pausing the renaming efforts, and/or ditching Ginsburg’s name altogether.

Public polling has been more balanced, but when the Public Facilities Commission met on January 12 to consider the proposal, 11 out of the 13 public speakers that attended voice opposition to the renaming, WeHoVille reports.

The Commission recommended that the current name of the library remain, and that the City Council take the matter up again with more community input. Their decision means that the planned renaming of the library will drag on into a third calendar year of deliberation.

The honor for Justice Ginsburg is based on her status as an “icon for women, for the LGBT community, for workers and every progressive value that West Hollywood holds,” councilmember Sepi Shyne, who voted for the measure, said at the time.

“I would like to see our process, being the progressive city that we are, be open to considering other names and allow for a public process that considers other names, in no way diminishing RBG,” then-Mayor Lindsey Horvath, who voted against the measure, said at the time.

This would be the first time West Hollywood, considered one of the world’s most renown “gay villages,” has named a building since the town was incorporated in 1984. All other names on property in the area were named prior.

But the City Council did not have final say over the library or its name. The Public Facilities Commission had to also vote in favor the proposal, and since the library is also part of the Los Angeles County library system, further agreements had to be put in place before the decision could be made.

The Commission, voted in favor of rule changes allowing for the renaming to move forward in January 2021, thus foregoing previously established rules dictating that the town must wait at least two years after a person’s death before naming a public building or property after that person. Members of the Commission are appointed and approved by the City Council.

Now buildings in West Hollywood can be named after any person, dead or alive, as the Commission clarified at this week’s meeting.

The West Hollywood Library opened in 2013. It is home to the LA County Library’s LGBT Collection, “a comprehensive collection of LGBT fiction and non-fiction literature and history in a variety of formats,” according to their website, as well as the Ron Shipton HIV Information Center. It is also currently the meeting place for the town’s Lambda Literary Book Club.

Ginsburg was an Associate Justice on the Supreme Court from 1993 until her death in September 2020. She frequently supported and voiced her opinion in favor of progressive policies, consistently ruling on the liberal end of court decisions, including LGBTQ rights and marriage equality.

Despite her overwhelming popularity, her decision not to retire before Donald Trump became president was scrutinized and heavily criticized, especially after her death. She is not known to have ever even visited the Hollywood-adjacent town within the Los Angeles metropolitan area.

Other names suggested to rename the library after include Rita Norton, who served as a librarian at the West Hollywood Library for over 20 years, and passed away in 2018; Ron Stone, considered the “father of West Hollywood” before passing away in 1998 from AIDS, who had the building that was demolished for this library named after him; Ivy Bottini, a lesbian activist and West Hollywood native who died in February 2021; and Marsha P. Johnson, the legendary trans activist and organizer known for her presence at the Stonewall Riots in New York City in 1969. Johnson is believed to have visited West Hollywood before.

Former Councilmember John Heilman, who served on the Council for 36 years, was the only living person whose name has been publicly proposed for consideration.