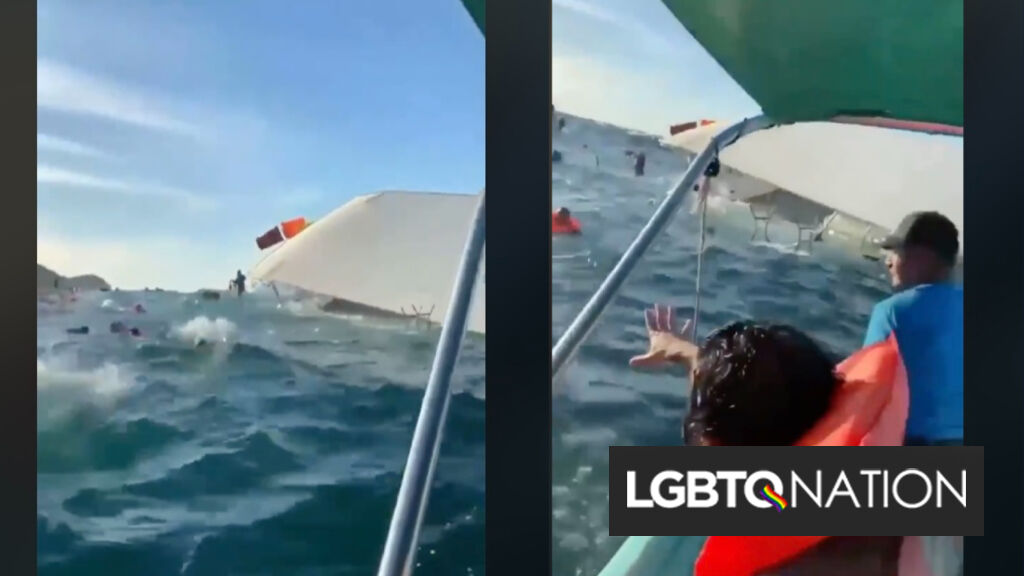 Despite safety protocols in place in a majority of the country, and despite the fact that there’s now at least two strains of COVID-19 all over the world, California-based circuit party organizer Jeffrey Sanker still decided to host a week of events in Mexico celebrating the New Year.

With authorities and social media watchers constantly tracking their movements, Sanker and organizers of related events for the week shifted the details for their plans  to escape backlash, all while luring people from all over the United States to ignore local protocols. He charged them hundreds of dollars to party without masks, social distancing or any other precautionary measures required.

Related: Mike Pompeo threw a Christmas party for State Department staff. No one showed up.

The week of events was slated to start on New Year’s Eve, with a party cruise on the “PV Delice,” as in a boat off the coast of Puerto Vallarta. The event promised DJs, open bars, gogo dancers and snorkeling from the beach on a withheld location before boarding the boat. It was “men only” and “clothing optional.”

Puerto Vallarta News revealed details for the event right before Christmas, writing online that “COVID isn’t causing businesses to suffer; it’s the actions of people. We are tired of it.”

A source shared with LGBTQ Nation that “some celebrities and influencers, and particularly egregious US nurses and doctors, from Cedars Sinai and other respected and noteworthy medical centers,” were expected to attend the week’s events. “Also in attendance is Shangela,” they said, mentioning the popular drag entertainer known from competing on RuPaul’s Drag Race.

Rules put in place by lawmakers and public safety officials in the Mexican state of Jalisco prevented the events from starting at their planned location. Instead, the PV Delice cruise relocated the event last minute to Los Muertos Pier in the neighboring Riviera Nayarit state. Authorities there did not find the event to be against protocol, so they only agreed to “closely monitor” it.

Sanker then asked attendees of the opening event to not share the address, location, or details of the event, even prohibiting them from taking photos and video on the boat. His message was leaked and shared by the Instagram page “@GaysOverCOVID,” which tracked LGBTQ events or people intentionally trying to skirt in-place travel or gathering restrictions.

Despite public backlash, the event still went on as planned, and by New Year’s Eve evening, over 60 men had gathered on a small boat together.

By 5:00 P.M. local time, the boat had capsized, and S.O.S. signals were dispersed by the crew.

10 boats in the area and authorities had to rush to the scene of the sinking disaster to save dozens of men that were already at heightened risk of having the coronavirus, thus putting further people at risk to prevent them from drowning. All while the hospital in the region of Mexico were already at, or were near, full capacity.

“It was like the Titantic, it went all down slowly,” Emilio Blanco — who travelled from Chicago — said of the incident. “We were about to sail back to Puerto Vallarta, but the catamaran barely moved…. I think the crew just didn’t know how to maneuver the catamaran very well, the sea was not very rough nor was it too windy,” he noted.

He told Out & About Puerto Vallarta, “It was quite a scary situation!”

While the exact cause of the sinking did not become immediately clear, video from the aftermath of its capsizing went viral online, with many further criticizing and shaming eventgoers for putting themselves and others at risk to dance and drink.

Vox Media video editor Ryan Carlos even added a Titanic Theme-like song to the video of passengers being rescued from the water.

Out & About Puerto Vallarta reports that passengers believe everyone was recovered and no one was physically hurt.

Outraged at the unfortunate series of events, partygoers and their supporters lamented on the shame they were receiving. One person on Facebook even decided to offer a reward for the identity of the person, or persons, behind the “@GaysOverCOVID” Instagram page (which had also supported the Los Angeles Police Department shutting down an unrelated event they shared details on.)

“They have been hiding behind the screen trying to out fellow gays, making our community as divisive as ever,” the user claimed.