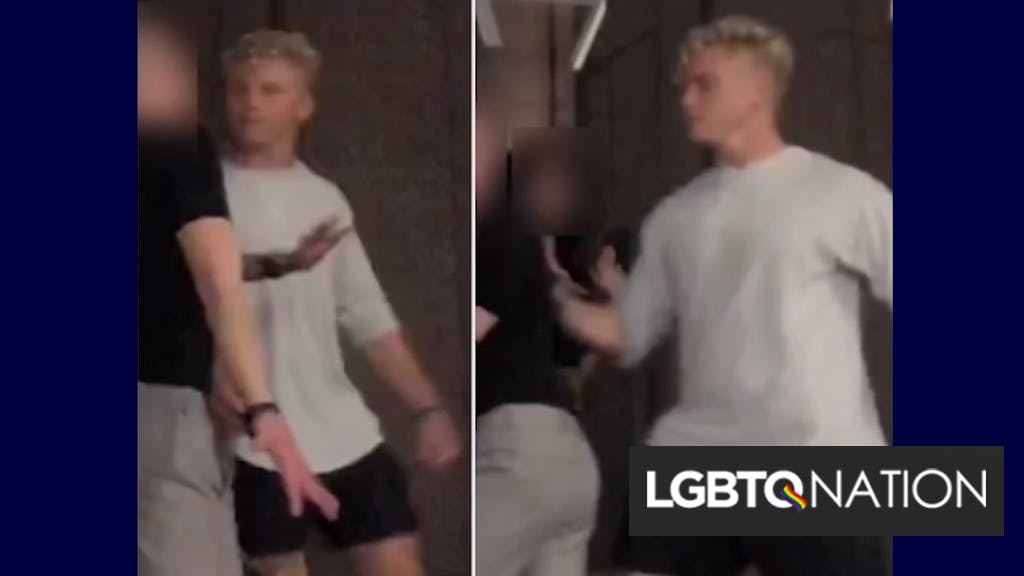 Police are searching for a man in New York City who violently attacked a gay man, punching the victim in the face while shouting anti-gay slurs.

Investigators say that the 24-year-old victim was filming a TikTok video with a female friend in Lower Manhattan at around 11:30 p.m. on Saturday, September 26. They were approached by a man they did not know who started yelling anti-gay slurs at them.

Related: A man was shouted at for wearing a pink kippah: ‘You’re desecrating the name of God!’

“Look at this fucking faggot,” he said, according to the New York Daily News.

The friend appears to respond to the alleged assailant in the video and put herself between the two men.

The alleged assailant punched the victim in the face. The victim turned his head away and the attacker pursued him, punching him again in the back of the head.

The attack was caught on video.

The victim said that he suffered from a lacerated lip and a bloody nose but has not sought medical treatment. The alleged attacker fled before police arrived.

The NYPD Hate Crimes Task Force is investigating the attack and is asking anyone with information about the man in the video to call Crime Stoppers at (800) 577-TIPS.