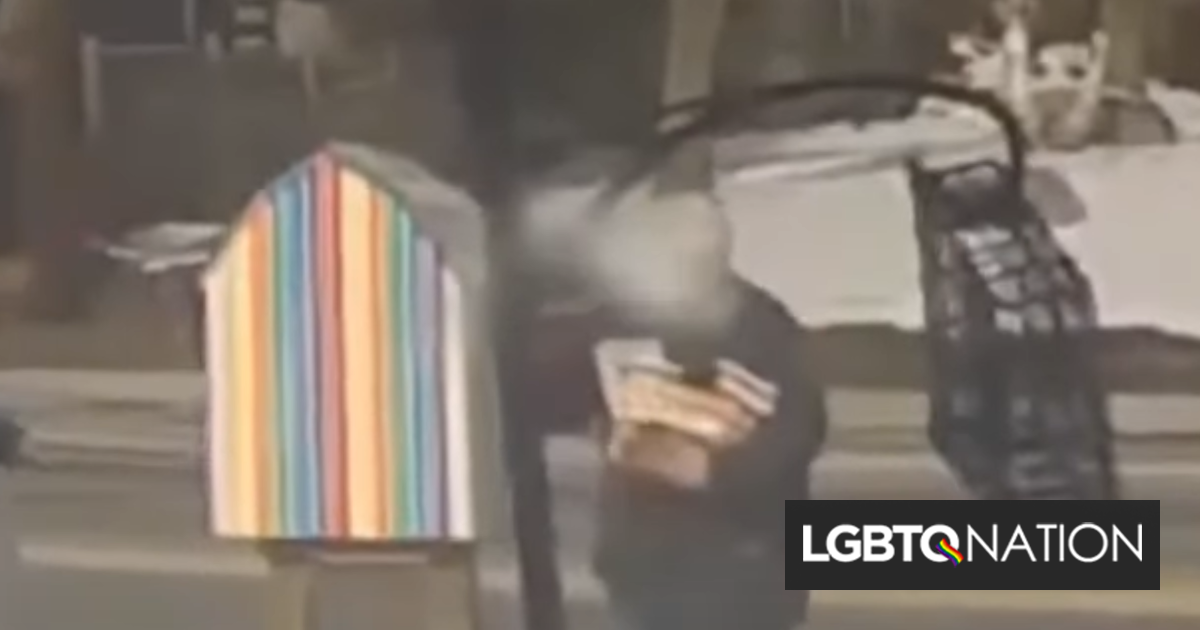 Video taken at night caught footage of a “person of interest” allegedly vandalizing the Little Queer Library, a rainbow-colored roadside book box maintained by a female couple in Waltham, Massachusetts. The incident marks the fourth time that the library has been vandalized in the last three months.

The May 11 footage showed a person removing all of the library’s books and placing them into bags. After doing this for about 10 minutes, the person then walked away with the books, removing nearly $1,000 worth of materials, library curators Krysta Petrie and Katie Cohen told WCVB.

Related: Watch as a bomb explodes inside a Massachusetts LGBT newspaper’s box

Cohen and her wife, Petrie, established the Little Queer Library during the pandemic. It offers informative LGBTQ books for children and young adult readers. The couple said they wanted the library to be a community resource for people who might feel fearful about checking out queer content from schools or local public libraries.

“We want to be a place where people are accepted and seen and celebrate who they are,” Cohen said. “[The recent vandalism] really feels a lot like censorship.”

Petrie added, “There’s really only a couple of reasons why [such vandalism] could happen: One is straight-up hate, LGBT hate. They just don’t want to see the community or something.”

Petrie said that in the past, a local student had been dared to vandalize the library. The student scribbled on the book box’s side with a black marker.

The vandalism has been driven in part, Petrie believes, by the local school board’s discussions on whether to ban two library books with queer themes: Gender Queer: A Memoir by Maia Kobabe and This Book is Gay by Juno Dawson. Both books are available in the Little Queer Library.

During the penultimate vandalism, the vandal removed all of the library’s books, scattered the library’s other materials — including colored pencils — on the sidewalks, and then emptied soil from a nearby potted plant into the book box.

“There’s a lot of people that are up in arms and riled up about these queer books being available for the community and their children,” Petrie said. “[But] you can’t stop LGBT voices from being heard even if you take a few of our books, so please just stop.”

The publicity after the third vandalism compelled other libraries and supportive individuals from around the world to donate over 300 books and over $3,000 to support the Little Queer Library’s continuation.

Despite the vandalism, the women still believe that most of their neighbors are supportive. They plan on including an audio alarm on the book box’s interior that would alert them if someone sticks their entire arm into the box in an attempt to remove all of its books.