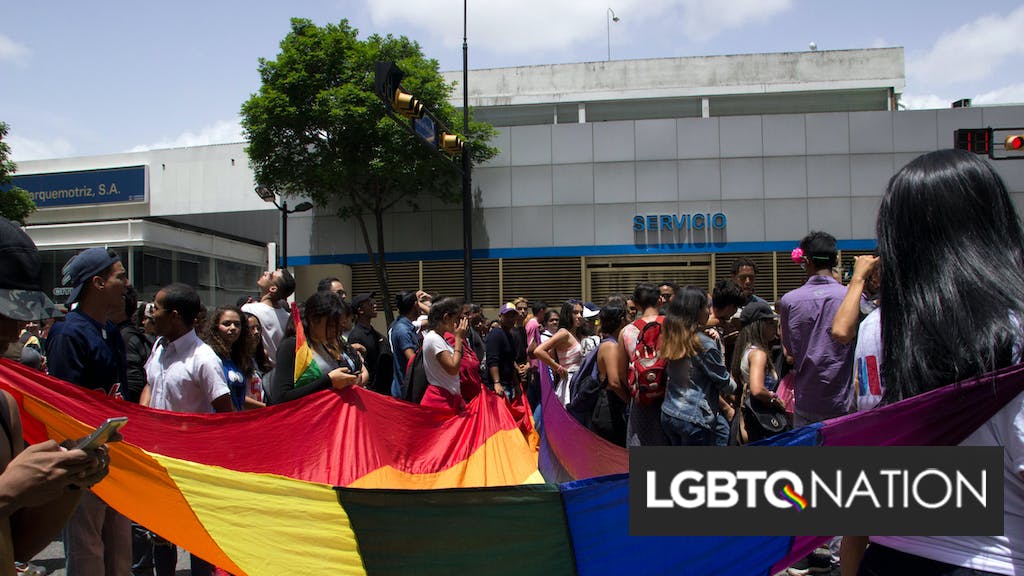 Venezuelan president Nicolas Maduro has called on the National Assembly to pass legislation to legalize same-sex marriage – and he’s claiming an unlikely ally in the heavily Catholic country.

Related: Watch the first same-sex couple get married in Ecuador

The pontiff expressed his support in an interview shown in an Italian documentary, saying, “What we have to create is a civil union law. That way they are legally covered.” The Vatican has since attempted to walk back Francis’s remarks.

But before they could, Maduro met with leaders of the ruling Socialist Party before upcoming elections, and called on them to pass marriage equality legislation when they reconvene. Maduro has been called a dictator and controls the party – and country – with an iron fist.

“I have friends and acquaintances who are very happy with what the Pope said yesterday,” Maduro said at the event. “I will leave that task, the task of LGBT marriage, to the next National Assembly.”

The National Assembly is currently under opposition control as citizens and politicians have struggled to throw Maduro out of power. The opposition has said they would boycott the vote, accusing Maduro of planning to rig the decision.

Citizens have regularly protested Maduro’s reign as leader of the country. Inflation has run rampant, medicine and food have become scarce, and the use of military force to control the population has become common.

Like Maduro, Pope Francis has a back-and-forth relationship with the LGBTQ community. At times he says things supportive of LGBTQ rights, but within days the Vatican will either distance him from the remarks or he’ll contradict himself by saying something that condemns LGBTQ people.

Maduro’s comments come more than two years after the Inter-American Court on Human Rights ruled in favor of marriage equality. That court’s decisions are binding in the 20 member countries – including Venezuela – although not every country has moved to implement the decision.