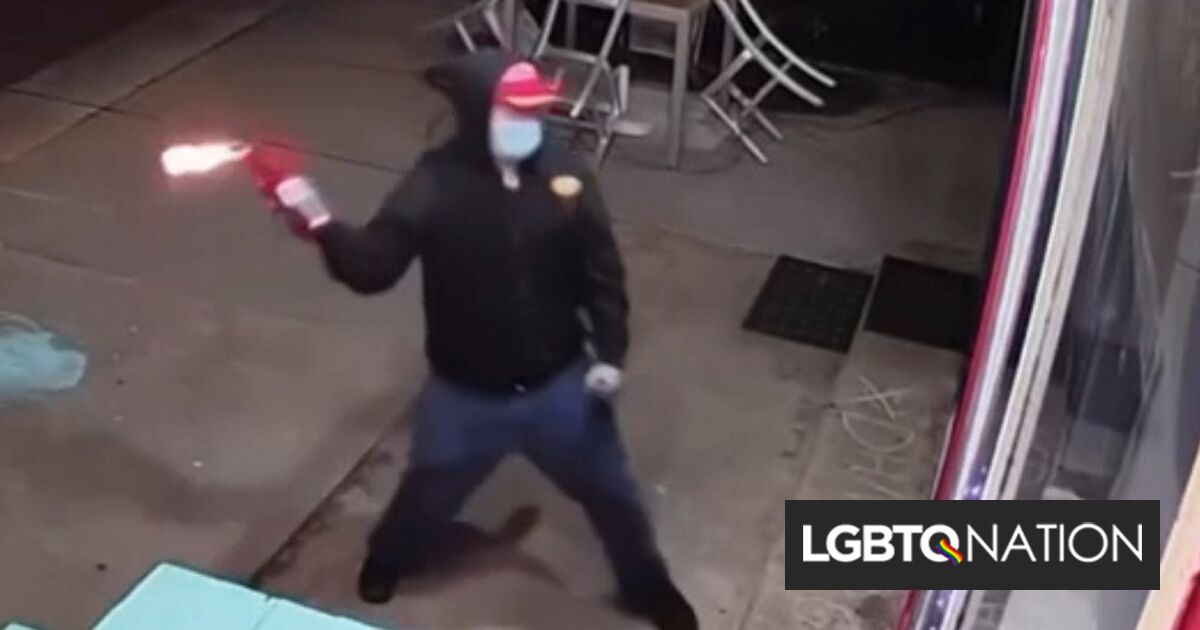 A person smashed a window of a doughnut shop in Oklahoma and threw a Molotov cocktail inside in retaliation to the shop hosting a drag queen event.

Video posted to Facebook shows the unidentified person taping a paper to the door of The Donut Hole in Tulsa at 2:30 a.m. Monday morning and then smashing the glass door with a baseball bat. The person – who some on social media speculated was wearing a red MAGA hat – then threw a Molotov cocktail in the building.

“It’s got a chemical of some kind in it that’s meant to spread fire quickly and cause a great potential of damage,” said Lt. Tim Ingram of the Tulsa Fire Department.

Tulsa Fire’s Andy Little said the person left an anti-LGBTQ flier on neighboring businesses after they vandalized The Donut Hole. The flames did not spread and only caused minor damage.

No one was inside the building at the time of the attack, investigators said. The owners of the shop were out of town.

The owners told News on 6 that this is the second time that they were targeted. On October 17, the glass door and a window were broken. This happened just after a drag event in the shop.

We’ve seen a repeated pattern of violent threats made against venues that host drag shows, especially after being highlighted by Christopher Rufo and Libs of Tiktok. The events are then cancelled due to safety and security concerns. Rufo and LoTT then celebrate the cancellation.

He also appears to be wearing a “Make America Great Again” hat. This is what MAGA is all about. Spreading hate and stirring violence against marginalized groups. pic.twitter.com/zXkCM0WHoB

Police say they have a person of interest but haven’t made any arrests so far.

The owners canceled an event they were planning for last Thursday where they were going to hand out 300 doughnuts to people in the community as a thank you for their support after the first attack.