Utah’s GOP governor will veto a trans sports ban, then the real battle will begin 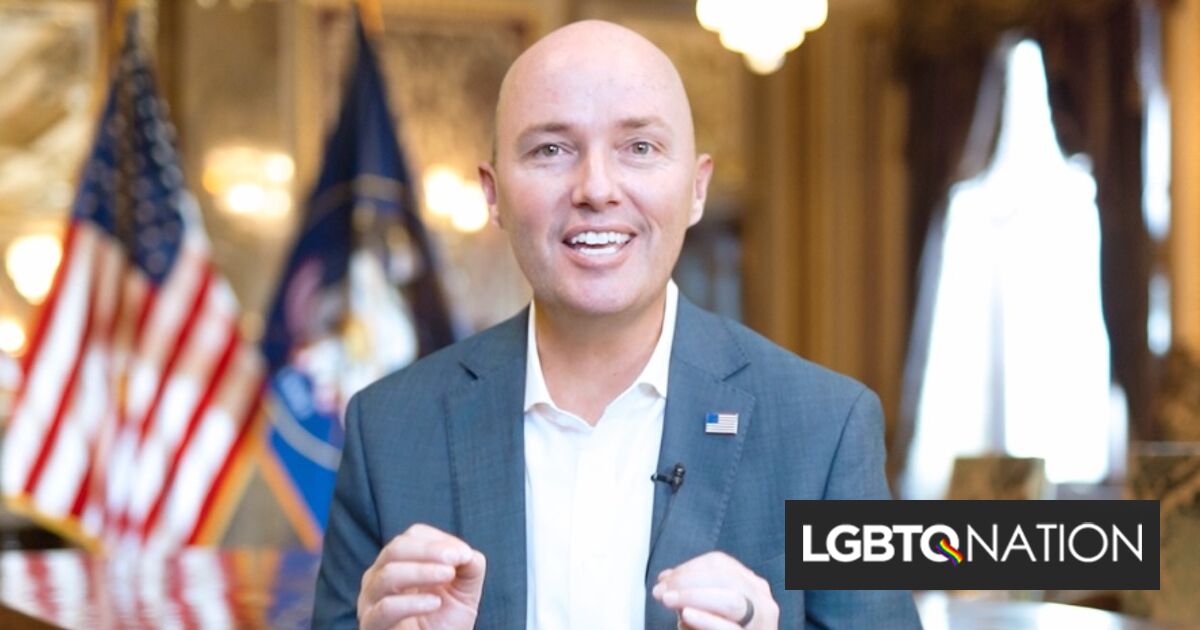 Republican Utah Governor Spencer Cox has pledged to veto a bill passed by the state’s Republican-led Senate that would ban transgender athletes from playing on public school sports teams that match their gender identities.

Trying to strike a middle path between LGBTQ advocates and conservatives, Cox had pledged to form a first-of-its-kind expert panel to explore the issue, the Edge Media Network reported. But Republicans, confident of their ability to override his veto, passed legislation to appease base voters.

Related: These kids had questions about trans athletes. So they asked one.

Speaking to queer student-athletes about his veto, Cox said, “I just want them to know that it’s gonna be okay. We’re gonna work through this.”

If the law passes, LGBTQ advocates will likely sue to have it stopped. Utah’s Supreme Court is filled with Republican justices who would probably vote to uphold the ban, but a federal court might rule otherwise.

If the case were to reach to U.S. Supreme Court, the conservative-leaning court could decide in favor of the ban. But, the court could also decline to hear the case, just as it did in a case involving the rights of bathroom access for trans public school students, leaving a lower court pro-trans ruling in place.

Even if activists petitioned to get the law repealed on a ballot initiative, 58 percent of the state’s voters supported Republican Donald Trump, the most actively transphobic U.S. president of all time. Such voters might be as transphobic as he and vote to keep the ban.

Right now, 11 states have transgender sports bans. In 2021, 31 other states introduced similar bills. Most of these states have had no actual disputes involving trans athletes.

Supporters of such bills believe that people assigned a male gender at birth have physical and competitive advantages over cisgender women. This claim remains under dispute since transgender sports and exercise science are a relatively new field of study.