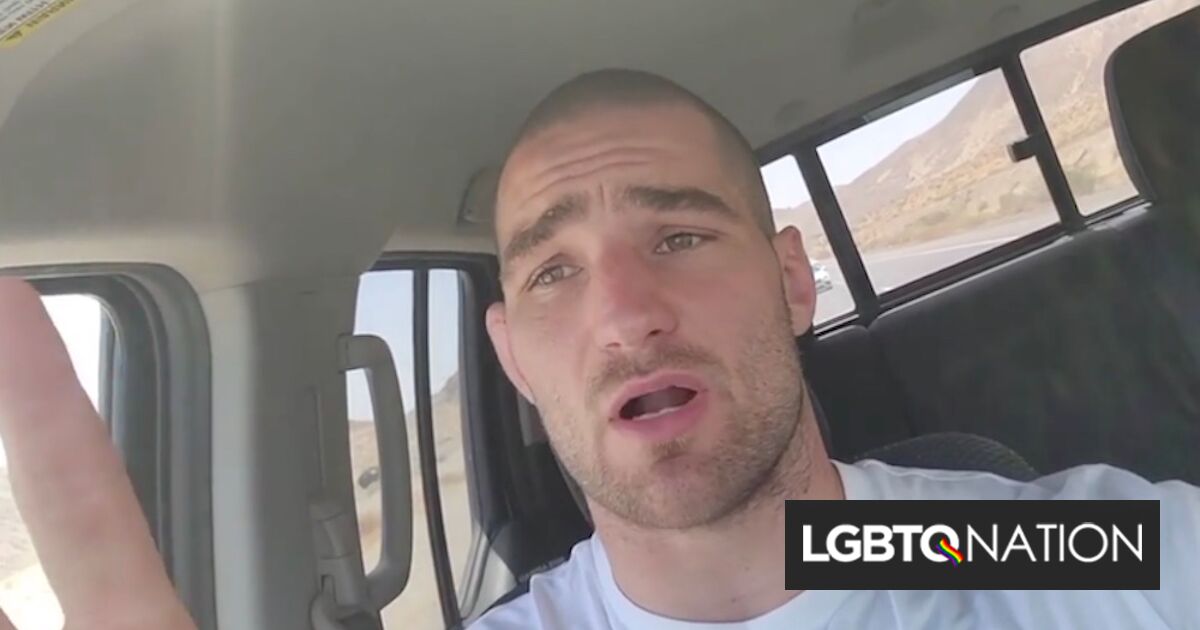 Ultimate Fighting Championship (UFC) competitor Sean Strickland recently said that he would think he had “failed as a man” if he ever had a gay son.

Strickland made his comment via Twitter on December 27 when someone asked him whether he would want to have a “gay son” or a “thot daughter.” THOT is an acronym for “that ‘ho over there”, meaning a sexually promiscuous person.

“If I had a gay son I would think I failed as a man to create such weakness,” Strickland replied on Twitter. “If I had a whore for a daughter I’d think she just wanted to be like her dad lol!!”

He almost immediately began receiving flack for his thoughtless comment.

@Big_Stereotype asked, “Sean have you ever considered aging past 14”?

Sean have you ever considered aging past 14

@WBarVal wrote, “Sean Strickland making an apology so he doesn’t lose sponsors in 5, 4, 3,…”

Sean Strickland making an apology so he doesn’t lose sponsors in 5, 4, 3,…

@Byzr_nz wrote, “Stop flexing how out of touch with society you are. Also the 1600s called and wants their mindset back.”

Stop flexing how out of touch with society you are. Also the 1600s called and wants their mindset back

I thought this guy’s brain was working again last week. Clearly he’s been hard sparring with ngannou several times since then

@BarTGila replied, “You could hope to have the strength of any of the gay men I know.”

You could hope to have the strength of any of the gay men I know.

@AriCohn wrote, “Hate to break it to you, but you’ve already failed as a man.”

@Tacticalwookiee wrote, “Projecting, you are so deep in the closet you are finding Christmas presents 🎁”

Projecting, you are so deep in the closet you are finding Christmas presents 🎁

At the time Strickland said, “I want to make you an offer. You’re going to be in Vegas next week.
Me and you. We can meet up in the desert dude. And we can go do some weird sh*t together.”

“Because it’s like, this is something I’ve always fantasized about, you know? And you are like a gazelle that wants to be a lion and you’re accepting what I want to do to you. And like, Dude, I want to do some weird sh*t to you, man,” he continued.

“Like, oh, man. It’s just so exciting that you’re so okay with me doing it. Like there’s some things I fantasized about for a long time. And I feel like you’re going to let me do it to you,” he concluded.

In response to the criticism, Strickland wrote, “I have been getting some hate for that gay son joke. You beta males need to calm the f**k down, this isn’t your college you’re not going to get laid here by a ‘zir’ or ‘it’ by being a little bitch. It’s OK this is a safe place. Untuck your balls you’re allowed to be a ‘he’ here.”

Pretty sad that Strickland immediately went to misogyny and transphobia after being called out for homophobia.