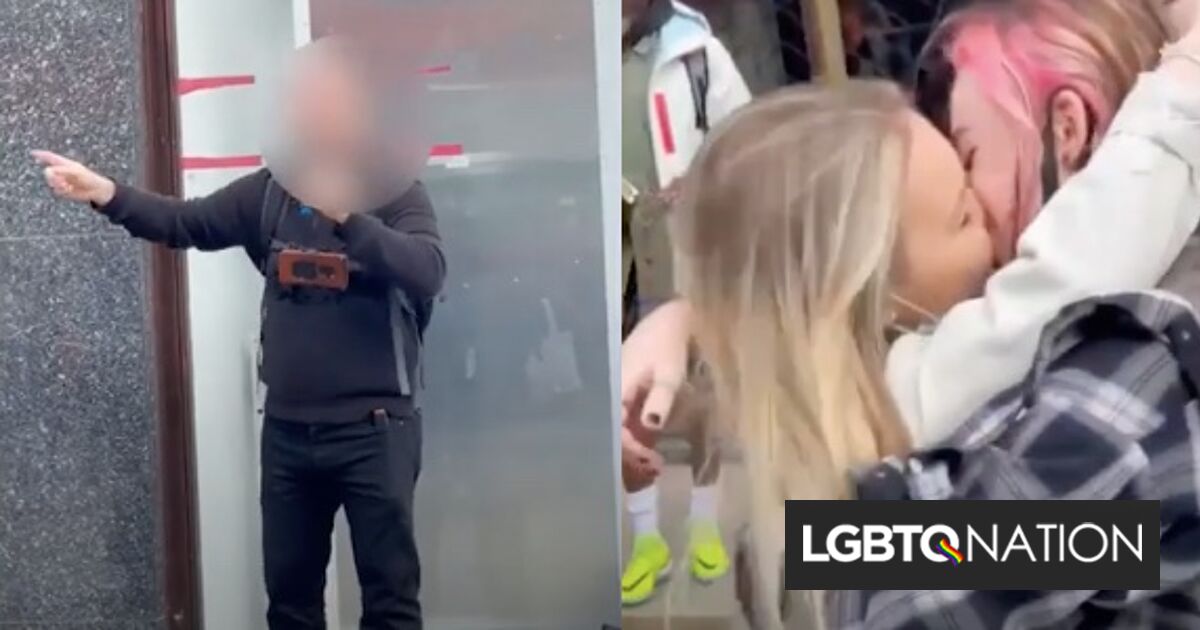 Video footage recorded in Leeds, England and available at LeedsLive shows the preacher standing on top of a platform, speaking into a microphone connected to an amplifier. To his left is a sign that says, “Repent! Be baptized every one of you in the Name of Jesus Christ for the remission of sins.”

“Everybody can be saved if they humble themselves and repent and turn from your wicked ways,” the preacher told the crowd. “If you humble yourself and repent and put your trust in Jesus Christ you shall be saved.”

As he speaks, a heckler from the crowd says, “God thinks you need to crawl back into whatever hole you came out of, love, and go back into it, my dear.”

The preacher then begins speaking about “hateful homosexuals,” as one protestor repeatedly yells, “No, you’re hateful. You’re hateful.” Another yells, “You homophobe!”

“It’s time to get right with God,” the preacher continues while pointing his finger at the crowd.

“And your time came and went a long time ago,” a protestor retorts.

“The rectum was created for defecation, not penetration,” the preacher says as the crowd laughs. “You need to learn how to use your bodies properly, okay?”

One man retorts, “Oh, I know how to use it very well.”

Later on, the crowd cheers as two women embrace and kiss in front of the preacher. The preacher momentarily falls silent while applause from others in the crowd can be heard.

The preacher then redoubles his efforts afterward. He tells the crowd, “You must repent,” while his associate holds a cross bearing the words “JESUS RESCUES.”

“You must come to your senses, men and women,” he continues. “You must believe in the Lord Jesus Christ. You know what? You can scoff me. You can persecute me. You can pull me down.”

A protestor asks, “What are you trying to do to anyone who’s gay? Persecute them. Bring them down.”

This is just the most recent video showing people trolling an anti-LGBTQ preacher.

In 2017, a student from the University of California’s San Diego campus mocked a preacher by repeating his ridiculous assertions that listening to Elton John can turn you gay. In 2019, a couple of performers in New York City drowned out a hateful street preacher with saxophones.