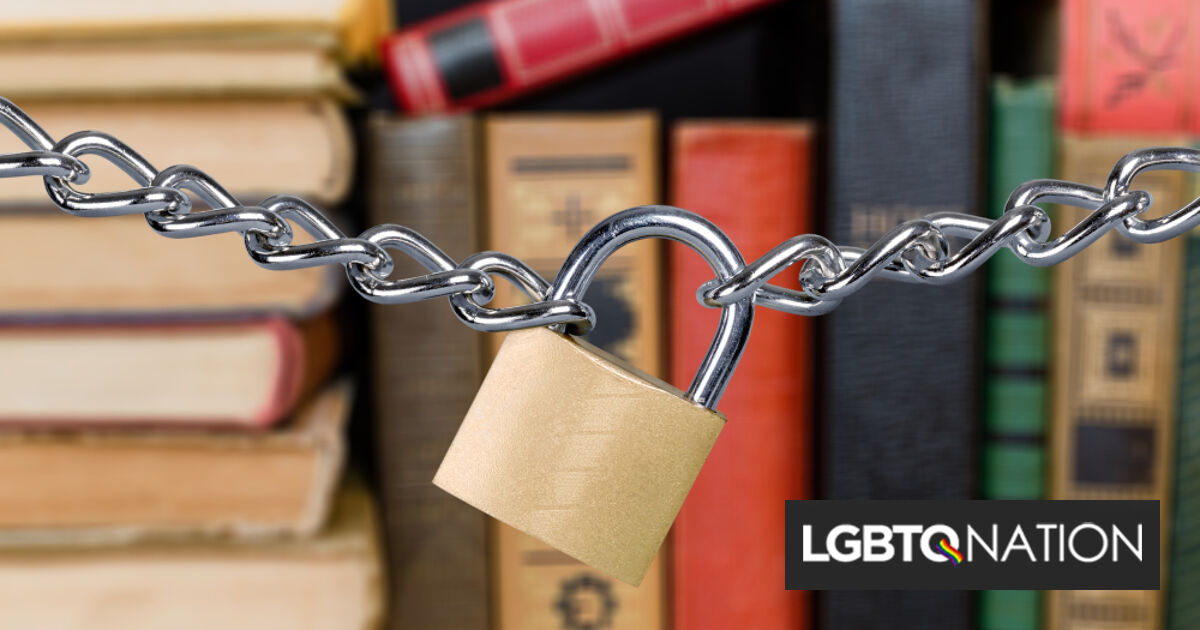 Two Missouri students are suing their school district for banning books that talk about LGBTQ identities, as well as books about race.

A class-action lawsuit against the Wentzville School District has been filed on behalf of the students – who have not been identified by name – by the ACLU of Missouri.

Related: Hillary Clinton calls out Republican hypocrisy: “They’ll ban books but do nothing about guns.”

In the lawsuit, the ACLU accuses school officials of banning the books due to their “dislike of the ideas contained in the Banned Books and with the intent and purpose to prescribe what is generally or traditionally accepted as right or true in matters of opinion.”

The complaint goes on to defend the students’ First Amendment rights.

“The Banned Books engage their readers with a diversity of ideas and minority viewpoints, including with respect to race, gender, and sexual identity.”

“The District banned the books from school libraries because of the ideological disagreement members of the District’s school board and certain vocal community members have with the ideas and viewpoints that the books express.”

The lawsuit is reportedly the first one of any ACLU affiliate to challenge the wave of book banning campaigns currently taking place across the country by conservative parents and GOP politicians.

“This just isn’t any old book banning, as happens from time to time, where school districts disagree with the ideology of a book,” Tony Rothert, director of advocacy for the ACLU of Missouri, told St. Louis Public Radio. “Here Wentzville has B.”

Wentzville’s book banning policy is especially stringent in that staff will remove a book as soon as someone files a complaint, rather than waiting until an investigation takes place into the book.

“It’s very easy for any person in the community to get any book removed for any reason, even if it’s a discriminatory reason, by just filing a complaint,” Rothert said. “It automatically comes off the shelf. And that is exactly backwards.”