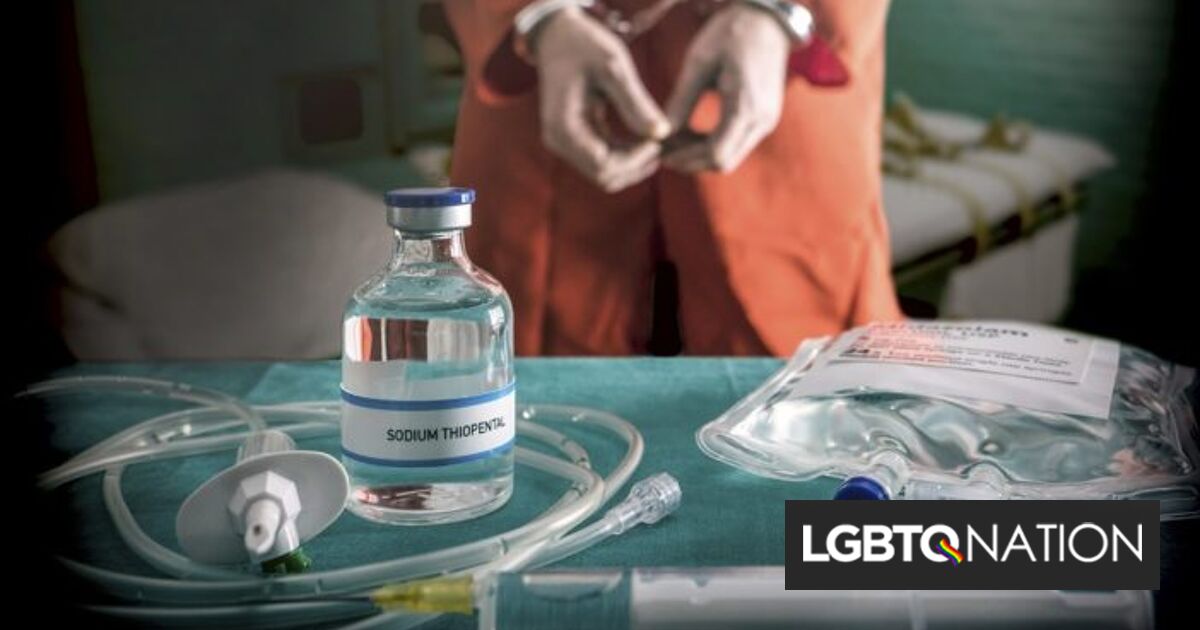 Two Iranian gay men have been executed after being charged with forced sodomy.

The men, identified as 32-year-old Mehrdad Karimpour and 29-year-old Farid Mohammadi, spent six years on death row and were hanged for the crime of “forced sexual intercourse between two men,” according to the Associated Press, which described the country as “one of the most repressive places in the world for lesbian, gay, bisexual and transgender people.”

Related: Iranians are wearing Pride flags in public to protest the brutal beheading of a gay man

“The execution of these men follows a long-standing regime policy of the state-sanctioned murder of gay men, often on disputed charges after unfair trials that have been condemned by Amnesty International and Human Rights Watch,” LGBTQ activist Peter Tatchell told The Jerusalem Post.

“They were sentenced to death on charges of the sodomy (by force) of a 16-year-old boy over six years ago. But they repeatedly said in court and in their defenses that there was no force and was done with the consent of the complainant. But the boy said they had raped him,” an anonymous source told the non-profit, Iran Human Rights, an organization fighting to abolish Iran’s death penalty.

Iran does not have an age of consent, but all sex outside of marriage is illegal, as is any sexual activity between two men. Gay sex, consensual or not, is punishable by death.

Iran Human Rights also pointed out that Iran is one of only a handful of countries that implements the death penalty in cases of rape.

Additionally, Shadi Amin, executive director of the Iranian LGBTQ advocacy group 6Rang, told Insider that “Rule of law and fair trials do not exist in the Iranian judicial system” and as such, “any ruling issued in this system cannot be considered credible and legitimate.”

Confessions are often forced by methods of torture, and trials are often rushed.

Last year, Javaid Rehman, the U.N. independent investigator on human rights in Iran, said the country is using the death penalty “at an alarming rate.”

According to the Human Rights Activists News Agency, neither Iranian officials nor the nation’s media outlets have announced the deaths of these men.

The men were killed in a prison located in the city of Maragheh, where two other men were reportedly also executed for the same crime last July.