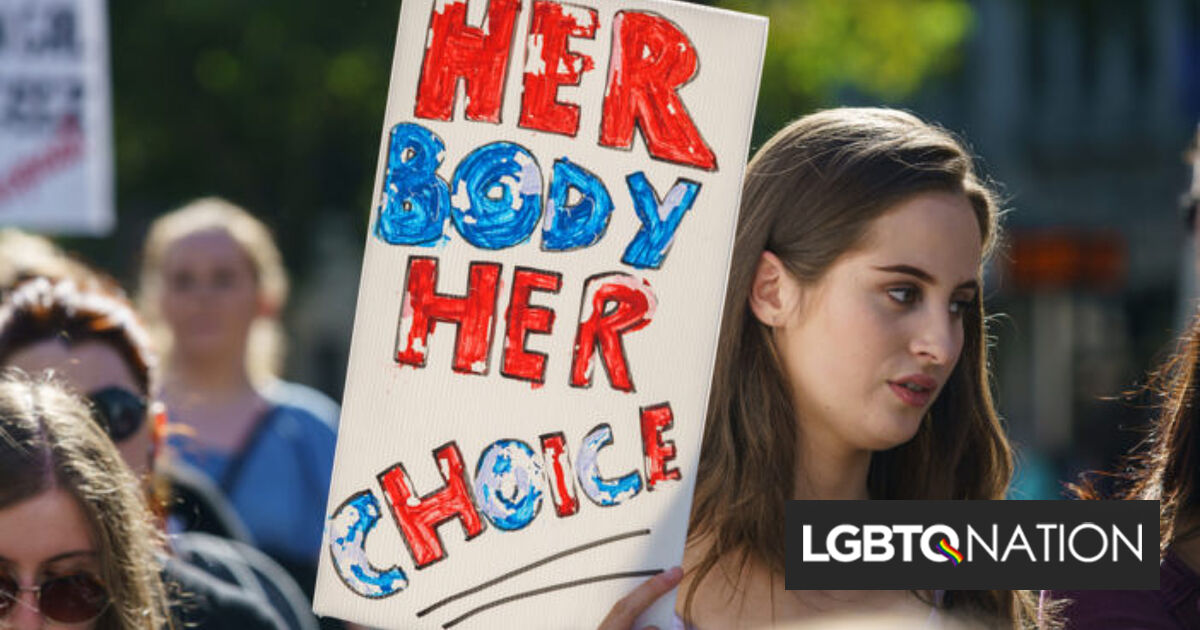 In a reversal no less shocking after a draft opinion had been released months earlier, the Supreme Court today overturned the landmark Roe v Wade decision granting women the constitutional right to abortion. The procedure will be effectively banned in several states. The decision from the conservative majority opens the door to other reversals, including protections for same-sex marriage, same-sex relationships, and contraception.

Reactions were fast and furious on social media.

Breyer/Sotomayor/Kagan: “With sorrow—for this Court, but more, for the many millions of American women who have today lost a fundamental constitutional protection—we dissent.” From Roe … to Sorrow. It truly is sad.

Clarence Thomas writes, in a concurring opinion, that the Supreme Court should reconsider Griswold, Lawrence, and Obergefell — the rulings that now protect contraception, same-sex relationships, and same-sex marriage.

“This cruel ruling is outrageous and heart-wrenching. But make no mistake: the rights of women and all Americans are on the ballot this November.”

As a single mom, I know how big a decision it is to start or grow a family.

Today’s ruling takes that decision away from parents and gives it to politicians.

Sometimes I think this country has lost its fucking mind and then I worry this is all just a regression to the mean.
💔#VoteThemOut #ExpandSCOTUS

In addition to the human right to bodily autonomy, a main reason abortion was legalized in the 70s was because MILLIONS of women risked death from unsafe, illegal abortions every year. That will happen again.

In the face of this dark post-Roe reality, I have three words: Hold onto hope. Do not give into despair. Here’s how I’m staying in the fight: pic.twitter.com/DqbZRKxCID

They did it. THEY DID IT TO US! #SCOTUS has overturned #RoevWade, enshrined in the Constitution as settled law for over 50 years. How dare they? This #SCOTUS is absolutely tone-deaf to the will and even the actual needs of the American people. #WakeUpAmerica

Until my last breath, I will fight this hatred for women.

Republicans have spent decades packing the courts, even stealing two seats. It is now up to the people and our elected representatives to defend our fundamental rights.

“Whatever the exact scope of the coming laws, one result
of today’s decision is certain: the curtailment of women’s
rights, and of their status as free and equal citizens.”

Trying very hard to turn despair into anger, resolve, solidarity, and a promise to myself to put more of my energy and effort into making them rue this day.

Welcome to the wild fuckin west, y’all. Giddy the hell up to that voting booth in November.

A friendly reminder that five out of six conservative Justices on the Supreme Court were appointed by Presidents that lost the popular vote.

Elections have repercussions! 6-3 court leading us to the Handmaid’s Tale can all be traced to the “I’m gonna sit this one out” folks of the 2016 elections.

With the gun ruling and abortion, this is the week that the majority of Americans lost faith in the Supreme Court. It is nothing more than an arm of the GOP now.