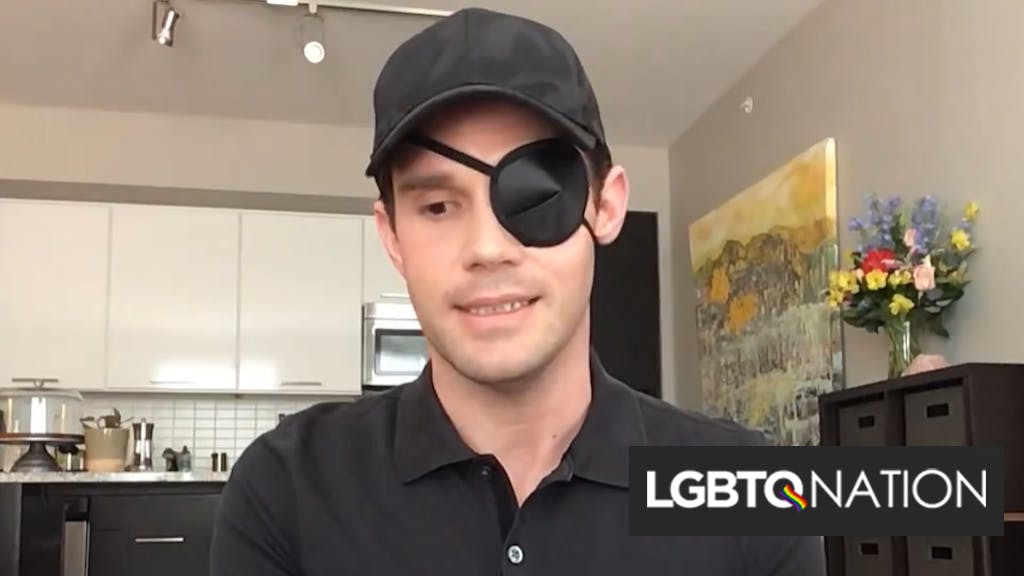 A regional Emmy-award winning news reporter from Minnesota may have been the victim of an anti-gay hate crime and is at risk of permanent damage to his vision.

Matt Belanger is a reporter with KSTP-TV 5 Eyewitness News in Minneapolis, and late last week he posted a video to Facebook while wearing an eyepatch, explaining to his viewers why he hasn’t been on TV recently.

Related: Gay man’s face was cut up with a meat cleaver in vicious hate crime

In the video, Belanger said that he was waiting to take a train to work on the morning of May 12 when he was attacked by an unknown man.

“A man, who I do not know, suddenly from close range threw something at my face,” he said in the video. “It had enough force to cause some damage to my left eye. And that’s why I’m wearing the eye patch here, to protect my eye as it heals.”

He was taken to the hospital where he was told that he suffered a corneal and ocular abrasion, which could result in permanent vision damage. He also had internal bleeding.

Using security camera footage, police arrested Vennie Jerome Williams, 39, in connection to the assault. According to Out, police said that Williams “made statements indicating that he assaulted [Belanger] because he perceived that [he] was homosexual” while he was in custody.

Belanger told his viewers that he plans to return to work once he has healed.

“It’s hard, honestly, to be at home sidelined right now at a time when our viewers, I feel, need journalists on TV perhaps now more than ever,” he said. “I miss you all, and I’ll be back very soon.”

A Message From Matt

Thank you to everyone who has reached out to me since I was injured on my way to work this week. I’m doing my best to respond to all of you and wanted to share this message with an update on my recovery. I’m looking forward to seeing you again soon on KSTP-TV.

Williams has been charged with third-degree assault causing substantial bodily harm and harassment with intent to injure. He could get up to 10 years in prison if convicted.