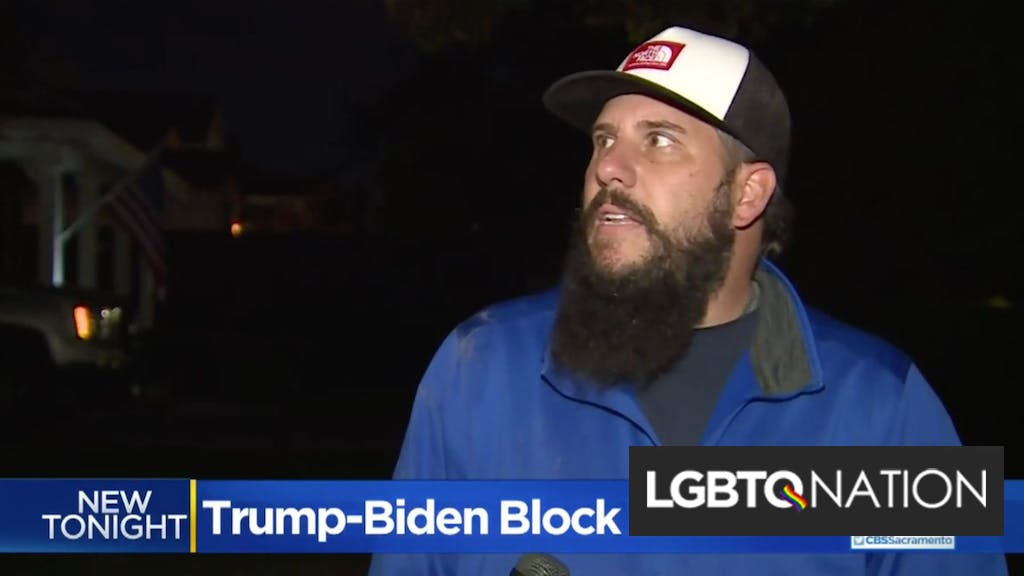 California Donald Trump supporter Michael Mason says his neighbors, who support President-elect Joe Biden, have “bullied” his family so much he was forced to file for a restraining order.

Mason told local news that he was ready to move out of the area because his family didn’t feel welcome. The event that seemed to set him over the edge was when neighborhood children drew pro-LGBTQ art on the sidewalks outside of his home in a cul de sac.

“I didn’t want to do this,” Mason said outside of his home that is festooned with pro-Trump banners. “They’re making me have to do this.”

“I’m tired of getting harassed all the time. My kids don’t want to come outside.”

He showed the news video of the neighbor’s children taunting his kids after Trump lost the election. He also complained that the kids wrote “Black Lives Matter” outside of his house along with a drawing of a rainbow flag with “Support LGBTQI rights!”

“I went down there and asked them, ‘Well, why didn’t you write this in front of your house? Or anyone else’s house?’ and they just laughed at me,” he complained.

The uninvolved neighbor who lives between the dueling households may have summed the situation up best by declaring it “insane,” adding, “2020 has been kind of a crazy year for everybody.”