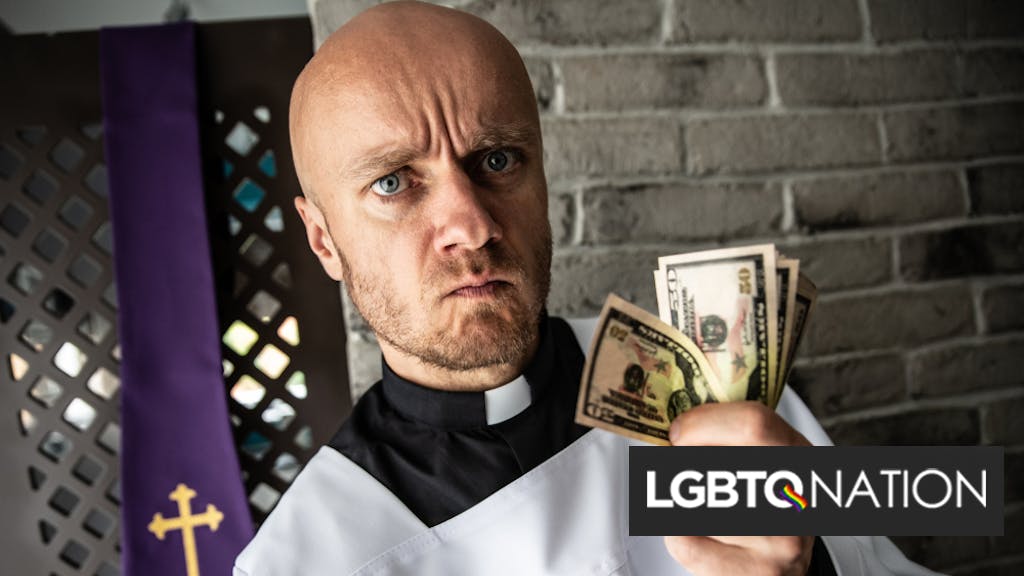 According to several sources who worked with Donald Trump during his time as a businessman, candidate, and president, he regularly mocks evangelical Christians, Jews, and Mormons.

Trump, however, does admire one subgroup of Christianity – prosperity gospel preachers and televangelists who convince their followers to make them rich.

Related: Pence tells evangelicals to pray for “four more years” if they want to get rich

During the lead-up to the election, then candidate Trump held a meeting at Trump Tower with evangelical leaders who wanted to bless his campaign. They “laid hands” on the president, physically touching him while praying in a blessing that serves as part of their religious beliefs.

“Oh my god,” Cohen told Atlantic reporter McKay Coppins, who is Mormon. “How many times did he bring up Mitt Romney and the undergarments.…”

Coppins recounts other conversations he had with various officials and former employees who verified that Trump is particularly dismissive of religion, considering it one of the greatest cons of all time.

“I always assumed he was an atheist,” Barbara Res, a former executive at the Trump Organization, told Coppins.

In one encounter, Trump delighted in mega-church pastor Creflo Dollar’s quest to “scam” $60 million from his followers to buy a private jet.

“They’re all hustlers,” Trump said, adding that Dollar was “full of shit.”

“He was completely familiar with the business dealings of the leadership in many prosperity-gospel churches,” a former campaign advisor told Coppins while recounting showing Trump video of televangelist Benny Hinn performing “faith healings.”

“Man, that’s some racket,” he said in awe of the ungodly rich minister’s ability to wring dollars out of believers.

Falwell, one of the president’s first major evangelical supporters, has gone down in flames over a sex scandal involving his wife and another man. Other men have also come forward to say they had relationships with both of the Falwells; photos and screenshots of phone messages have been offered up as proof of the allegations.

Cohen was also representing Falwell around the time the religious leader endorsed the Trump campaign. Cohen was caught on audio telling actor Tom Arnold that a man had compromising photos of Falwell’s wife, sparking speculation that Falwell’s endorsement was coerced.

A White House spokesman told Coppins that “people of faith know that President Trump is a champion for religious liberty and the sanctity of life, and he has taken strong actions to support them and protect their freedom to worship. The president is also well known for joking and his terrific sense of humor, which he shares with people of all faiths.”