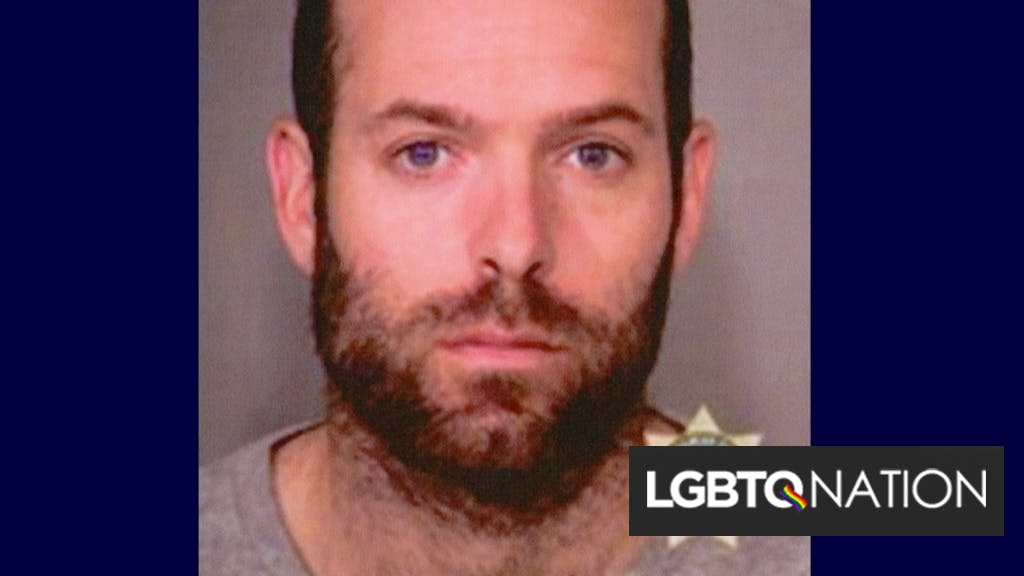 A Trump supporter in Washington state who’s running for election this year stole a church’s rainbow flag, called it the “sodomite flag,” and threatened to do it again if the church put a new one up.

Daniel Charles Svoboda, 41, is running for the state House as a member of the “Trump Republican Party,” and he could be facing charges of harassment and malicious mischief for stealing a Pride flag.

Related: A church’s rainbow flag was burnt to cinders in what could be a felony hate crime

Police said that they were called to the Seabold United Methodist Church on Bainbridge Island after Svoboda removed the rainbow flag from outside the church on July 20. Two people who work with developmentally disabled people at the church saw him.

“If it gets put back up, I will take it down,” he allegedly said while wearing a red shirt that said “Trump” on it.

One of the witnesses said he looked “very angry” and had to be asked to leave three times before he got in a car and drove away. A worker took a picture of the car and the police were able to find Svoboda through the vehicle’s registration.

Police said that he admitted to taking the flag and said that he should have a right to be on church property because it’s a non-profit organization.

“Svoboda also asked how he should go about having the flag removed from the church property,” the police report says. “Svoboda said that if he was flying a ‘White Lives Matter’ or a Confederate flag that he was sure he would be forced to have it taken down.”

Svoboda told the Port Townsend Leader that the flag “sends the wrong message to the very world that the church is supposed to be saving.”

“The mission of the church/body of Christ is to be a beacon of light unto a lost, dark and hurting world and to be a place of salvation from one’s own sins,” he wrote in an email. “The church has lost her way and fails to communicate this message when it flies a sodomite flag.”

Svoboda doesn’t have a background in politics and is not running as the Republican candidate in the race, instead, naming the “Trump Republican Party” as his party affiliation.

In the primary election voters guide, he took a firm stance against equality for LGBTQ people, women, and racial minorities: “No more special rights for women, people of color, homosexuals and those that wish to misrepresent their gender, tribes, and illegal aliens and anyone else that believes they deserve special rights. I am pro life and do not believe in a women’s right to vote or kill their child.”

He has been caught harassing LGBTQ people in the past. In 2015, he was arrested for allegedly climbing up the Silverado gay bar in Portland, Oregon to steal their rainbow flag.

In 2016, he was working as a taxi driver and he stopped his car in front of the LGBTQ Scandals Tavern in Portland, pulled out a bullhorn, and started preaching. He was fired by the cab company.

He allegedly returned to the bar in 2017 and harassed people on the same day that Donald Trump announced his transgender military ban on Twitter.

The church has asked the prosecutor’s office to pursue criminal charges against Svoboda. Charges have not been filed, but police said that he will probably face misdemeanor charges.

“Clearly he has a history and we happened to be one of his historical victims, for lack of a better term,” said Rev. Cindy Roberts. “Somebody needs to get him headed toward reconciliation.”

She said that the church’s rainbow flag has been stolen in the past and that they had to raise funds to buy the one that Svoboda stole.

“We wanted to do something to let the greater community know that that was a justice issue for us,” Roberts said.

“We are doing what we think we are called to do. Part of that is reaching out to those who interpret our mission or try to tell us what we believe.”