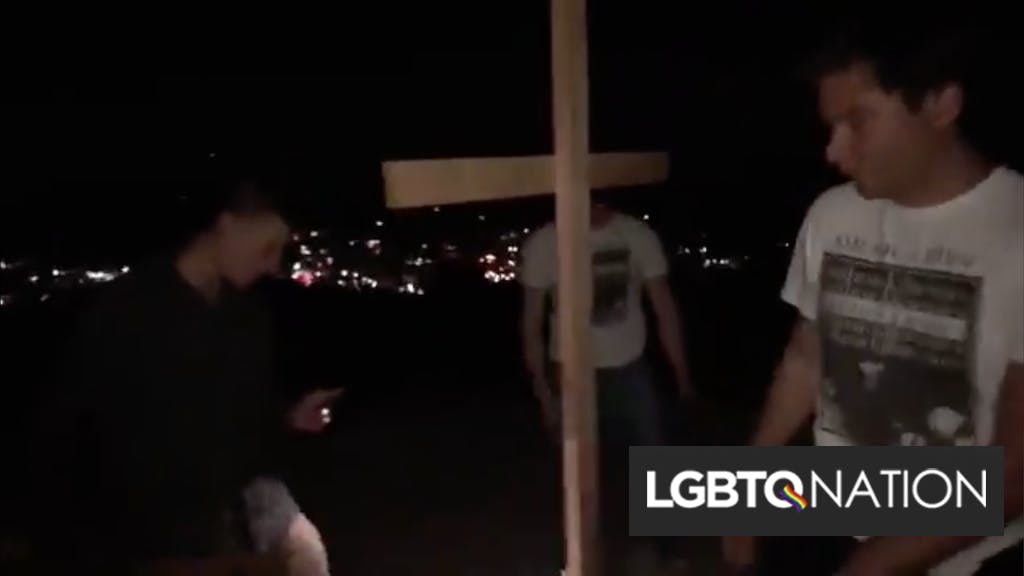 The latest turn in the mystery monolith saga of 2020 has come.

Since an unexplained metal “monolith” was found in an “inaccessible” canyon in the deserts of Utah on November 18, several more have appeared across the world. The second confirmed finding of an similar structure was across the world in Piatra Neamt, Romania on November 27.

Related: Cowardly Nazi gets confronted by strangers as he posts hateful stickers all over a California town

That same day, the one in Utah disappeared, seemingly unexplained.

That is, until outdoor “enthusiasts” revealed in a statement they removed the structure in efforts to protect the environment, in their belief that tourism and extra foot traffic would be detrimental to the natural formation of the area. “The dismantling of the Utah Monolith is tragic — and if you think we’re proud — we’re not,” they said in a joint statement online.

Remarked as slabs that “look like alien artifacts… heavily reminiscent of the monoliths of Stanley Kubrick’s sci-fi classic 2001: A Space Odyssey,“ the second one in Romania also vanished on December 2 – but actually without a clear explanation.

This happened just in time for the third one to appear at the peak of Pine Mountain in Atascadero, California, which is exactly the same distance from Los Angeles in the state’s south, and San Francisco in the state’s northern region.

In true X-Files fashion, there are plenty of skeptics, but a number of believers, that the monoliths could have any supernatural significance.

One thing is for sure – if the third structure was going to be any proof of it, we can never be sure now. The pattern of one appearing as the other disappears has been broken.

On December 3, at least four Trump supporters made a five-hour, 500-mile long drive to the monolith in Atascadero and took it down overnight, streaming their entire trip online. Unlike the Utah environmentalists, though, they didn’t seek to protect the environment, or express remorse.

Unironically, the non-residents of the area wanted to show they were against “illegal aliens,” whether they came “from Mexico or outer space.” They claimed that they were supposedly military veterans and were acting “on direct orders of QAnon and President Trump himself,” one person in the videos said, the New York Times reports.

“Let’s tear this b***h down,” one is heard saying. “Tell the alien overlords they are not welcome,” another encouraged. One of them wore a “Make America Great Again” headband.

The person recording for part of one video further remarked with disdain, ” f**k this gay a** monolith” after the group had taken turns kicking it.

The recorded streams have since been taken down from the website they were posted on, DLive.tv. Parts of the video were posted online by the apparent streamer, who Motherboard reports has previously promoted QAnon and “Stop the Steal” conspiracies in their videos and tweets, in addition to their “vulgar, racist” behavior in the videos.

In the monolith’s place, the men put up a wooden cross instead, because “Christ is King,” as they chanted throughout the video. The cross has since been removed as well.

They claimed the trip proves how much they love Jesus Christ and how this will make “America First.” Posing in a photo with the cross, one of the men claimed that “it was a learning experience.”

“Nobody got arrested. It was fine, because it was funny,” they snickered.

The Atascadero Police Department since announced it is “looking into this incident further,” and will “provide updated information as soon as it’s available.” They ask anyone with information to contact them at (805) 461-5051.

Atascadero’s mayor, Heather Moreno, made a statement condemning the unwelcomed visitors for “com[ing] into our community and vandaliz[ing] the monolith.”

“The monolith was something unique and fun in an otherwise stressful time,” she said.

But before the group could bask in their “funny” stunt for a weekend, the Atascadero News announced, “the ‘Monolith’ Returns.”

How? “It seems like a few locals wanting to spread some hope and love after a difficult year,” the local newspaper initially reported, pledging to have an update to the saga soon.

The first monolith was described as “a vast triangular prism, 10 to 12 feet tall” with a “a flat, reflective surface,” that took about four men to remove, and it was believed to have been in place for at least four years. According to Vox, the second one had minor differences. Namely, it wasn’t as reflective.

The third one was apparently ten feet tall and 18 inches wide, making it narrower. Further, it wasn’t embedded in the ground and could easily be moved around by any human that came across it – which ultimately happened.

A group known as “The Most Famous Artist” have subsequently taken credit for the monoliths online, even claiming they can make them available for sale. A family has also taken credit, specifically for the California monolith, saying they made a copy in honor of 2001: Space Odyssey.

Sightings of “other” monoliths have happened, although there’s doubt to if they are related. One was seen in Pittsburgh, one in Minnesota, another in Las Vegas, and another on the campus of University of Hawai’i, Mānoa.