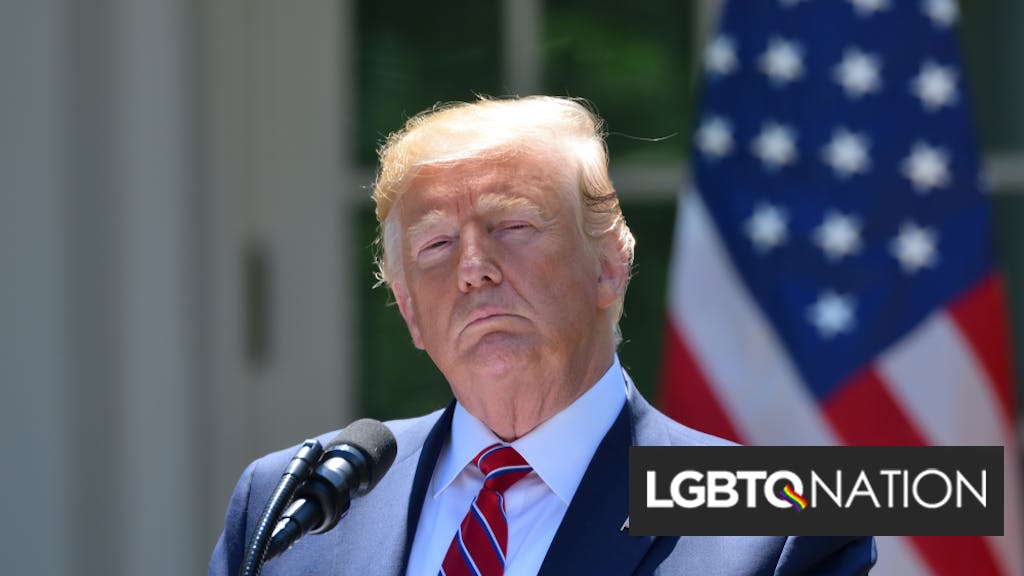 In the middle of a global pandemic, the Trump administration has finalized a rollback of discrimination protections for transgender people that were part of the Affordable Care Act (ACA). The move comes during Pride month and on the anniversary of the mass shooting at Pulse nightclub that left dozens of LGBTQ people dead.

The Department of Health and Human Services (HHS) will only recognize “sex discrimination according to the plain meaning of the word ‘sex’ as male or female and as determined by biology.” Under former President Obama, the ACA’s prohibitions on discrimination based on sex were inclusive of transgender identities.

LGBTQ equality advocates said that the change would allow hospitals and health care workers to discriminate legally. The Human Rights Campaign quickly announced that it plans to sue to stop the change.

“LGBTQ people get sick. LGBTQ people need health care. LGBTQ people should not live in fear that they cannot get the care they need simply because of who they are,”said HRC President Alphonso David.” It is clear that this administration does not believe that LGBTQ people, or other marginalized communities, deserve equality under the law.”

“But we have a reality check for them: we will not let this attack on our basic right to be free from discrimination in health care go unchallenged. We will see them in court, and continue to challenge all of our elected officials to rise up against this blatant attempt to erode critical protections people need and sanction discrimination.”

The legal organization GLAD is already challenging the denial of healthcare to a transgender man under the ACA’s non-discrimination statute. The case alleges, among other claims, that Alexander Pangborn’s employer violated the ACA by categorically excluding insurance coverage for transgender people’s medical needs relating to gender transition.

“Unfortunately, the new rule is likely to confuse healthcare practitioners, insurers, and employers, and invites providers to turn away transgender people when seeking basic medical care. This is yet another callous policy coming from an administration intent on appeasing the far-right and ignoring sound legal and medical policies.”

“Shameful. On the four-year anniversary of Pulse, in the middle of Pride Month, and during a pandemic, Trump has taken a knife to protections against health care discrimination put in place by the Obama-Biden administration,” DNC Chair Tom Perez said.

“This illegal attack on the health of LGBTQ+ Americans and other marginalized communities is appalling, but tragically unsurprising. Trump and Republicans have made it their mission to undermine the rights of LGBTQ+ people — in school, at work, at home, in the military, in social services, and in health care. And they will stop at nothing to rip health care away from millions of Americans.”

“Respect for the diversity of patients is a fundamental value of the medical profession and is reflected in long-standing AMA policy opposing discrimination based on race, gender, sexual orientation, gender identity or a woman’s decisions about pregnancy, including termination,” said Susan R. Bailey, M.D., the President of the American Medical Association.

“The federal government should never make it more difficult for individuals to access health care — during a pandemic or any other time.”