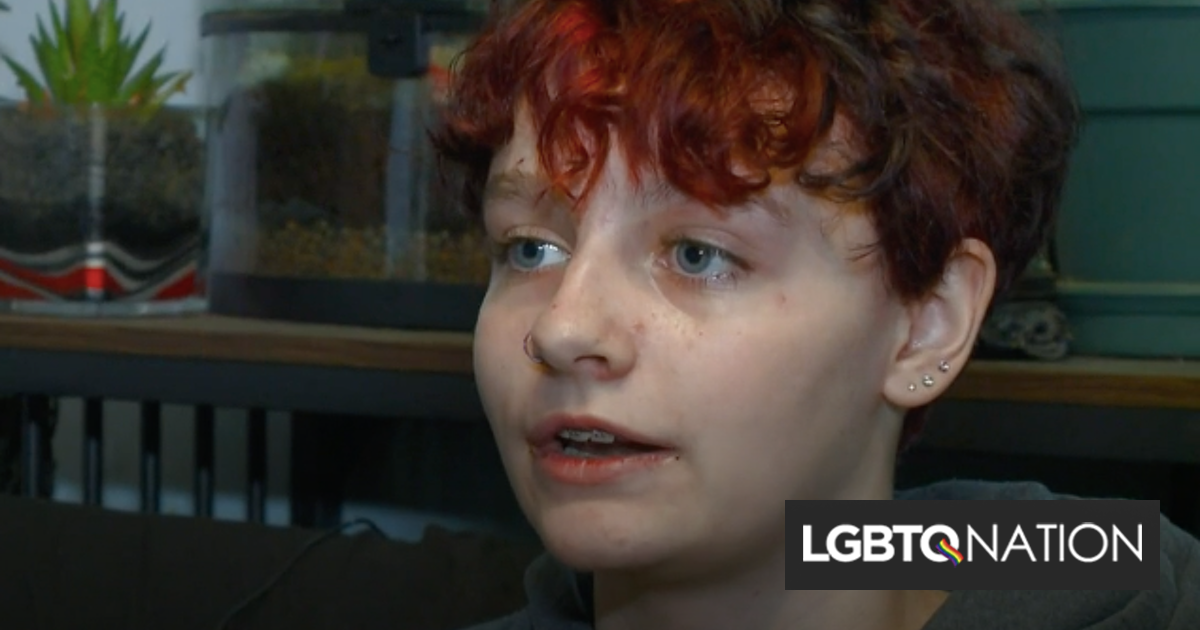 When 13-year-old Ian Ring began transitioning last year, his mother’s biggest fear was that he’d get beaten up for being trans.

That fear recently came true. When it happened, Ring’s fellow classmates laughed then widely shared video of his assault on the social media platform Snapchat.

Related: Pee Wee Herman & Ginger Spice will star in an animated film about a transgender fish

Now, Ring — a transgender 13-year-old seventh-grader at Dr. Jonas E. Salk Middle School in Spokane, Washington — and his family have filed assault fourth-degree assault charges against his attacker. Police say they’re investigating whether Ring’s trans identity motivated his attacker, something that would turn the assault charge into a hate crime.

The attack happened while Ring was waiting for the school bus. He had heard his bully and their cronies call him anti-trans slurs a few weeks ago, but Ring had hoped that the bullies would move past it.

“Earlier that day, [my bully] had said something about after school, but I didn’t really hear because I wasn’t paying attention to them,” Ring told news station KXLY. “And then I was walking towards the area where my bus picks up.”

While waiting at the bus stop, Ring said a friend notified him that his bully was behind him.

“I turned around, he pushed me, and then I pushed him back,” Ring said. “And he got closer, and he punched me. And then he continued from there, then I had taken his glasses off him to try and get him away.”

Instead of helping, Ring’s classmates just watched, laughed and recorded the attack on their cell phones.

After the attack, KXLY reporter Rania Kaur wrote, “Tonight [Ring] has bruises on his face, is slurring his speech, and marks on his neck because of the whiplash.” Ian also wears braces and has a loose tooth because of the fight, Kaur wrote.

Ring’s mother has said she had spoken to Ring before about the possibility of his being targeted for transphobic violence.

“The conversation that we have always had about these kinds of issues is to walk away, not make yourself a target, especially when you’re alone and not with family,” Sara Ring said. “He’s gone to the mall a few times and was wearing sweaters that are promoting identity, and you need to be very careful. Like, this is an issue, and if your family’s not there to protect you, [you] can’t just be yourself without worrying about even adults coming after you.”

Ring’s father has started driving him to and from school to help his son avoid further attacks. The school has said that it is also investigating the attack. Ring said he hasn’t seen his attacker since the assault occurred.

A recent survey from the queer youth suicide prevention organization The Trevor Project found that 52 percent of LGBTQ middle and high school students had been bullied over the last year.

Transgender and non-binary students were among those who experienced the highest levels of bullying. The survey also found that bullied LGBTQ students were three times more likely to attempt suicide than students who weren’t bullied.