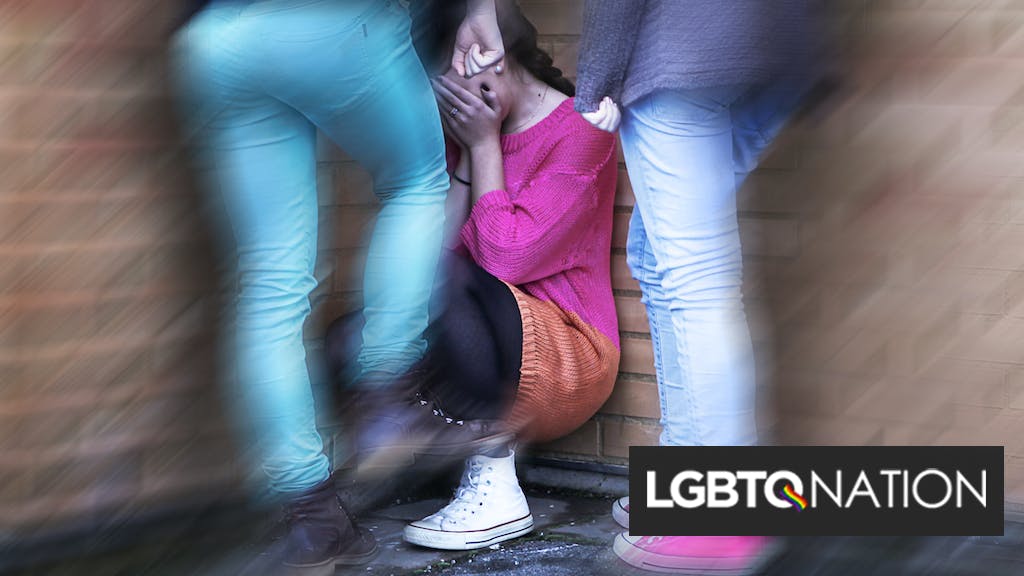 A group of teenagers in Moose Jaw, Canada reportedly recorded their August 27 attack of a transgender girl. Police have started investigating after the video began circulating on Snapchat, Facebook, and other social media.

According to CBC News, the video shows the cornered girl with ripped clothes and mangled wig crying and begging to leave.

She reportedly cries, “I want to go home,” and “Leave me alone, I’m going home.”

Someone replies, “No you’re not.” Another demands that she stop crying. The group alternately tells her to “Sit the fuck down” and to “Just bow down, bow the fuck down.”

After seeing the video online, Taylor Carlson — executive director of Moose Jaw Pride, a local LGBTQ advocacy organization and of the Saskatchewan Pride Network, an affiliation of LGBTQ-supportive people and organizations — contacted the child and her family to see if she was alright. Carlson also asked social media users to stop sharing the video out of concern for the child’s privacy and dignity.

“She is a wonderful, smart, curious and empathetic girl who is deserving of every kindness,” Moose Jaw Pride wrote on Facebook. “She also deserves the full and complete accountability and determined advocacy on her behalf from all responsible adults in her life – including those who now find themselves tasked with determining appropriate next steps in her healing and justice pathways.”

Carlson said, “It’s a devastating and horrific thing to have happen to you, and of course also to have happen to the LGBTQ2 community. It can feel very, very disheartening to know that violence against LGBTQ2 people still occurs.”

Staff Sgt. Randy Jesse of the Moose Jaw Police Service (MJPS) said that police only became aware of the attack after the video began circulating online. Police believe the attack occurred near the Westmount Elementary School and say that the survivor received no serious physical injuries.

Nevertheless, MJPS is now investigating. While it has not yet pressed charges against anyone, hate crime charges could be pursued if the attack was found to be motivated by the child’s gender identity or sexual orientation.

In the meanwhile, Carlson asked the MJPS and the Prairie South School Division, whic h has an active Gender-Sexuality Alliance club and gender studies course, to advocate for the survivor and to reach out to Moose Jaw Pride and the Saskatchewan Pride Network to hold community meetings about the attack.

“A support network that has formed around her is ensuring that she’s protected and feels as safe as possible given the circumstances,” Carlson said.