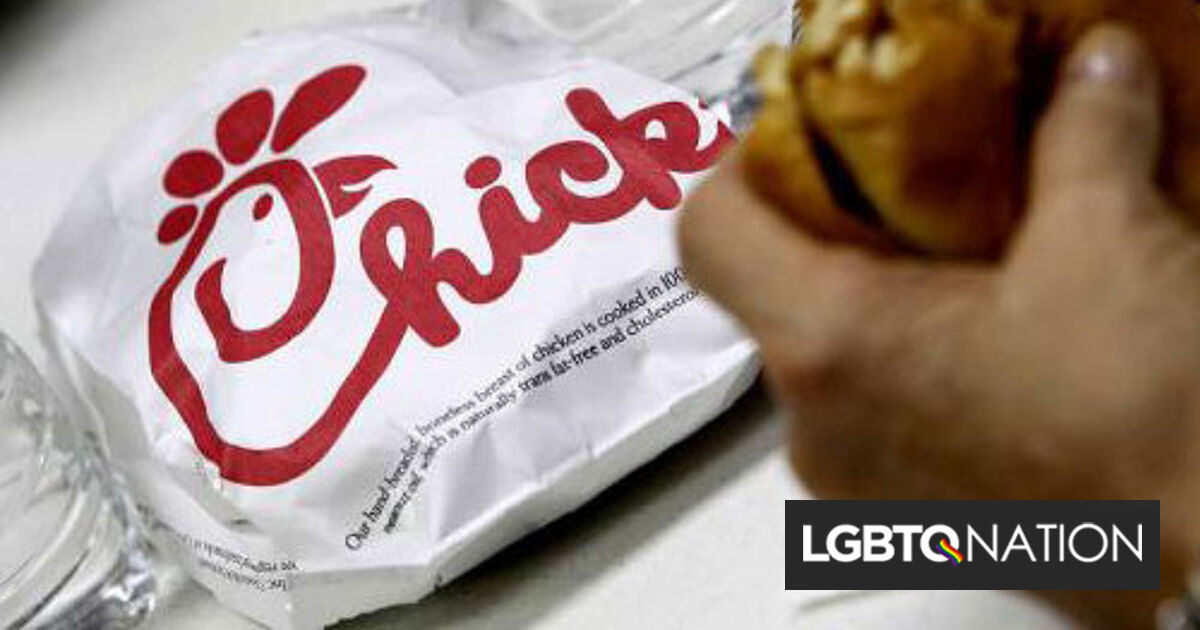 A transgender woman is suing a franchise of the notoriously anti-LGBTQ fast-food chain Chick-fil-a for harassment and wrongful termination after she was allegedly subjected to homophobic comments and sexual harassment.

Aaron White had barely started her first day of training to become director of operations at a Chick-fil-a location in Decatur, Georgia when a co-worker allegedly sexually harassed her by saying, “I would eat your a*s and p***y” and “On God, I will f**k the s**t out of you.”

The on-duty shift leader reportedly told White to share what happened with the franchise owner, Joe Engert. Engert allegedly replied by telling White that “it should be an honor… [as] a transgender woman that someone liked her enough to hit on her,” White’s lawsuit states.

After Engert spoke with the accused employee, the employee allegedly began making violent, racist, and homophobic threats referencing White, including statements such as, “On God, I’m not with that gay s**t,” and “Hell nah, I’ll beat that gay [n-word] a*s.” White said the employee was never reprimanded, and that Engert said he would have to investigate White’s behavior if she continued reporting claims of harassment.

As word of White’s trans identity began to spread, other employees began to misgender her and direct homophobic comments at her, White alleges. Some employees claimed that the bad scent coming from a broken pipe in the restaurant had actually come from White’s hormone replacement therapy.

Engert later fired White for tardiness and for abruptly leaving her shift. But White says Engert didn’t fire other employees at her same level who had also been tardy. She also said she had received approval to leave her shift early, alleging that Engert only fired her for her LGBTQ identity.

“Defendant [Engert] did not take reasonable steps to correct the situation or prevent the harassment from recurring after being notified by Plaintiff [White] on numerous occasions,” White’s court filing states.

White now seeks damages for emotional pain and suffering, inconvenience, mental anguish, loss of enjoyment of life, lost wages, and other non-financial losses. She filed her lawsuit in the U.S. District Court for the Northern District of Georgia.

Though Chick-fil-A franchises are individually owned, the fast-food chain has been synonymous with anti-LGBTQ ideology since 2012 when it was caught making donations to anti-LGBTQ organizations that oppose marriage equality and support conversion therapy. When asked about the company’s donations, then-CEO Dan Cathy said that the company was “guilty as charged” because they want to promote “the biblical definition of the family unit.”

Chick-fil-A later said they would stop funding organizations with “political agendas.” But years later, they were caught donating to anti-LGBTQ groups yet again. In June 2021, Cathy was caught using the profits gained from the company to fund hate groups that helped pass anti-transgender bills all over the country as well as a campaign to stop the Equality Act from becoming law.