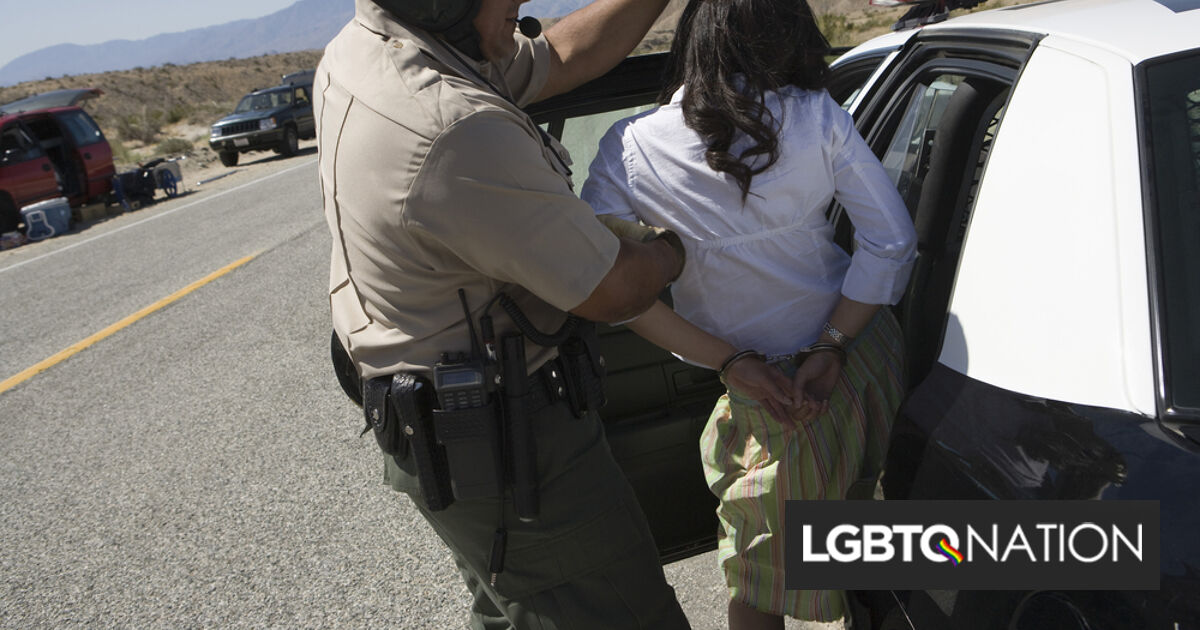 In Colorado, a transgender woman faced a humiliating body cavity search at the hands of the El Paso County Sheriff’s Office in 2020 when she was arrested during a George Floyd protest.

Then, when McGinn was made to take a shower, five male deputies watched the body cavity search and McGinn showering, laughing at her as she showered.

McGinn is suing the El Paso County Sheriff’s Office for emotional distress after the humiliating experience.

The suit states that the way El Paso County, a predominantly Republican enclave within the more liberal state of Colorado, treats transgender inmates and individuals is discriminatory and unconstitutional.

And this isn’t the first time a situation such as McGinn’s has occurred in El Paso County.

The suit also tells the story of Darlene Griffith, another transgender individual that faced the cruelty and humiliation of the El Paso Sheriff’s Office in the same year of 2020.

Griffith was subject to the same type of body cavity search by a male deputy who made obscene statements at her while she was being searched.

None of the other deputies a part of Griffith’s search were disciplined for their inappropriate behavior.

“What happened to Ms. Griffith is another example of the derogatory actions that are customarily inflicted on transgender women at the El Paso County jail,” the suit states.

Sheriff Bill Elder is named in the suit for allegedly promoting anti-transgender treatment.