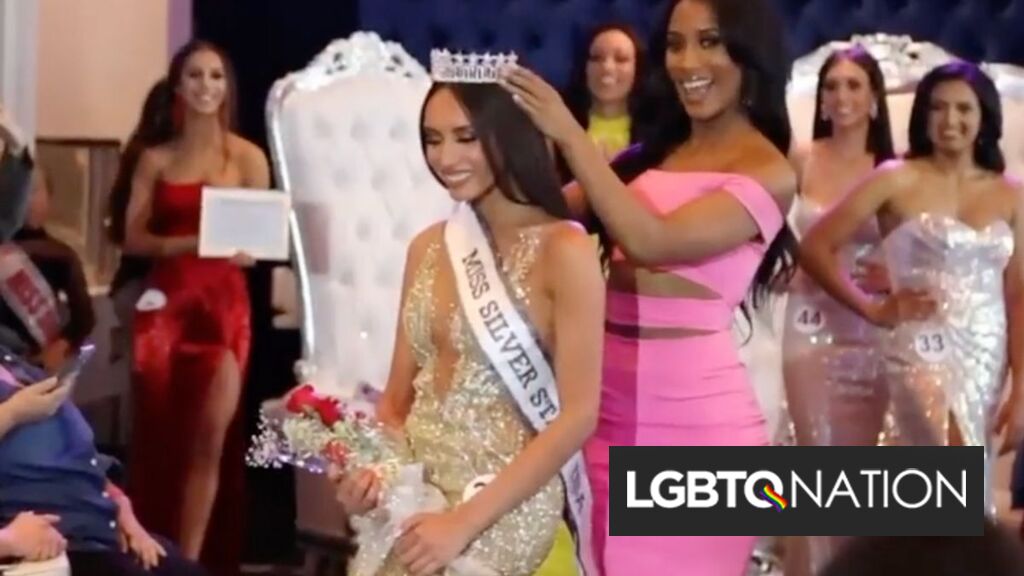 Kataluna Enriquez has made history by becoming the first out transgender woman ever to win the Miss Silver State USA beauty pageant, the state’s largest preliminary competition. Because she won, she will go on to compete in the Miss Nevada USA pageant. If she wins that, she’ll compete for Miss USA, and if she wins that, she’ll go on to compete for Miss Universe.

The 27-year-old champion previously competed in a 2016 transgender pageant, but she began competing in cisgender pageants last year. She is now using her platform partly to discuss the challenges she has faced as a trans person and pageant competitor.

“With pageantry, people think it is only about beauty,” Enriquez told the Las Vegas Review-Journal. “But it’s how you present yourself, what you advocate for, what you’ve done, and the goals you have.”

She told the publication that she experienced bullying from classmates and her school as a young student. Her school wouldn’t allow her to use either the boys’ or girls’ bathrooms.

She also said that a former pageant once required her to undergo a medical examination and submit a doctor’s letter certifying that she was in fact female, an invasive requirement not asked of any other competitors. That competition’s organizers also didn’t give her a roommate during the pageant, something given to every other woman who competed.

During the interview portion of the Miss Silver State USA beauty pageant, the host asked her to describe a challenge she had faced.

“Growing up, I was often told that I was not allowed to be myself, or to be in spaces that I was not welcome,” she replied. “One of the obstacles I encounter every day is just being true to myself. Today I am a proud transgender woman of color. Personally, I’ve learned that my differences do not make me less than, it makes me more than. And my differences are what makes me unique, and I know that my uniqueness will take me to all my destinations, and whatever I need to go through in life.”

She will compete for the title of Miss Nevada in June. Although some judges and competitions may be biased against her trans identity, she said that she’s determined to use her platform to challenge prejudice and raise awareness about mental health access.