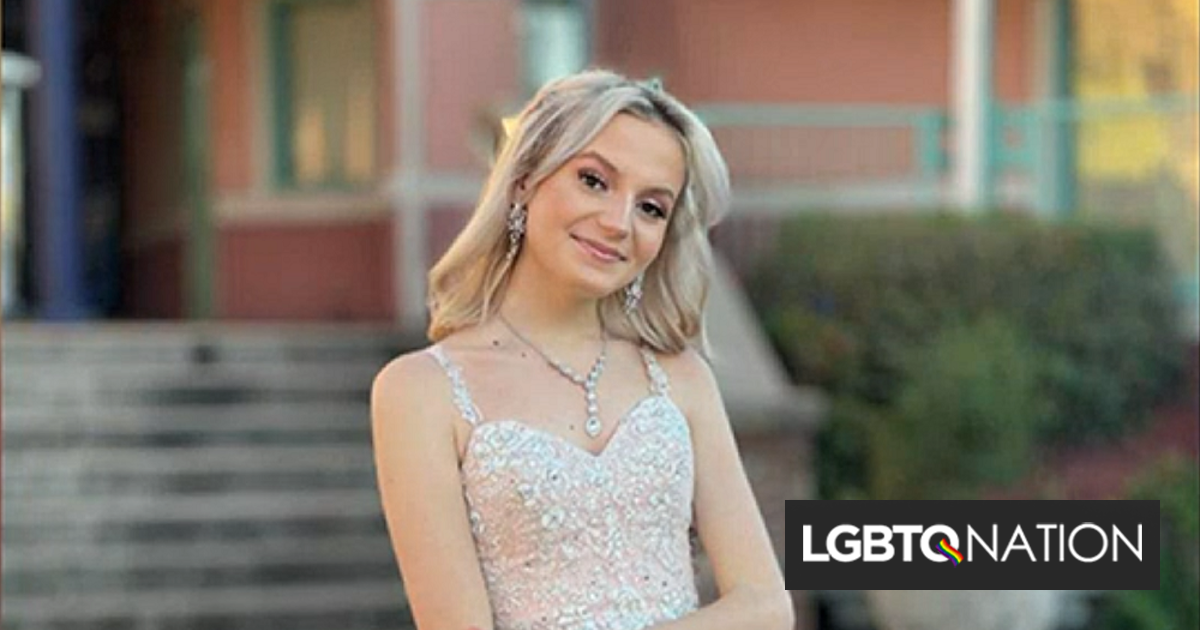 A 14-year-old transgender girl was kicked out of a faith-based summer camp that she volunteered at because of her “life choice.” But the camp is now saying that they’re not transphobic, they were just worried about the girl’s safety.

Elizabeth Clark went to the first two days of a week-long session of Connect Camps in Cordele, Georgia, when her family got texts telling her not to come back.

Related: A thousand people turned out to support a transgender teen who was attacked at school

“Our team was advised that Elizabeth had made a life choice that unfortunately is causing some distraction at camp,” the text message said. “We have agreed it would be best that Elizabeth not return, allowing us the opportunity to meet our promise of a remarkable for the campers.”

“I was surprised that people who were just preaching about love and accepting everybody to come out and tell me it was best that I not return,” Clark said.

She said she was particularly hurt that the text used the word “choice,” since she doesn’t experience her gender as a choice but instead as a fact.

“If it was a choice, I wouldn’t choose to be a part of the LGBTQ community or be trans because I wouldn’t want to put myself through the struggles that other people don’t have to go through,” she said.

The counselor who sent the message – Connie Bivens – talked to WALB and said that the real issue was safety. She had heard some of the girls at the camp talking badly about Clark, so she talked about it with other counselors and they agreed that they couldn’t assure Clark’s safety so they told her to stay home for the rest of the week.

“Our choice, our decision was based on ‘can we keep her safe and can she have a wonderful time at camp,’” Bivens said. “We felt we couldn’t do that, and it had nothing to do with Lizzie being transgender,” she said.

Bivens said that the girls who were speaking badly about Clark were sent home as well, so it’s unclear why she was still worried about the teen’s safety. She said that Clark could come back to camp, but not as a volunteer in a leadership position, just as a camper.

Clark decided not to go back for the rest of the week.

“I know that we’re seen as outcasts and different,” she said. “I hope that people will open their eyes and realize we’re just the same as everybody else. We bleed red and we’re all human We deserve the same treatment as anybody else.”