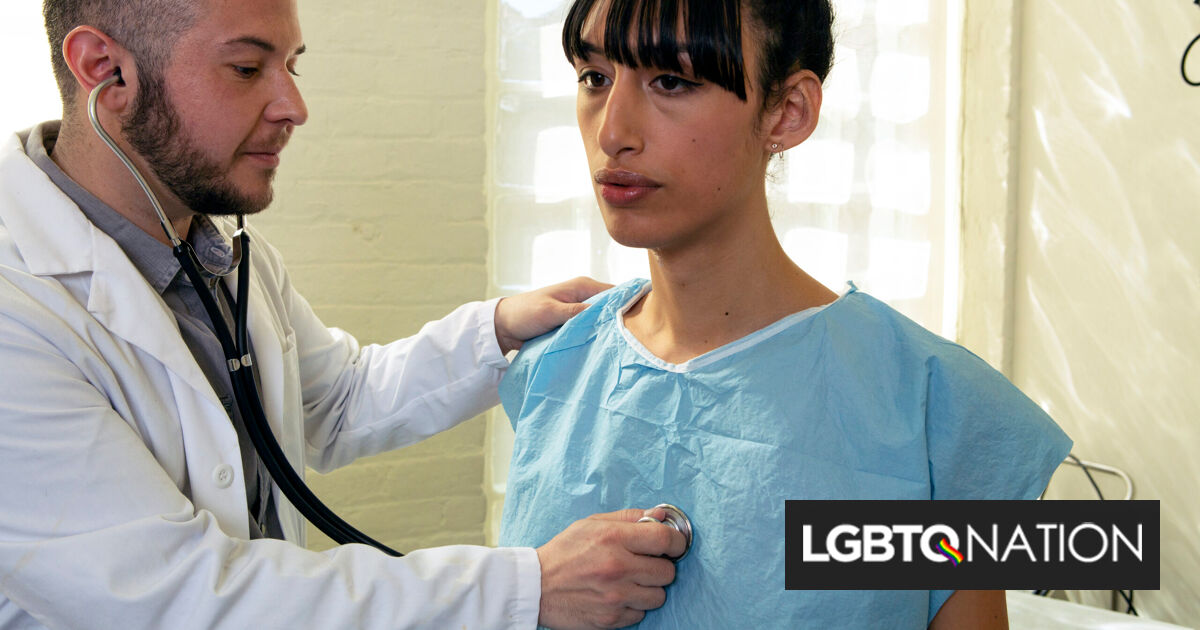 Since 2013, the state’s Medicaid program has denied coverage for “[s]urgical or pharmaceutical treatments associated with gender dysphoria or any physical, psychiatric, or psychological examinations, testing, treatments or services provided or performed in preparation for, or as a result of, sex transformation surgery.”

In November 2020, a class action lawsuit on behalf of two transgender men, Christopher Fain and Zachary Martell, was filed by the LGBTQ advocacy organization Lambda Legal, attorney Nichols Kaster, and The Employment Law Center. Martell is in a same-sex marriage.

The state’s discriminatory exclusions on gender-affirming care had caused the men to be denied coverage for hormone replacement therapy and mastectomies. The men had to pay for hormones out of their own pockets.

Furthermore, the lack of access to surgery and supportive therapy worsened their gender dysphoria.

The act also says that a state “Medicaid agency may not arbitrarily deny or reduce the amount, duration, or scope of a required service… to an otherwise eligible recipient solely because of the diagnosis, type of illness, or condition.”

West Virginia’s exclusions were also unlawful under federal constitutional and statutory guarantees of freedom from discrimination based on sex and gender, the men’s lawyers argued.

The lawyers also pointed out most major U.S. medical organizations have all recognized that gender-confirming care is medically necessary, safe, and effective treatment for gender dysphoria — and that access to such treatment improves the health and well-being of transgender people.

“Each of these groups has publicly opposed exclusions of insurance coverage by private and public health insurers, like
the Exclusions at issue here,” the lawyers wrote in their lawsuit.

In response to the judge’s ruling, Fain said, “This is a victory not only for me but for other transgender Medicaid participants across West Virginia. This decision is validating, confirming that after years of fighting to prove that gender-confirming care is medically necessary, we should have access to the same services that West Virginia Medicaid already provides to cisgender participants. Transgender West Virginians should never feel as if our lives are worth less than others.”