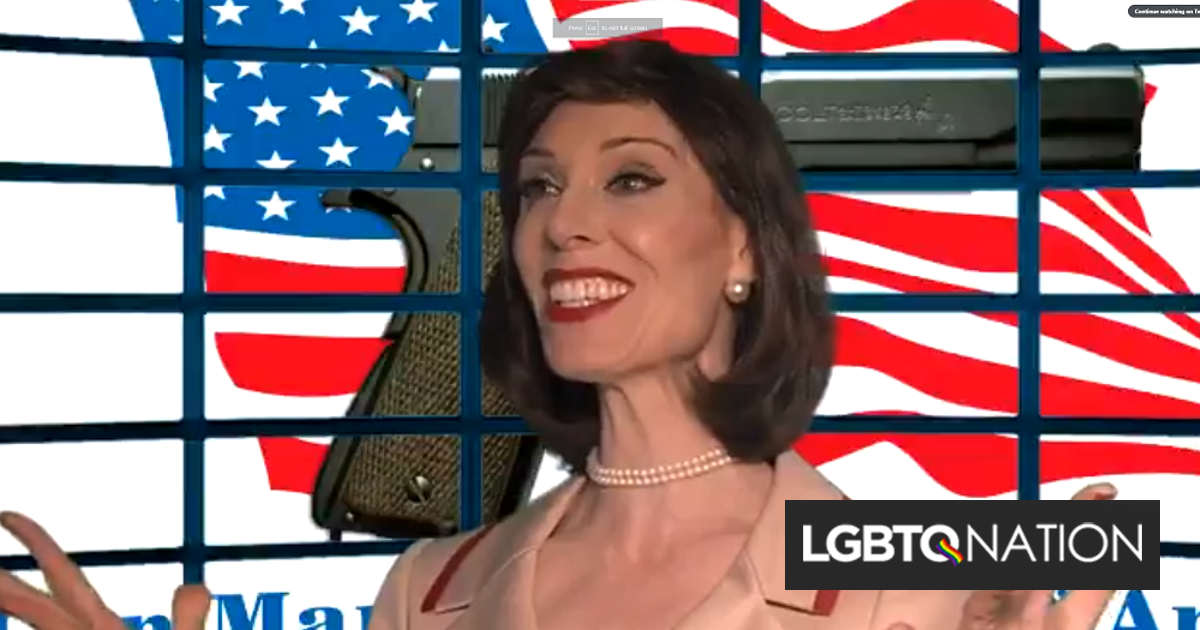 In the wake of so much violence, it can be hard to keep things light. But if there’s one thing queers are good at, it’s dark humor.

Mrs. Betty Bowers’ latest parody video poignantly roasts the National Rifle Association and American Christians’ love of guns, pointing out that both Christianity and the NRA have “made fortunes on something that’s wiped out millions.”

While Republicans gather today at #NRAconvention to worship at the altar of AR-15s, here is me addressing the Gun Manufacturers of America. Glory! pic.twitter.com/4a0KwdN9MQ

But you can vote it out of office.

Doing nothing in the face of this mass carnage is evil. https://t.co/3YjkNqIv6d

Sometimes, we have to laugh at ourselves. We’ve heard a lot of ways of saying LGBTQ and its variati0ns, but El Jibbity is new. Goofy? Yes. Still better than QUILTBAG? Also yes.

When homophobes get so worked up they forget that mice and potatoes aren’t people.

Is there a conspiracy theory that can’t be made transphobic? Do people really think there’s a black market for uteri?

You’ve likely heard the (false) rumors about schools bringing in litter boxes for students who identify as furries. But this attempt at fear-mongering via Tony the Tiger seems to have missed its mark.

For what it’s worth, this did not go out on my “pronoun people” listserv for approval. Also, no self-respecting gay would put those two shades of blue next to each other.

Actually awkward? Ricky Gervais’ obvious obsession with transgender people. Because hate isn’t the the opposite of love, indifference is.

If Twitter keeps throwing Elon Musk tweets in your face, try reading them through the lens of Uncle George.