This state attorney was suspended by Ron DeSantis for respecting trans kids. He’s not going quietly 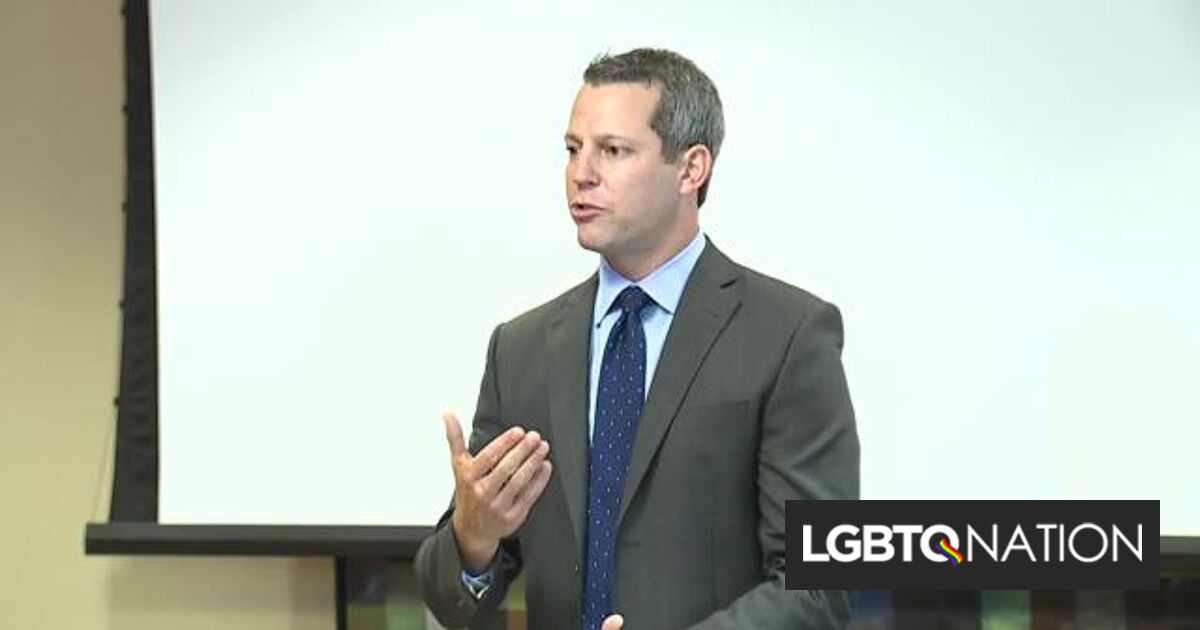 On Thursday, DeSantis said he suspended Warren for incompetence and neglecting the duty of his office. However, Warren called BS on DeSantis’ reasoning, noting that no cases have been brought to his office on either issue.

“We’ve had none. None of those cases have been brought to us. We’re not anticipating those cases being brought to us,” Warren said, according to Florida Politics. “You should go ask the Sheriff whether he has had those cases and whether they’re investigating arresting people for that, because when they do, and they bring us a case, we’ll evaluate it.”

Warren drew DeSantis’ ire by publicly opposing DeSantis’ attempts to criminalize abortion and gender-affirming care. Warren said that his recent suspension by the governor is little more than an attempt by DeSantis to raise his profile among Republican primary voters in anticipation of an eventual 2024 presidential run.

“We’re protecting people’s rights; we have fought so hard for public safety and fairness and justice. If the Governor thinks he can do a better job, then he should run for state attorney — not President. The Governor wants to do his sideshow with his cronies. I’m the one who’s upholding the law.”

Warren even went a step further, calling DeSantis’ prohibitions “unconstitutional.” Indeed, the state’s attacks on abortion access, gender-affirming care, and LGBTQ content in classrooms have all faced legal challenges by lawyers who say they violate federal guarantees against discrimination and oppression of free speech.

Although Warren is an elected official, the Florida state constitution gives the governor the power to suspend state officials for different reasons, including neglect of duty, incompetence, and permanent inability to perform official duties.

In a statement, Rep. Kathy Castor (D-FL) said, “The Republican agenda is clear: criminalize women’s health care, roll back our rights and feed your political ambitions rather than the people you are elected to serve. I will continue to stand up to this overreach and make plain just how extreme and reckless DeSantis and Republicans have become in a state that deserves so much better.”

In a tweet, state Rep. Anna Eskamani (D-FL) noted that Warren was the only Florida state attorney who pledged not to prosecute people who end their own pregnancies.

“Let it be known that DeSantis not only wants to ban abortion in FL, but he wants to ARREST people who seek self-managed abortion,” she wrote.

In a Thursday tweet, Warren sent, “Today’s political stunt is an illegal overreach that continues a dangerous pattern by Ron DeSantis of using his office to further his own political ambition. It spits in the face of the voters of Hillsborough County who have twice elected me to serve *them*, not Ron DeSantis.”

“The people have the right to elect their own leaders — not have them dictated by an aspiring presidential candidate who has shown time and again he feels accountable to no one,” Warren added. “Just because the governor violates your rights, it doesn’t mean they don’t exist.”

Today’s political stunt is an illegal overreach that continues a dangerous pattern by Ron DeSantis of using his office to further his own political ambition. It spits in the face of the voters of Hillsborough County who have twice elected me to serve *them*, not Ron DeSantis… pic.twitter.com/RzPXksSSWa