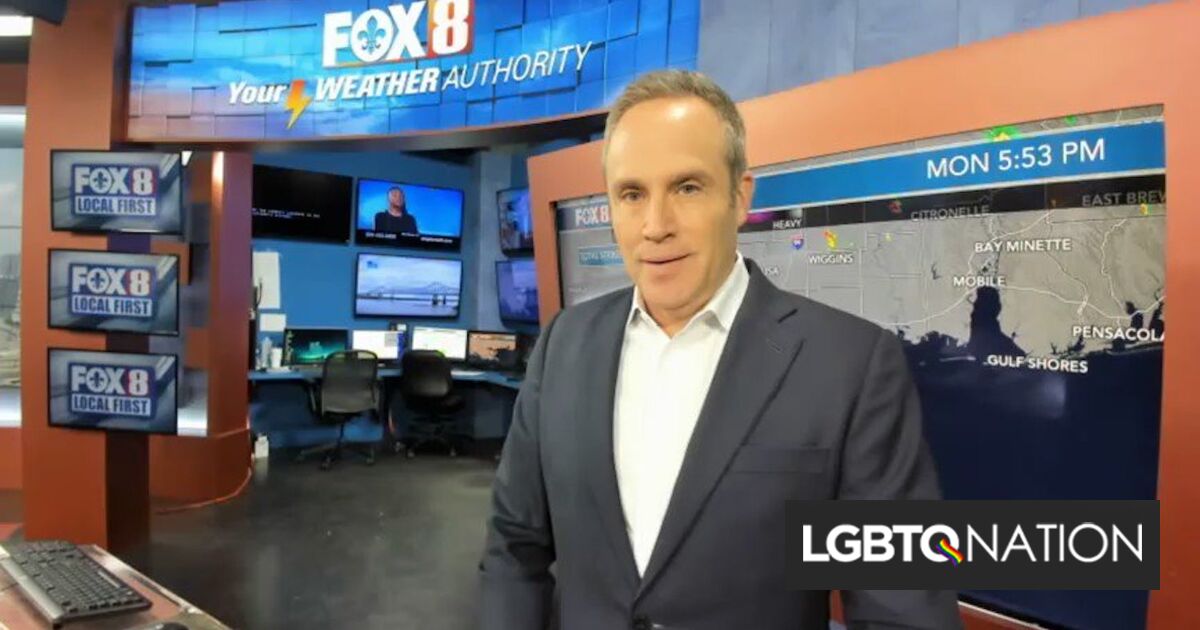 David Bernard — the chief meteorologist for the WVUE-TV news station in New Orleans, Louisiana — received a July 16 email from a man calling himself Stephen LaFrance. It read, in part, “Nice job Predicting weather fa**t.” The homophobic slur was misspelled.

Instead of merely deleting the email or ignoring it, Bernard posted it on his Facebook wall and wrote, “I received a disturbing email yesterday from a person who was upset about the forecast. After 30 years I can stand and accept the criticism when I get it wrong. What I won’t accept are personal attacks about me.”

Bernard said that the email came from a company business address which the meteorologist decided not to publicly share. “And by the way,” he added in his Facebook post, “the word fa****t has two G’s.”

His Facebook post received over 2,500 comments, most of them supportive. Many came from people who said they were local viewers. Others came from other TV meteorologists and broadcasters.

Liz Koh, a journalist at WAFB-TV, wrote, “David, I’m sorry to hear that people like this take time out of their day to be hateful and ugly. Thanks for sharing your story so boldly and for sharing resources for others.”

Scot Pilié, a gay Weather Channel meteorologist, wrote, “The amount of love always outweighs the hate, but it doesn’t mean the hateful comments don’t still sting,” according to The Sun Herald.

Bernard isn’t shy about his sharing his life online. He often shares images of his dog Dolly and his husband Charlie. He also shares updates about weather conditions as well as beautiful landscape photos and images from local events.

“Being an out gay man in public has had its struggles,” he wrote in a comment on his post, “especially 30 years ago when I got into television but because of the support of so many family members, friends and people like you it has gotten much easier. But the reality is it is NOT easy for many people still today who feel marginalized.”

“Comments like the one in the email are like a death by a thousand cuts for those that don’t have that support network in place,” he added. He then said he made a donation to the Trevor Project and encouraged his followers to donate to any  organization “that helps those who have less or are made to feel they are less.”

A study published in 2019 found that 57 percent of LGBTQ adults had experienced anti-queer slurs in different social settings. The Trevor Project, which focuses on suicide prevention amongst queer youth, has said such harassment can cause mental distress or compel people to attempt suicide.

However, The Trevor Project has also said that supportive communities can help improve LGBTQ people’s mental health. Bernard’s post shows that such support can reveal itself even in the face of hate.