Third man steps forward to accuse Falwell of sexual misconduct. He was a student at the time. 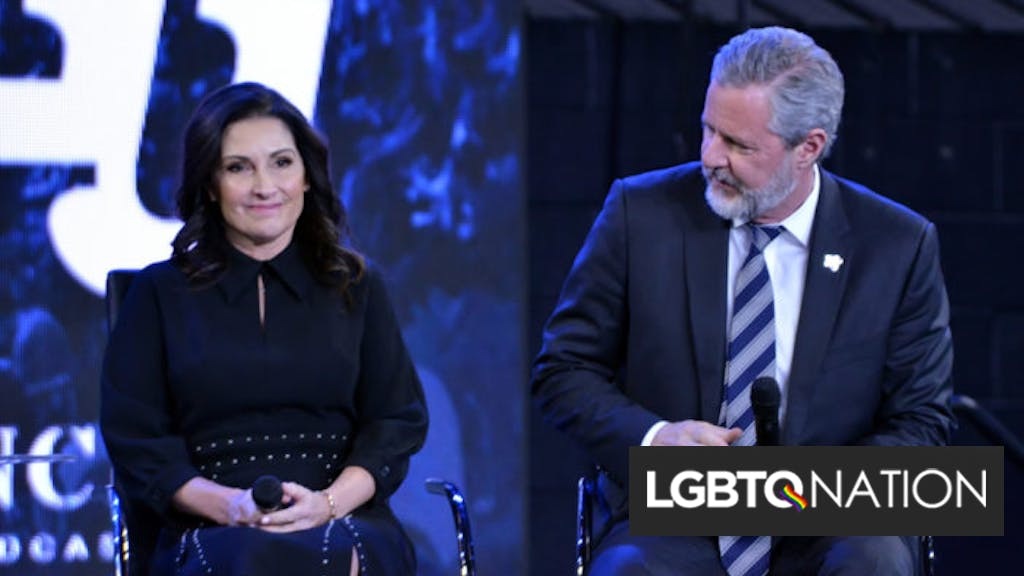 The resignation of homophobic evangelical Jerry Falwell Jr. from the presidency of Liberty University has focused mostly on his unzipped pants pic, his slurred “apology” for it and Giancarlo Granda, the former pool boy who claims to have had a consensual years-long three-way relationship with Falwell and his wife, Becki.

Yesterday, Gordon Bello stepped forward to acknowledge a “personal relationship” with Becki Falwell, but now another man – a former Liberty U student and friend of the Falwell’s son – has claimed she performed unwanted oral sex on him and stalked him for months after the incident.

“She was the aggressor,” he told Politico. The outlet granted him anonymity after spending months verifying his story.

Granda and Bello were both pool attendants when they say they were approached by Becki Falwell for sexual relationships. Granda alleges he would have sex with Becki Falwell while her husband watched.

The student was in a band with the Falwells’ eldest son and they would practice in an abandoned church on the Falwell property. He was 22 at the time.

He recounts the events that led up to Falwell’s infatuation and subsequent awkward flirtations, saying at one point she asked him if he’d told his friends that she thought he was “hot.” After one night of drinking whiskey with his bandmate on the property, he crashed at the Falwell home when Becki Falwell entered the bedroom and performed oral sex on him.

“I was like, ‘uh, what are you doing?” the former student said as she climbed into his bed and removed his pants.

Drinking alcohol and pre-marital sex are both forbidden for students at the evangelical Christian university.

He told Politico he fell into a depression and it “really put a hurt on [me] because I trusted her as a friend” – especially after Falwell continued to flirt with him, offer gifts, and demand his attention in messages she sent via Facebook. He provided screenshots of the conversation to the outlet.

The last time she contacted him was shortly after news broke about Giancarlo Granda.

Both Granda and Bello were involved in business deals with the Falwells surrounding a Miami hostel they co-owned and managed.

Then there’s also Benjamin Crosswhite, a Liberty graduate and personal trainer who was 23 when the Falwells started using his services in 2011. Granda said he was 20 when the Falwells approached him to start a years-long sexual relationship. Bello was 22.

A year after meeting Crosswhite, Falwell urged Liberty officials to sell an 18-acre racquet sports and fitness facility for two million dollars to Crosswhite. Because the young trainer didn’t have two million dollars on-hand, Liberty agreed to rent the facility from him for their tennis team and paid him $650,000 upfront for the first nine years of the lease. The other $1.2 million Crosswhite paid was covered by a loan that Liberty made to him at a low 3% annual rate.

So the recent college graduate was able to purchase a $2 million facility for his business because the seller – Liberty University – gave him the money to buy it from them.

Records show that Falwell once took Crosswhite on a trip in Liberty’s private jet to Miami. Falwell said that he wanted Crosswhite present during his annual physical with his personal physician in Miami to discuss his training and nutrition plan.