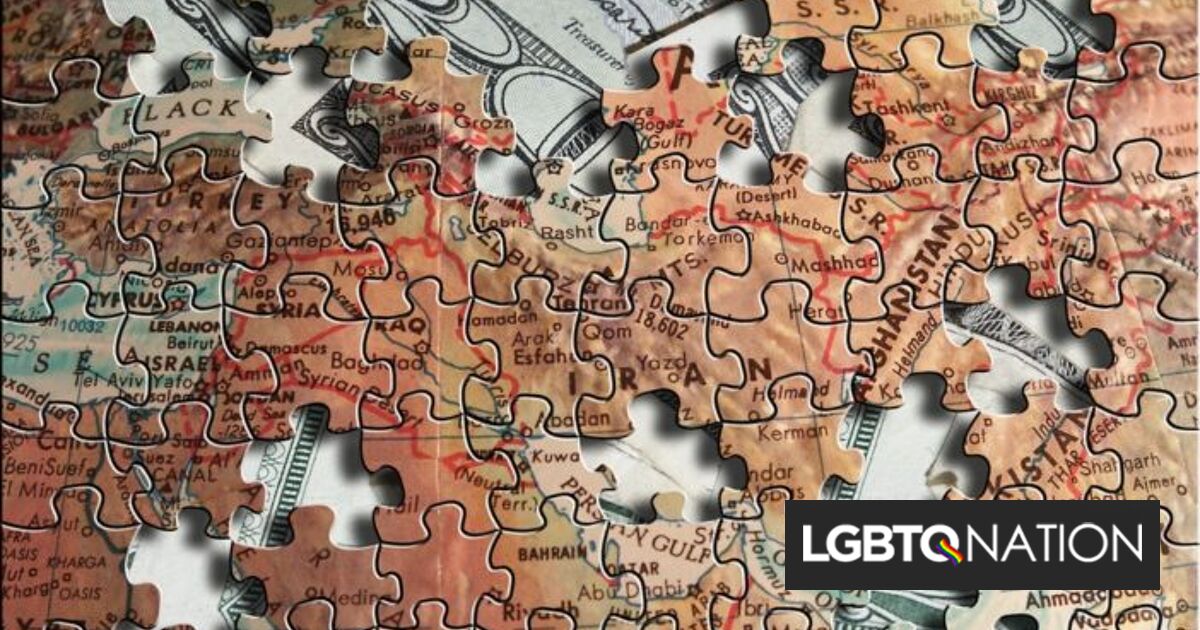 Some of the countries most hostile to LGBTQ people are in the Middle East and Africa. But instead of accepting the abuse, LGBTQ people have fought back to change minds and laws.

These activists are at the forefront of civil rights battles in their nations. Mostly unknown in the western world, these champions are doing the hard work to lift up the queer community no matter where they live.

Spanning almost 5,000 miles in length and over 4,500 miles in width, the bold, beautiful continent of Africa spawned humanity, as such it was also home to the first members of what would become known as the LGBTQ community. As human beings evolved, so has the understanding of sexual and gender identities, and as that journey toward enlightenment has reached into the 21st century, Africa is again at the forefront of a new dawn.

While queer identity, covering the entire LGBTQ spectrum, is illegal in over 30 countries across the continent, leaders from a multitude of African nations have emerged from the shadows of oppression to become passionate voices of equality and beacons of hope for not only their fellow citizens and Africans in general, but millions across the globe.

At the northern end, Morocco, which at one time was a haven for gay liberation and gender-reassignment surgery, has seen rights erode in recent years; in contrast, nearby Tunisia saw an LGBTQ-centered play debut this spring in the nation’s capital. Produced in conjunction with the queer rights group, Mawjoudin, director Essia Jaibi courageously presented Flagranti the story of a multi-generation fight for acceptance in the predominantly Muslim nation.

Southeast from Tunisia, situated along the pristine coastline, Kenya is well represented in the world of LGBTQ activism with both a high-profile queer female and gay male making certain that all Kenyans have a voice in society.

Marylize Biubwa was forced to overcome homelessness after coming out to her family. Rising above the discrimination, Biubwa helped lead protests against sections of Kenya’s penal code that outlawed homosexual relations. Her compatriot, Denis Nzioka, has been actively fighting and protecting Kenya’s LGBTQ community since 2009 when he opened up the country’s first underground safe place for sexual minorities and followed that up by publishing Identity Kenya, a magazine for the queer populace, and also edited an anthology of LGBTQ stories from Kenya entitled My Way, Your Way, or the Rights Way.

Bordering Kenya to the west, Uganda was best known for its harsh anti-LGBTQ laws, including a “Kill the gays bill” that would have proscribed the death penalty for homosexuality. Today, while homosexuality is still not legal, the gay community is no longer at the center of extreme prejudice as it was 10 years ago.

One of the people most responsible for the thawing of hate and bigotry is Frank Mugisha. Mugisha who came out almost three decades ago when he was 14, has been at the vanguard of the civil rights movement in Kenya since he founded the organization, Icebreakers Uganda, in college. Since then, he has been named one of the 10 most influential Black LGBTQ people by BET, named one of the world’s greatest leaders by Fortune Magazine, given honors by the UN Secretary-General, and was awarded the Robert F. Kennedy Human Rights Award.

At the southern end of the continent is South Africa. The nation which stretches from the Atlantic Ocean to the Indian Ocean, has become the benchmark for African LGBTQ acceptance. Same-sex marriage, gender identity changes, and military service for gays and lesbians are all legal.

Of the many queer leaders who have helped make South Africa a haven for minority rights, a queer female sticks out as breaking the mould of what one expects from an African leader.

Born under apartheid, Ishtar Lakhani, has a Muslim mother and Hindu father. While focused on “smashing the capitalist patriarchy,” Lakhani has helmed a variety of programs including the “Sex Education and Advocacy Working Group.” Thanks to her efforts fighting on behalf of minorities, she was named by the BBC as one of their most influential women in 2019.

This hasn’t stopped LGBTQ activists from raising their voices. Despite the risks, many have protested against queerphobia and discrimination; they have built meaningful communities that are fighting for the recognition and rights of queer people.

LGBTQ activism in the Middle East hasn’t been a cakewalk for most. Many of them have had to leave their countries and seek asylum elsewhere. An example is Amir Ashour, who hails from Iraq. Ashour left his country in 2014 owing to multiple arrests and currently resides in Sweden as a political refugee.

Recently, he has dissented against Iraq’s plan to criminalize homosexuality. It is important to note that while consensual same-sex activity is legal in the country since 2003, a public indecency law has rendered it illegal.

In 2015, Ashour founded IraQueer, an LGBTQ rights organization that works for queer and trans people in and around Iraq. IraQueer made a submission to the United Nations Human Rights Council in 2019 that condemned the government’s discrimination against LGBTQ persons.

In 2021, Ashour was recognized for his work with a ‘Generation Change Award’ at the MTV Europe Music Awards.

Despite being unwelcome, Ashour is hopeful of returning to Iraq one day. Speaking with GiveOut in 2019, Ashour said that he wants “to change things in politics and law from the inside.”

In the Kurdistan region of Iraq, another organization is making its mark. Rasan, which derives its name from the Kurdish word for “uprising”, began in 2004 to work for the rights of women and LGBTQ people. In 2019, Rasan took into its fold the activities of the Lava Foundation, an unregistered organization working for LGBTQ rights founded by activist Zhiar Ali.

Ali currently lives in Utrecht, Netherlands, having had to leave his country due to multiple death and assault threats. Having left his position as Media and Communications Officer at Rasan, Ali founded Yeksani to advocate for LGBTQ people in Kurdistan.

Not far from Iraq is Lebanon, a country where several courts have observed that queer people should not be arrested under the Lebanese Penal Code. Despite these rulings, the clause banning sexual relations that “contradict the laws of nature” remains.

It is from Lebanon that Elie Ballan, an activist for the rights of people living with HIV and LGBTQ people, operates. Currently working as a community mobilization consultant with UNAIDS, Ballan believes that “HIV/AIDS cannot be conquered by politeness or fear” but by courage.

Sharing the coast with Lebanon is Palestine, currently under occupation by Israel. And from this conflict-ridden zone, Haneen Maikey’s voice echoes against racism, colonialism, and pinkwashing.

In 2017, Maikey wrote, “I know that there is no pink door through Israel’s illegal, racist wall that welcomes queer Palestinians while oppressing others.”

As the LGBTQ landscape rapidly changes across Africa and the Middle East, new leaders continue to emerge. However, as they do, the names above will have helped show them the way toward creating a world where love is love, no matter which continent one resides.