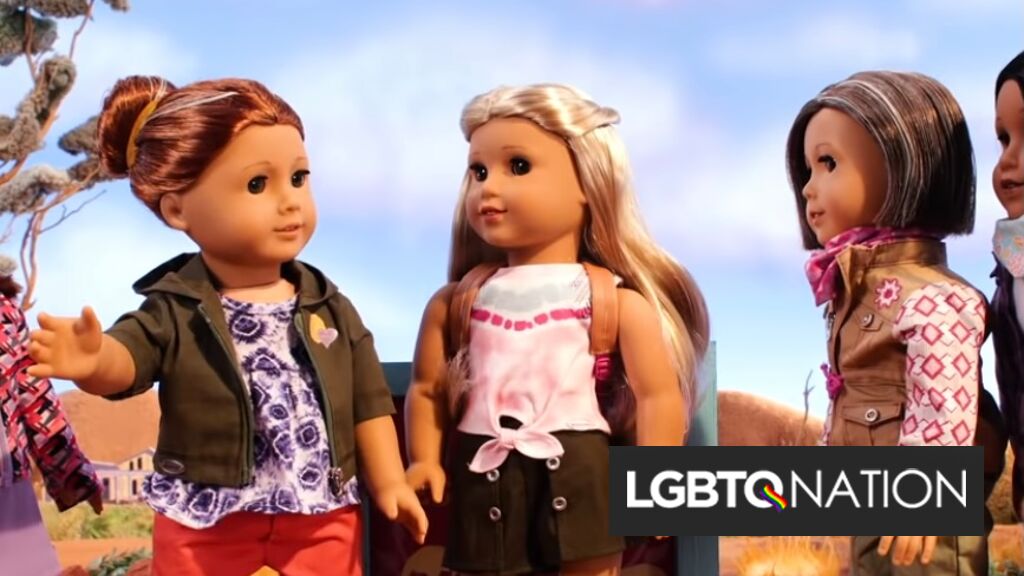 One Million Moms has jumped on the bandwagon against American Girl because it featured a doll with two lesbian aunts. The group — which is really a front for a hate group derived for the musings of its sole member, hate group employee Monica Cole — claims that the brand of dolls decided to jump in the supposed “culture war” and has betrayed conservatives.

“Conservative parents are outraged! American Girl released its first doll with an accompanying book that has an LGBTQ storyline. This is unacceptable!” Cole whines.

“American Girl could have chosen another storyline or characters to write about and remained neutral in the culture war. American Girl is attempting to desensitize our youth by featuring a storyline with two lesbian aunts,” she wrote this week in a post on her website that was sent in an email blast.

“As Christians, we know that even though something is legalized doesn’t make it moral or right,” she claims. “Why can’t the toy manufacturer let kids be kids instead of glamorizing a sinful lifestyle?”

The controversy is stemming from American Girl doing what anti-LGBTQ people find unthinkable: introducing a doll with LGBTQ family members.

The Mattel-owned imprint created a backstory for its 2021 Girl of the Year Doll, Kira Bailey, who is 10-years-old and has visited her two married aunts in Australia. The same-sex couple also owns a wildlife sanctuary, but it was their fictional relationship that had American Girl fans wildly upset.

The book, Kira Down Under, that accompanies Kira for doll collectors, explains that she has visited her aunts — who were married “after the law was changed to allow it,” referring to the 2017 decision to legalize marriage equality in Australia.

American Girl Doll collector Rebecca Nachman reviewed the controversy, which grew quickly in combination with the fact that American Girl is publishing an anti-racism children’s book featuring dolls of color, in a TikTok video.

The aunts, Auntie Mamie and Auntie Linette, are also featured in the first episode of Kira Bailey’s Australian Adventure stop motion episode on YouTube. Parents and doll collectors were enraged by the inclusion of the doll couple in Kira’s backstory, rushing online to rant about it in online reviews.

Now, not one to miss out on boycotting a family-friendly brand, One Million Moms has launched a “petition” calling for American Girl to somehow “discontinue” the storyline featuring Kira’s family.

Cole runs One Million Moms as an astroturf group that is really an arm for the American Family Association (AFA), which has been designated as a hate group by the Southern Poverty Law Center (SPLC) for years.

Besides the fact that the book has already been published and the stop motion episode has already been released, American Girl has also already clarified it has no issue with LGBTQ inclusion in its products.

“We know for girls who can directly relate to Kira’s circumstances (i.e. a father who has passed away or a couple in a same-sex marriage), we’re glad to show them that the make-up of one’s family doesn’t matter – it’s still a family and that’s all the counts. It’s a sentiment we love at American Girl,” American Girl spokeswoman Julie Parks told Yahoo! Life previously.

Still, Cole is out to “petition” them anyway (with a generic contact form that signs you up for their emails.) They claim to have received over 17,000 “signatures” less than 24 hours after launching their campaign. That’s more than the nearly 12,000 signatures they claimed in less than a week from boycotting OREO for releasing their limited rainbow edition cookies which they claimed with “brainwash” families.

Still stinging from nearly causing Hallmark to ban an ad with a lesbian couple, before the company’s management stepped in and did a 180, Cole made a push in 2020 against all sorts of brands that dared show support for LGBTQ people. Whether it was cartoons with dogs, dishwashing liquid, fruit, hummus, Oreos, movies with cyclops, or wrapping paper, the One Million Moms group has been there, trying to cancel anyone who dares recognize the existence of LGBTQ people.

This is not even One Million Moms’ first time freaking out over dolls. They complained about Creatable World Dolls, Mattel’s new line of gender-free dolls, not having breasts in 2019. “Why can’t the toy manufacturer let kids be who God created them to be instead of glamorizing a sinful lifestyle?” the group said in an email blast at the time.

That led to folk singer and RuPaul’s Drag Race alum Trixie Mattel to post a video where she plays with the dolls and explains why they’re not “sinful” for children.

“Kids just play whatever they want and make up whatever,” Trixie explained. “We’re the ones who tell them this is a boy or a girl toy.”

“That’s kind of more on us than it is on kids.”