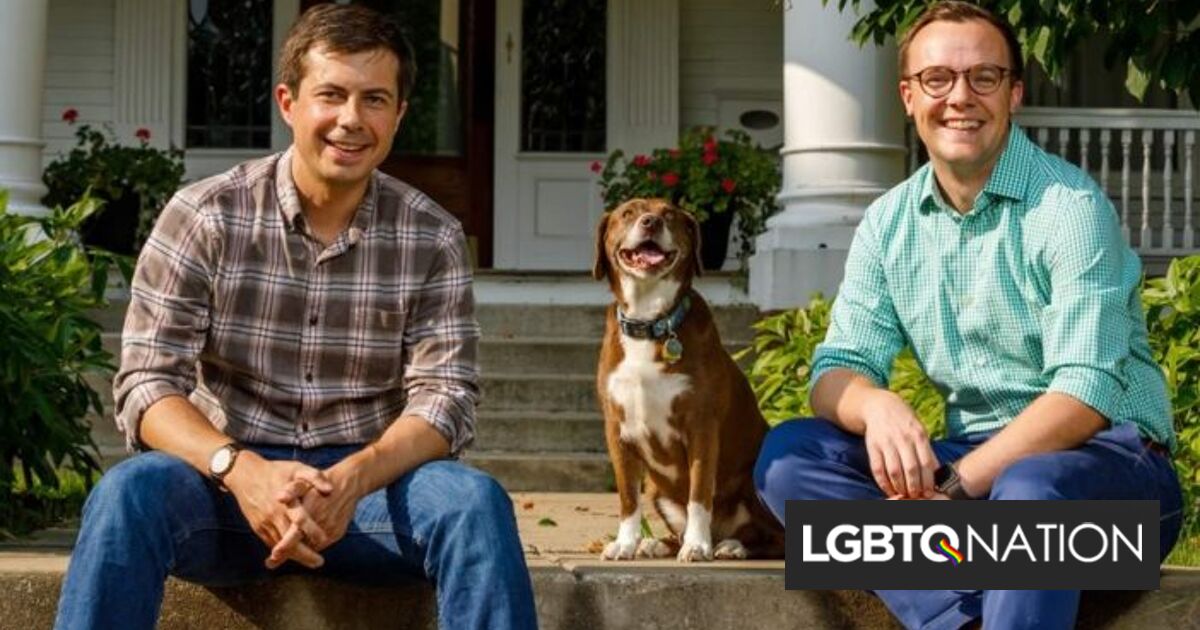 The world has spent today reacting to the news that Secretary of Transportation Pete Buttigieg and his husband, Chasten, have welcomed two children into their family.

As usual, White House Press Secretary Jen Psaki has summed up the news with the best response. “Happy news we can all use,” she tweeted.

When Chasten and Pete first revealed that they were becoming parents last month, many people also celebrated the news.

“Congratulations to you and Chasten,” Q.Digital CEO Scott Gatz said at the time. “Fatherhood is the best thing my husband and I have experienced. I wish you all the joy that comes with it.”

Now, once again, congratulations poured in from all over the world for the growing family.

The children, Penelope Rose and Joseph August, join the Buttigieg family in addition to their two dogs, Buddy and Truman.

Psaki wasn’t the only White House official or fellow member of Biden administration to congratulate the Buttigiegs.

Many other out politicians congratulated him on his latest victory, including out members of Congress such as Reps. David Cicilline (D-RI), Mark Pocan (D-WI), and Sharice Davids (D-KS).

.@PeteButtigieg @Chasten, Mazel tov to you both! As parents of B/G twins (and a younger singleton) our family wishes you both the life of joy, happiness (and a bit of chaos!) that we have had for 22 years!! 👨‍👨‍👧‍👦

Congratulations Pete and Chasten! Cheryl and I are so excited for you! We just sent our youngest to college. Enjoy every second. They grow up too fast! https://t.co/pP9MOBcJGL

Several LGBTQ advocacy organizations and leaders were also proud to see the occasion.

“Penelope and Joseph are perfect,” tweeted PFLAG, the national organization for parents, families, and allies of LGBTQ people.

Annise Parker, the President of the LGBTQ Victory Institute, previously pointed out what becoming parents could mean for the couple — and countless others.

“As parents, they will now shine a national spotlight on LGBTQ families, who often face daunting challenges because of outdated policies that narrowly define what families are,” Parker previously stated.

Congratulations to @Chasten & @PeteButtigieg on growing their loving family with the addition of Penelope Rose and Joseph August Buttigieg! You two will make incredible and loving fathers to these two. 💞 https://t.co/w4LNbI4YPE

Of course, millions of Americans in all sectors of life — to out MSNBC journalist Jonathan Capehart to out entertainer and Glee actress Jane Lynch — also joined in on recognizing the momentous occasion.

From one gay dad of twins to two new ones, I send all my love. The offer of free pediatric advice still stands.

Those are beautiful names! Congrats, you two! ❤️

I’m just old enough to be slightly amazed by this, from a Cabinet secretary. It’s a reminder of how much more has to be accomplished for so many people. But also…👍 https://t.co/AnZsW98HWf

I volunteer to babysit. I’m very good with tiny babies 😎 Wishing you every happiness with your beautiful family.

While many have reason to be happy for Chasten and Pete, some of the best reactions to the news are coming from other LGBTQ parents and family members, too

Several shared pictures of their kids or stories about their lack of sleep.

Will Pollock, journalist and blogger behind Cranky Yank, wrote simply, “single gay dad here wishing you guys all [the] happiness in the world.

“Days are long but the years are short.”

days are long but the years are short. pic.twitter.com/yYroBhQKt2

— Will Is Hiding Out Under John Bolton’s Mustache (@bywillpollock) September 4, 2021

Congrats to Chasten and Pete from all the twin-dads of the world! Here’s a pic from 13 yrs ago. Would do a then and now, but I’m enough trouble with my kids already. pic.twitter.com/rMezvEVuYw