The Week in Trans Rights: Florida & Texas fight for title of Most Transphobic State 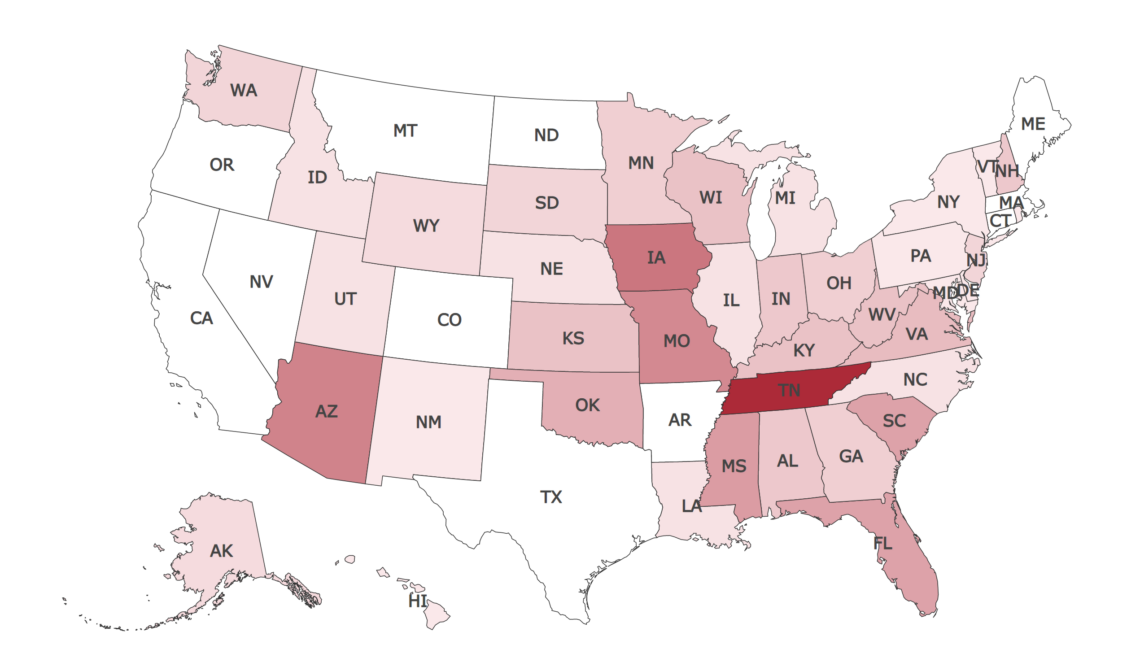 Right-wing politicians seem to be taking inspiration from March Madness this week, as conservative states continue their showdown to see who can advance the most extreme anti-transgender legislation.

Texas and Florida topped headlines with their efforts to legislate transgender youth out of existence.

Related link: Texas may lose billions in federal funding over its attack on trans children. The state is suing.

Texas Governor director the state Department of Family and Protective Services to investigate gender-affirming care for minors as child abuse. A Texas judge stepped in to halt the prosecution of parents of transgender youth and neighboring states are preparing to take in gender refugees. In the midst of the legal uncertainty, Texas Children’s Hospital has stopped providing gender-affirming care.

Florida Gov. Ron DeSantis is expected to sign into law the so-called “Don’t Say Gay” bill, which prohibits K-3 teachers from talking about gender and sexuality in an LGBTQ-way. Despite the bill’s nickname, DeSantis seemed particularly focused on preventing schools from being “injected with transgenderism.” Politicians and other public figures are speaking out, including performers and creators working for Disney. The company, which has provided financial support to the sponsors of the anti-LGBTQ legislations, has been reticent to speak out against it publicly.

Freedom for All Americans is tracking anti-LGBTQ legislation and shows a number of states following in Florida’s footsteps.

Here are a few of them:

The Idaho House passed a bill that would make gender-affirming care a felony punishable by up to life in prison, penalizing the parents and healthcare workers who provide it, as well as families who leave the state for care. The Idaho House also passed a bill that would make it crime to allow minors to check out “objectional materials” at a library.

Iowa passed a ban on transgender girls playing K-12 and college women’s sports, making it the 11th state with such a ban. Republican Gov. Kim Reynolds called it a “victory for girls sports in Iowa.” Middle school students in Cedar Rapids walked out in protest on Wednesday. Iowans in general appear pretty evenly split on the law. According to polling by Des Moines Register/Mediacom Iowa Pol, 46 percent favor the law and 45 percent oppose it.

Legislatures in Alaska are also considering restricting the rights of transgender athletes.

Sen. Tom Begich, who opposes the bill, expressed concern about how student athlete’s genders would be evaluated under the proposed law.

Lawmakers in Kansas sent a bill banning transgender student athletes to the state senate for the second time. The first attempt died last year after legislators failed to override a veto by Gov. Laura Kelly. The representative who introduced the bill denies it is a “trans bill.”

“This is not a trans bill, it is a protection for women and for girls. In all reality, they still, as do girls, have opportunities to participate in athletics,” said Republican Sen. Renee Erickson. “This is not keeping them from participating in sports, but we do need to protect that fairness for girls because we absolutely know that there are physiological differences that give males an advantage in competitions involving strength and endurance.”

Similar bills are also moving forward in Oklahoma, Kentucky, and many other states.

But there were some silver linings, too.

Despite approval by the Utah House and Senate, a bill seeking to ban transgender athletes for youth was vetoed by Utah’s Republican Gov. Spencer Cox.

Democratic Rep. Dan. Frankel is calling for legislation to protect LGBTQ youth from the kinds of attacks coming up in other states.

“Soon I will introduce a bill that will ensure that parents and other guardians cannot be investigated or punished for obtaining evidence-based, patient-appropriate care for their children,” he said. “Some of the views in the country toward transgender children are incredibly cynical and incredibly harmful to this very, very vulnerable population.”