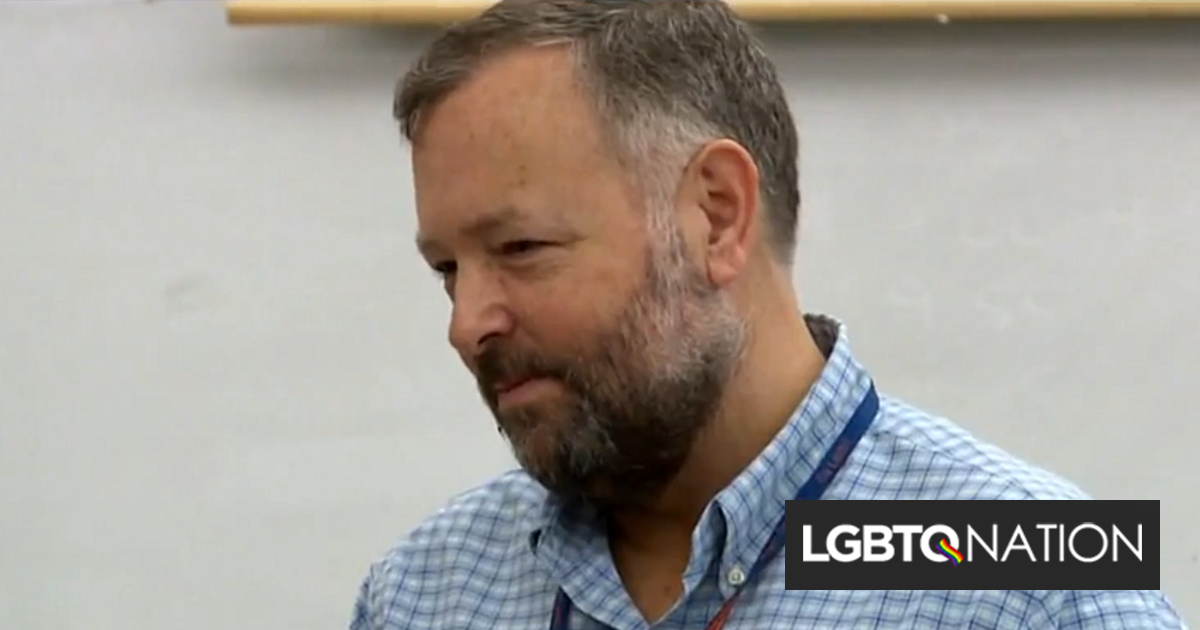 After coming out as gay while working as a teacher in 1992, a student went to him to talk about the need for a place where gay and straight students could meet talk. From that Parlin had the idea to start the first-ever Gay-Straight Alliance in a public school.

Related: Students sued their school for the right to form a Gay-Straight Alliance. They just won.

Now Parlin is a ninth-grade history teacher at Newton South High School in Boston, and Gay-Straight Alliances exist in over 10,000 public schools. But he won’t be for long. The history-making teacher is set to retire from the same school he came out at.

But back in 1992, Parlin had the need to start a conversation with other students in his school. The first-ever public school Gay-Straight Alliance is now known as the Gender & Sexualities Alliance and has been a part of the school for over 30 years.

“We thought maybe two or three students might join us and we could talk, but 50 students showed up,” said Parlin to CBS News. “We specifically chose a room that was far away in a distant part of the building so the students wouldn’t feel so embarrassed.”

And the group has made an indelible mark on students who need a safe space to call home. Speaking to CBS News, graduating senior Jordan Smith-Michaels expresses why the Gay-Straight Alliance was so important to him as both a member and leader.

“It was nice for me to find a place in high school that I could make my own,” said Smith-Michaels. “I think it is very important to have a place at school where you go every single day to be with your friends and be accepted and not feel ‘othered’ at all.”

Another student, Ben Miner, said, “I think it’s important that people feel welcomed and that they are able to share what is going on because oftentimes, it’s something really stressful or personal.”

Both students understand the importance of creating a safe space to have an open dialogue about topics like gender identity and sexuality. The Gay-Straight Alliance is aware of how vital these conversations are to students. According to The Trevor Project, more than 34,000 LGBTQ youth were surveyed. Of those 34,000, 45% reported having “seriously considered” suicide in the previous year.

Students explain that this is why the Gay-Straight Alliance is a necessity in schools.

Miner expresses that necessity is the reason why the group has continued to meet over the years, “I would love to see a point in the world where people no longer have to struggle with coming out and having potentially dangerous or harmful experiences coming out, but I think even then the GSA will still keep going.”

“I hope people will listen more to young people,” Parlin said. “Ask them questions about how they are feeling and realize we need to support all of our students and create an environment where they feel safe and welcomed loved and included. I don’t think anyone in the country really disagrees with that.”