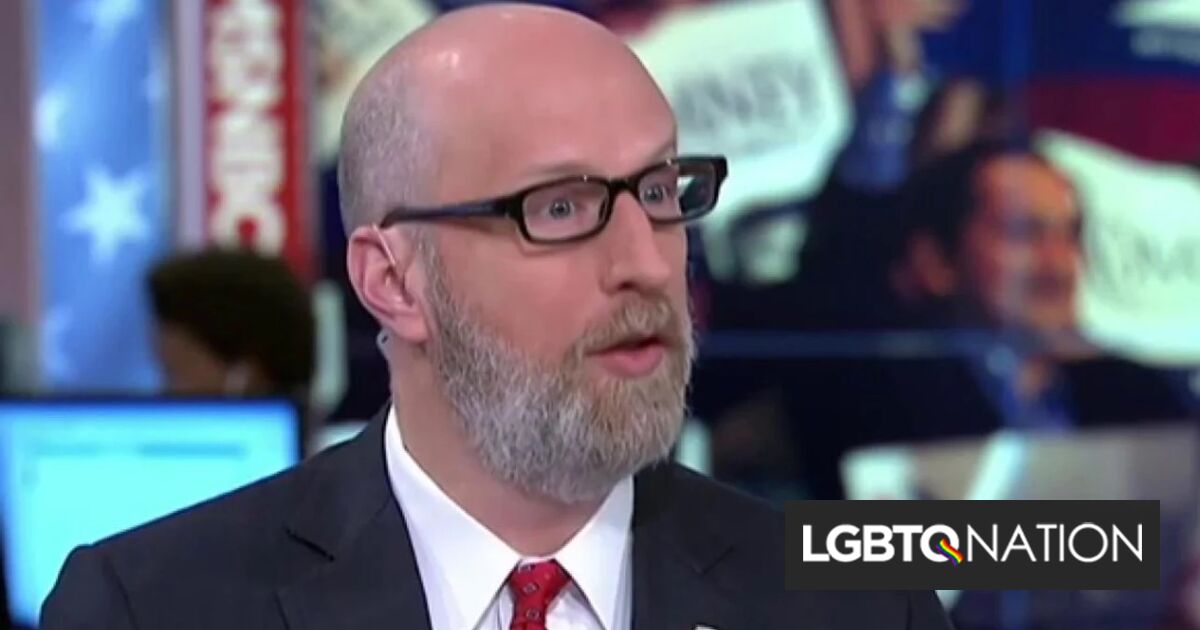 But while the Times praised French’s “spirit of generosity toward others and humility,” calling him an “expert on the law, faith, and politics,” it didn’t mention his longtime work with the rabidly anti-LGBTQ+ legal advocacy group Alliance Defending Freedom (ADF).

GLAAD said French’s hiring showed the publication’s “willful disregard of LGBTQ community voices and the concerns so many have shared about their inaccurate, exclusionary, often ridiculous pieces.”

He served as an ADF attorney

French served as a senior counsel for ADF, a legal advocacy group that has opposed any expansion of LGBTQ+ civil rights as an attack on so-called “religious freedom.” ADF has been designated as a hate group by the Southern Poverty Law Center.

During his time as an ADF counsel, he defended a Georgia graduate student who sued her university after being told that her anti-gay “Christian beliefs” were incompatible with the standards of her desired profession as a psychological counselor. The student considered homosexuality an “immoral” “lifestyle choice.”

He co-signed the “Nashville Statement”

French signed onto a 2017 religious right document called the “Nashville Statement,” which said God designed marriage to be only between a man and a woman. The document also stated “it is sinful to approve of homosexual immorality or transgenderism,” and called transgender identity and homosexuality a sin and “at odds with God.”

In a May 2016 column, French lamented a BBC Three documentary called Young, Trans, and Looking for Love. In the documentary, a young trans woman named Claire expresses sadness about cisgender men becoming disinterested in her upon learning of her trans identity.

French said of Claire, “[She’s a] deeply confused teenager is on the verge of mutilating himself … for the sake of hoping to find love with straight men.”

He considers conversion therapy a form of “free speech”

When openly gay California state Assemblyman Evan Low (D) introduced a bill that would classify so-called conversion therapy as “consumer fraud,” opponents of Assembly Bill 2943 claimed the legislation would “prohibit the sale of the Bible” if made law.

French, who was then a writer at National Review, called the bill “extreme” and “extraordinarily radical,” referring to it as “another attack on free speech” by progressives.

The bill ended up dying due to conservative opposition and fearmongering, even though every significant American medical and psychological association has disavowed conversion therapy as a pseudoscientific form of psychological torture.

French defended former President Donald Trump’s (R) ban on transgender military service members, writing, “This move isn’t about national security, it’s about social engineering. Many members of the military will spend their entire careers without encountering a single transgender soldier, but they will endure hour upon hour of diversity training … thought control… [and] radical LGBT theology.”