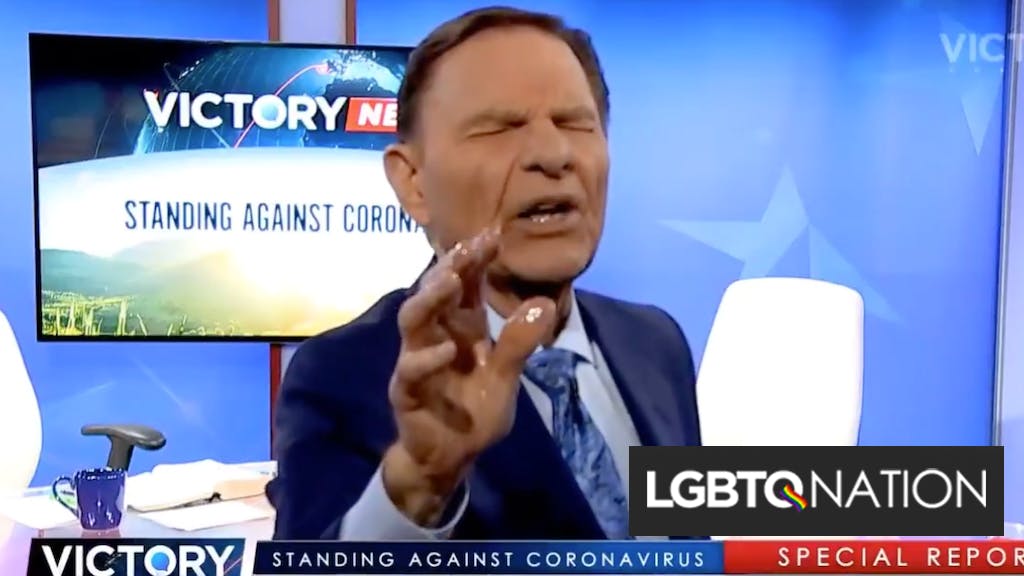 Far-right evangelical leaders will say anything to get President Donald Trump reelected. And like the commander-in-chief, they’re willing to lie for political gain.

Televangelist Kenneth Copeland, a member of Trump’s Faith Advisory Council, is now claiming that Trump only watched gospel television stations before he was elected and now that he’s too busy to tune in, it causes him to “cuss.”

“Until he got elected president, gospel TV is all he ever watched,” Copeland said during a sermon before his gullible followers. “He didn’t watch anything else. I like that. You say, ‘Well, he still uses foul language.’ Yeah, but he’s the president of the United States, he can talk any way he wants to talk.”

“And the Lord showed me what happened: He got over into the place where he didn’t have time to watch gospel television, and it slipped back in his mouth. But I’d rather have a man that just stands up there and just cuss on TV than to have one to go behind your back and cuss like a sailor.”

Copeland and his wife Gloria are known scam artists, but their latest trick has hit a new low. In the midst of the coronavirus pandemic, Gloria Copeland, who begs their viewers for donations throughout her sermons, has been claiming to cure viewers through their television screens.

She has urged viewers not to be vaccinated on previous broadcasts, saying Jesus “gave us the flu shot.”