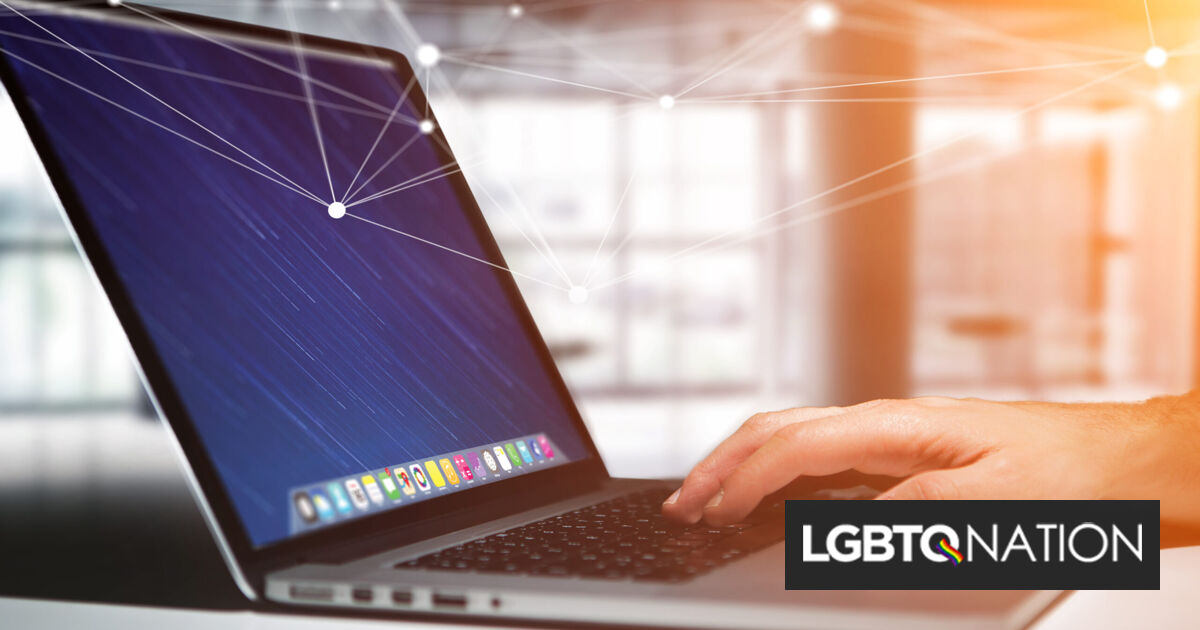 In the latest of the ever-revolving door supposedly hiding the true purpose of the COVID-19 vaccines, TruNews founder and host Rick Wiles has once again unveiled what he believes the jabs do to people.

Forget his recent claims that it’s an “egg that hatches into a synthetic parasite” or a “bioweapon,” Wiles now reveals what the vaccines really are, for real for real this time: they are “an operating system,” which  “takes control of your DNA” once its in someone’s system.

Related: The Teletubbies are “little gay demons” because they want to work with Lil Nas X

Wiles detailed the latest of his wild conspiracy theories on a recent episode of his network’s eponymous show, as captured by Right Wing Watch.

The basis of this theory is that two of the three vaccines available in the United States are mRNA vaccines, mRNA standing for “Messenger Ribonucleic Acid,” which is a molecule found alongside DNA in genes. Wiles uses this basic fact to suggest that getting the vaccine “takes control of your DNA,” and “changes you forever.”

This fails to realize that mRNA are separate cells from DNA, and don’t alter how DNA works in any way. “mRNA never enters the nucleus of the cell where our DNA (genetic material) is located, so it cannot change or influence our genes,” the CDC states.

The mRNA vaccines work by “teach our cells how to make a protein—or even just a piece of a protein—that triggers an immune response inside our bodies.” In other words, they learn to recognize a specific protein found in coronavirus strains and fight against it spreading.

According to Wiles, though, “It is not a vaccine.” Following the suggestion of an off-camera colleague, he calls it “an operating system. It is a system suppressor. But more than anything else, it is changing your DNA.”

“I don’t have anything against polio vaccines, measles vaccines,” Wiles claims, “those are vaccines. This is not a vaccine. This is changing your DNA. It’s a mRNA — it’s a messenger RNA vaccine — but it takes control of your DNA. You will never be the same person that you were before you got vaccinated.”

Wiles claims that “they” are “putting something in you that changes your body.”

He claims “This is the beginning. They’re not going to go back in time after this. Every year, there’s going to be more messenger RNA vaccines that you are mandated to receive. They’re changing the inner structure of the human body. It is from hell itself… And I can’t comprehend these pansy preachers that are endorsing it. God have mercy on your souls for what you’re doing.”

He then says, “This is Satan himself bringing forth a diabolical scheme to alter the creation of mankind,” basing his theory on the book of Genesis.

End Times conspiracy theorist Rick Wiles claims the COVID-19 vaccine is really “an operating system” that “takes control of your DNA”: “This is Satan himself bringing forth a diabolical scheme to alter the creation of mankind.” pic.twitter.com/tOVXx2GTrv

Earlier this month, Wiles claimed on his show that the vaccine is “an egg that hatches into a synthetic parasite.” He said that the masses of people getting the shot “is like a sci-fi nightmare. And it’s happening in front of us. This is a global coup d’état by the most evil cabal of people on the planet in the history of mankind.”

Wiles has blamed the coronavirus pandemic on China, Jewish people, LGBTQ people, and the devil. But after he got the virus himself after refusing to get vaccinated, he blamed the highly infectious Delta variant on people who have gotten vaccinated, saying that they’re “shedding the virus.” He also claimed that the COVID-19 vaccines will kill 70% of people who get them, calling attempts to vaccinate people a “mass death campaign.”

While mRNA-based vaccinations can be considered “new,” the CDC explains that “Researchers have been studying and working with mRNA vaccines for decades. Interest has grown in these vaccines because they can be developed in a laboratory using readily available materials. This means vaccines can be developed and produced in large quantities faster than with other methods for making vaccines.

They add, “mRNA vaccines have been studied before for flu, Zika, rabies, and cytomegalovirus (CMV). As soon as the necessary information about the virus that causes COVID-19 was available, scientists began designing the mRNA instructions for cells to build the unique spike protein into an mRNA vaccine.”

This is what happens with the mRNA. Note the complete lack of your DNA being touched.

The mRNA gets read and protein is produced. That’s all.

This is basic high school biology. It’s not in the Bible. pic.twitter.com/qKzubHCYdO

While it sounds like Wiles is one of a very few people buying this, he has the attention of thousands every day with his online, White House-credentialed network. Milo Yiannopaulos and Lauren Witzke are recent co-hosts and frequent guests on Wiles’ show. Meanwhile, a Florida political candidate is embroiled in controversy for appearing on his program recently.

Most of those on social media are taking Wiles’ theory seriously.

What version is it? Will I get updates? Is there a schedule for upgrades?

I just hope it’s some flavor of Linux because I don’t want Windows 11 in my DNA.

I hope this means I can get flu vaccines now via OTA updates.

Anyone download the latest security patch yet? I’ve heard it over locks your immune system when you get near anyone in a red hat.

I’m going to be pretty pissed if I received Windows OS instead of Mac OS!

Criminy…every couple years, it’s something new. Who knows, maybe in a couple years, Broccoli will be the Mark of the Beast. 🤪🤣🤣🤣🤣🤣

I thought they said the vaccine has tiny robots in it.

He has 2 positions about the vax:
1) takes control of DNA
2) injects synthetic parasitic eggs

Which is it? I’d like to sees his scientific findings.

He also claimed God created covid to destroy sin. He and his family got covid. Then he said he survived the CCP covid genocide.👌

You know what really changes your DNA…death.