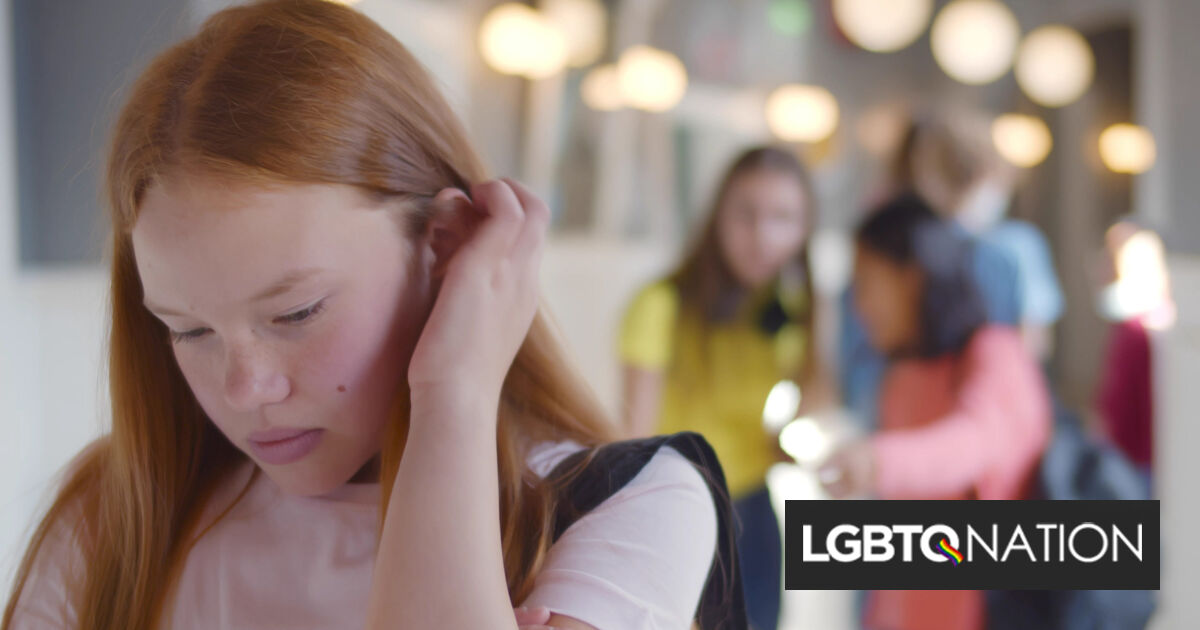 The state of Tennessee has enacted yet another anti-LGBTQ proposal into law, now allow cisgender public school students and their families to sue if they’re not given a “reasonable accommodation” by their school if they don’t want to share bathroom, locker room, and other facilities with trans people.

Gov. Bill Lee (R) signed House Bill 1233 into law yesterday, having stated earlier this week that he believes this is a “smart approach to the challenge” of trans students’ existence. It now goes into effect starting July 1.

Rep. Jason Zachary (R) introduced H.B. 1233, or the so-called “Tennessee Accommodations for All Children Act,” which will create a complicated system for addressing use of bathroom, locker room, and other facilities at public schools in order to give administrators “a clear path forward.”

Zachary said that the bill was spurred by a high school that “reached out to me, they are having to [deal with] a problem with boys using the girls’ restroom.” This is not true – the issue is about transgender and cisgender people of the same gender sharing facilities.

“And they feel like they are handcuffed, and there’s not much they can do about it,” Rep. Zachary said. “This bill takes care of that. It stops all that and just provides absolute clarity.”

Under this law as written, transgender people would be required to use the bathroom opposite of their gender, and Zachary stated that this will mean schools would have to provide single-occupancy facilities if they want to prevent bullying and violence.

“If they were born as a boy, they will use a single-occupancy restroom,” he said, referring to a hypothetical trans girl.

Cisgender students, or their parents and guardians, would be allowed under the law to submit a request for “a reasonable accommodation” if they say they’re not comfortable with the student sharing facilities with transgender peers. The request must be submitted in writing.

If they later “encounter a person of the opposite sex in a multi-occupancy restroom,” they can sue the school for not providing them with the “accommodation.” The law explicitly defines a student’s sex as “determined by anatomy and genetics existing at the time of birth.”

Only two Democrats – Reps. John Mark Windle (D) and Johnny Shaw (D) voted in favor of the bill during the legislative process. Otherwise, the proposal went across party lines in both chambers, with Republicans passing it through almost unanimously.

Earlier this week, Lee took a tour of a school, touting the measure as somehow granting “equal access to every student.”

“It’s a reasonable accommodation, it allows for accommodation for every student regardless of their gender. I think that’s a smart approach to the challenge. And I’ll be signing that,” he said according to the Chattanooga Times Free-Press.

The paper also noted that state analysts determined that “due to multiple unknown factors, the extent and a timing of civil litigation that may occur as a result of this legislation,” the financial cost it will have on the Volunteer State “cannot reasonably be determined.”

After the bill passed the Tennessee House, the Human Rights Campaign (HRC) denounced the proposal as a “Bathroom Bill 2.0” that is “a discriminatory bill that would deny transgender students access to the correct bathroom and locker rooms consistent with the gender identity.”

The Associate Regional Campaign Director for HRC, Melodía Gutiérrez, said at the time, “resorting to outdated and baseless anti-equality arguments, the Tennessee legislature continues to relentlessly discriminate against and attempt to undermine the rights of LGBTQ and specifically transgender Tennesseans.”

Gutiérrez added, “the legislature is focused on targeting transgender people and advancing their ‘Slate of Hate.’”

So far this year, the state has passed bills that would allow adoption agencies to discriminate against LGBTQ parents and bans transgender youth from playing school sports.

Another bathroom bill, House Bill 1182, is also on Gov. Lee’s desk, and he hasn’t “fully made a decision about” it. That legislation would require businesses to post notices that say they allow transgender people to use the building’s restrooms.

House Bill 529/Senate Bill 1229 was also currently on the governor’s desk, and he neither signed nor vetoed it by the required deadline, so it became law on May 5. The law requires schools to notify parents if sexual orientation or gender identity are going to be mentioned in class 30 days in advance, and gives parents the ability to opt their children out so that they don’t have to hear that LGBTQ people exist.

Another bill that passed the legislature bans books that mention LGBTQ people from public schools. Another would make the Bible the official state book of Tennessee.

It also opens schools to legal consequences if a student believes they’ve shared a sex-segregated space with a trans student.

HB1233 would mandate “separate but equal” facilities for trans youth in TN, and give anyone who finds a trans child in a school bathroom a right to sue.

Separate but equal is back in the South, but this time for trans people. https://t.co/qWrKXVwYUi

Whelp, Governor Lee has signed HB1233 into law. This anti-transgender student bathroom bill is discriminatory, stigmatizing, and dangerous. It will harm students across the state of Tennessee.#TenneesseHateState