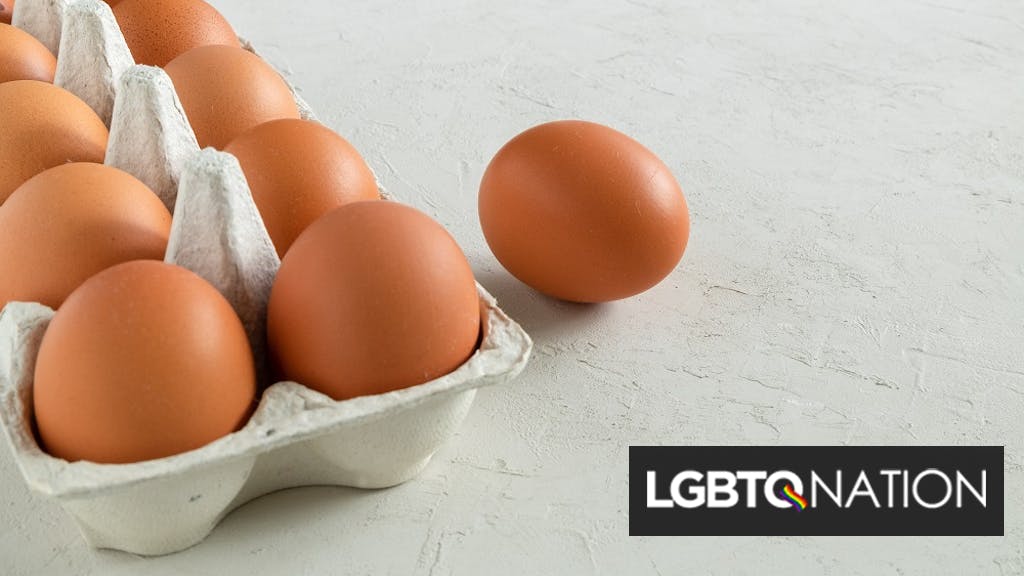 Two young men were convicted of aggravated harassment after they were accused of driving by a gay bar, throwing eggs at the the customers, and shouting anti-gay slurs.

“We’re young, we wanted to have fun, we weren’t thinking,” one of the defendants told the court in Clermont-Ferrand in central France about the May 4, 2019 attack.

Related: An Uber driver heard his passenger was gay, so he beat the snot out of him

The men, who were 19- and 20-years-old and with a minor in the car, drove by the small city’s gay bar in a Renault Clio throwing eggs and beer out their car windows at people who were seated outside of the bar.

Witnesses told police about the anti-gay slurs the teenagers shouted, and the teens were arrested shortly after the incident.

All three of the young men in the car admitted to throwing eggs at the LGBTQ bar’s clients and shouting anti-gay slurs, but the two men who appeared in court changed their story. They admitted to the egging but not the slurs.

“I didn’t insult anyone,” the 20-year-old driver said, according to the local paper Le Montagne.

“The music was blasting in the car, I didn’t hear any insults,” he said, implying that the other two teens may have shouted slurs.

“Do you have a hearing problem?” said judge Charles Gouilhers, sarcastically.

“No…” replied the young defendants.

“Then you have a problem with dishonesty,” the judge retorted.

The 19-year-old also said that it wasn’t an anti-gay crime: “We were driving around the city. The eggs were a bad joke, but no, I don’t remember any insults.”

“I suppose that the customers were hearing voices,” the judge replied, referring to the witnesses who told police about the slurs.

Anne Pacard, the lawyer for the two young men, said that it’s “particularly disagreeable” to be accused of homophobia when “they are not homophobic.”

The court ended up dropping a hate crimes charge against the two men but found them guilty of aggravated harassment toward the gay bar’s customers. The defendants were sentenced to 105 hours of community service. The third teen in the car will face charges in juvenile court.

Charles Guilhers, the sassy French judge, recently presided over a case involving a gay couple that was beaten up by men in an anti-gay hate crime. One of the defendants claimed he has “nothing against gays” but that gay people need to “respect” others and not kiss in public.

“It’s clear that you’re not at all homophobic,” Guilhers told that defendant sarcastically.