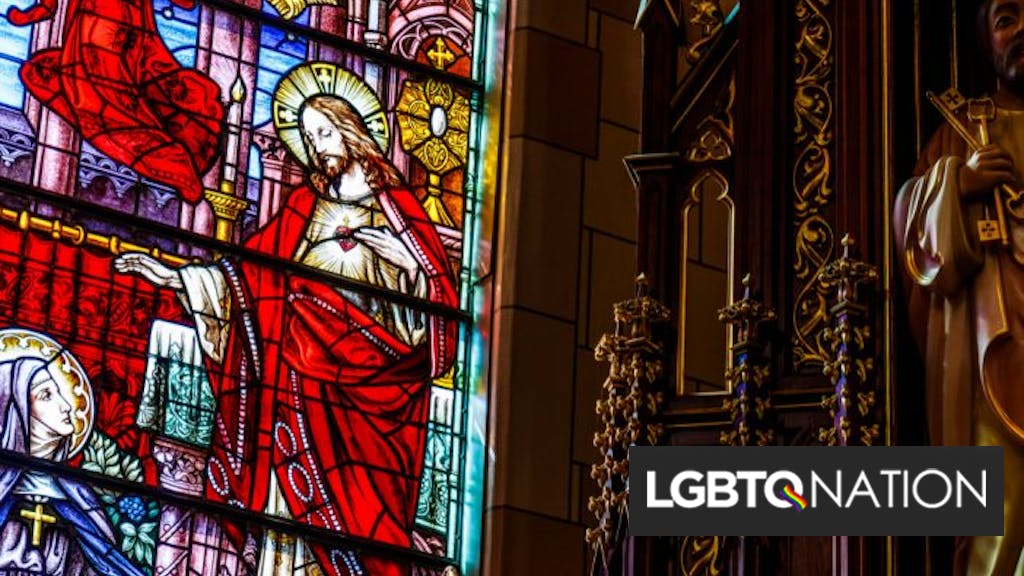 The Archdiocese of Indianapolis is one of the most viciously anti-LGBTQ in the nation, and new leaked internal documents show that its using its Catholic school system to actively harm gender-nonconforming youth. The new directive, emailed to administrators last week, tells the schools not to include its anti-transgender policy in any faculty or parent/student handbooks.

The 67 schools governed by the Catholic archdiocese have received approximately $40 million in taxpayer dollars in state education funding, even as they continue to discriminate against LGBTQ students, faculty, and staff.

The document says that hormone therapy or any form of surgery is “mutilation” and “not morally justified,” despite being forms of medical treatment.

“Any student whose gender has been legally changed from their biological sex, or who has chemically and/or surgically altered their given biology, may not be eligible for enrollment,” the document says.

The archdiocese says only students who agree to “accompaniment” – a euphemism for conversion therapy – would be allowed to attend. The practice, meant to change someone’s sexual orientation or gender identity, has been denounced by major medical organizations as psychologically damaging to its victims.

As part of the requirements, transgender or gender non-conforming students would have to agree to dress in “gender appropriate” clothing, (meaning the sex they were assigned at birth), be referred to with the wrong pronouns, and only use the name they were given at birth.

“They’re talking about a large portion of their students that they are alright with inflicting mental health issues and perhaps suicidal ideation on,” Chris Paulsen, the executive director of Indiana Youth Group, told USA Today. “I can’t believe any competent education institution is alright with that.”

“To exclude a group of students from receiving an education because of who they are and how they identify does a terrible disservice to this group of already marginalized youth. The Archdiocese should be lifting these students up, not casting them aside,” Jan Nichols, Indianapolis PFLAG president, said in a statement emailed to LGBTQ Nation.

In 2019, the Archdiocese admitted it instructed all schools under its umbrella to immediately enforce all employment contracts – effectively a blanket order to fire any LGBTQ staff members. The church is being sued by multiple former staff members for discrimination, but religious institutions are generally exempt from civil rights laws.

There are no statewide discrimination protections for LGBTQ Hoosiers. The Supreme Court will soon decide on two cases involving teachers at religious schools who were fired under the “ministerial exception,” which is supposed to give churches an exemption to anti-discrimination laws when it comes to ministers.

One teacher alleges age discrimination and the other was fired after disclosing she had breast cancer. Their former employers argue that the ministerial exception means that they cannot sue for discrimination.

Democratic lawmakers in the state have proposed numerous bills to ensure taxpayer-funded schools don’t discriminate against staff and students, but they have all died in the Republican-dominated legislature.