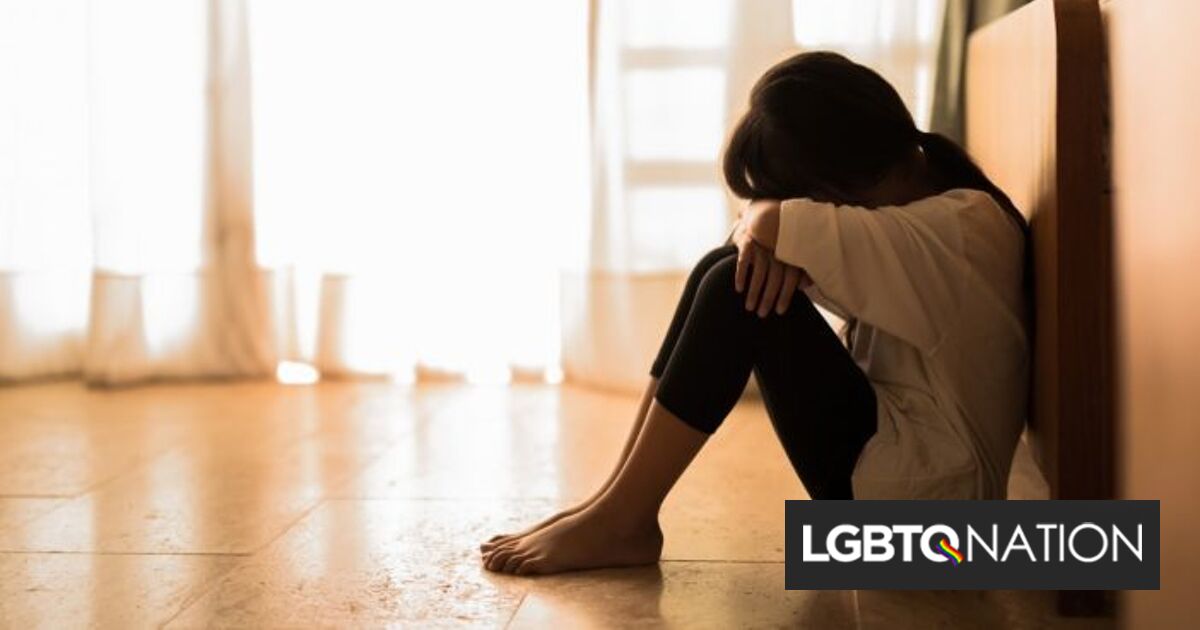 Sahil (name changed on request), a 17-year-old gay teenager from Uttar Pradesh, was aware that his family would never accept his queer identity. Yet his family’s reaction after he came out to them in 2017 shocked him. He was locked up in an eerie shelter and tied with iron chains as the smoke from incense sticks made his breathing hard.

Coming from a middle-class, educated Indian family, Sahil had not expected that his parents would believe in homophobic superstition. After all, both his parents were high school teachers and presented themselves as progressive parents in society. But their ingrained homophobia combined with superstitious beliefs led them to a local Tantrik – an occult priest – who claimed he could cure Sahil’s “aversion” with a three-day-long ritual.

Sahil recalls, “I was repeatedly asked what devil is possessing me. They were making me eat some kind of ash and reciting mantras. I was so traumatized in a few hours that I started believing I was under some kind of possession and my queerness could be cured.”

Six years later, Sahil, now 23, is financially independent and lives happily with his partner in India’s capital, New Delhi. He is no longer in touch with his family and blames them for traumatizing him.

Superstition in India is often innocuous. Different cultures have attributed different meanings to breaking a mirror, an owl sighting, or a crow’s singing.

In contrast to the organized churches of the West, the Indian spiritual sector is highly unregulated, owing to the country’s religious and cultural diversity. What goes on behind the closed doors of spiritual priests and godmen remains shrouded in mystery. But what is out in the open is the queerphobic attitude of many of India’s godmen.

For instance, in 2013, Baba Ramdev, an acclaimed yoga guru and business person in India, guaranteed he could cure homosexuality through yoga. Many parents of queer children fell for his unscientific claim.

Saral, a 28-year-old software developer who identifies as a transgender woman, remembers one such painful experience when she was taken to an ashram under Baba Ramdev’s aegis in Haridwar, Uttarakhand, in November 2020. Her family booked a seven-week program costing 20,000 INR [~250 USD]. There was a generalized treatment consisting of diet regulatory programs, Ayurveda massage sessions, and yoga.

Although there was no direct claim of curing homosexuality from the Ashram authorities, her family had hoped that this program could stop Saral from continuing her gender affirmation process.

During the treatment, Saral told one of the treatment facilitators, “I am a transgender woman, and nothing can change my true identity.” The facilitator responded by saying that it’s only a wellness treatment.

From fear to superstition

Arati Kedia, a Mumbai-based mental health practitioner, believes that homophobic superstition has much to do with the fear of the ‘unknown’, bolstered by cultural and regional legends.

“People use religion or any other powerful thing to justify their phobia of people who do not fit in the normative standards of Indian society,” she says.

Elaborating on this fear, she adds, “When people are told that there is something – a supernatural power or anything – that could turn you into a good fit with the norms of the society and not outcast you as ‘different’, some people who are conditioned in a particular social setting indulge in bizarre unscientific things to fix the difference.”

Neela Devi, 63, is the mother of a young gay boy. She went through the same cycle of homophobic superstition when her son came out to the entire family. Her first instinct was to go to a psychiatrist and find a solution to what she considered a problem. But when the psychiatrist told her that homosexuality is not a disease and, therefore, cannot be cured, she resorted to superstition, which she calls “a strong belief in god’s powers.”

“I brought a black thread with mustard seeds stitched in it from a local pandit [a Hindu priest]. Looking at [Devi’s son’s] horoscope, he told me that my son would be in distress for a few years. I hoped that his desires would change, but I was wrong”, said Devi.

Even after a decade, Devi is unable to accept her son’s queer identity.

In a 2015 investigation by Mail Today, Delhi’s doctors were found to be indulging in conversion therapy using seizure-inducing drugs, hormones, and even electric shocks. Despite homosexuality being decriminalized in India in September 2018, the colonial legacy of conversion therapy continues in the country.

In June 2021, the Madras High Court banned conversion therapy. The judgment prohibited “any attempt to medically ‘cure’ or change the sexual orientation of LGBTQ people to heterosexual or the gender identity of transgender people to cisgender.”

L Ramakrishnan, the vice-president of the Chennai-based NGO Solidarity and Action Against the HIV Infection in India, told LGBTQ Nation that he remembers “an incident where people were taken to the prayer camps in Kerala to pray the ‘devil’ away.”

“It is quite difficult to regulate religion in India,” Ramakrishnan told LGBTQ Nation while confirming that no specific law deals with homophobic superstitious practices in India.

Aman Singh (he/him) is a freelance journalist based in India. His work revolves around marginalization and oppression based on gender, sexual orientation, caste, and religion.