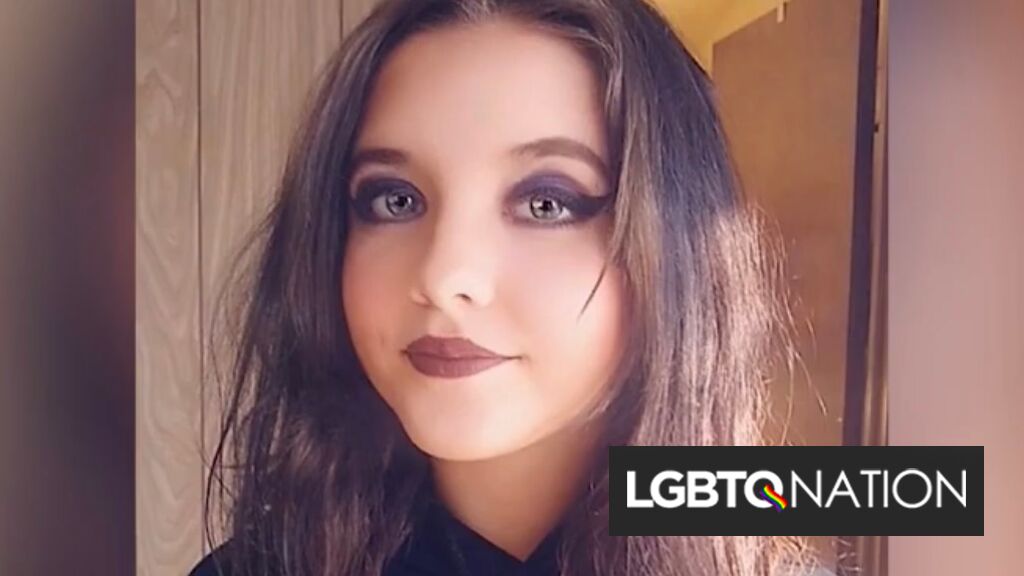 On her way to school, eighth-grader Izzy Dieker was overheard saying to another student on the school bus, “I’m a lesbian.”

For that, she earned a referral from the bus driver and was banned from riding the bus by the principal, citing her “inappropriate language.”

“Once I got home, my dad told me he got a call from the school that I was kicked off for saying ‘I’m a lesbian’,” Dieker said. Now, her parents are frustrated, and the Americus, Kansas school district isn’t providing answers.

“She’s 13 years old and these are adults acting like this towards her,” her mother, Tasha Cooper, said in an interview with local KSNT News. “We’ve had talks about other students calling her names and I expect that because they’re repeating what their parents say. But for the staff, the people that I trust her with, I was angry.”

Dieker’s parents say that they were also told that Dieker refused to listen to the bus driver’s orders, which they interpret was her refusal to stop using the word “lesbian.”

Now, the family has to make the half-hour trek to school twice a day to get Dieker there and back.

An anonymous tip to the Emporia Gazette prefaced Dieker and her family stepping forward with the mid-school year revelation.

“I am openly a lesbian and my whole class knows it,” the 13-year-old said.

“It made me upset to think that people go through this every day and also that kids are growing up thinking that it’s a horrible thing and they shouldn’t be talking about it at all,” Dieker added, “when honestly it should be the other way around.”

While her parents say the school district has yet to provide an adequate response to the situation, it’s the notion that the word “lesbian” is inappropriate that has them miffed.

The principal and school district superintendent refused to publicly discuss the case, but Dieker’s classmates and a few teachers within the school’s district are showing their support, both privately and publicly.

“I really just wanted to let Izzy know that there are people that absolutely support her,” said out district teacher, Michael Lanzrath. So he passed out rainbow Pride pins for students and faculty within the small, approximately 900-people community in middle America.

“Our job as educators is to make sure that all our kids are taken care of,” he said. “To us, all means all.”