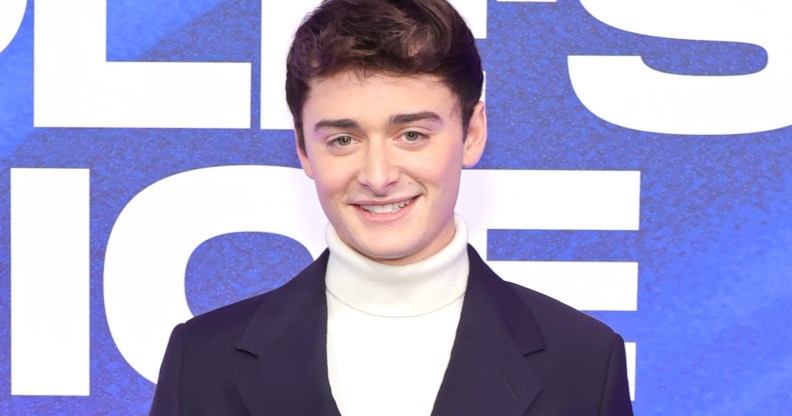 Stranger Things star Noah Schnapp has come out as gay in a heartwarming video on TikTok.

The 18-year-old actor, who plays gay high school student Will Byers on the hit Netflix sci-fi series, came out publicly as gay on Thursday (5 January) in a viral lipsync video that he shared with the caption: “I guess I’m more similar to Will than I thought.”

In text placed over the video, Schnapp wrote: “When I finally told my friends and family I was gay after being scared in the closet for 18 years and all they said was ‘we know’.”

The accompanying footage saw Noah Schnapp laid in bed lipsyncing to a viral TikTok audio clip that says: “You know what it never was? That serious. It was never that serious. Quite frankly, it will never be that serious.”

Schnapp’s coming out video was flooded with positive messages of support, including three ‘heart’ emojis from Netflix.

The news comes six months after Noah Schnapp confirmed longstanding speculation from Stranger Things fans that his character Will is gay and in love with Mike Wheeler (played by Finn Wolfhard).

“Obviously, it was hinted at in season one,” Schnapp told Variety last summer. “It was always kind of there, but you never really knew, is it just him growing up slower than his friends? Now that he’s gotten older, they made it a very real, obvious thing.”

Schnapp is set to reprise his role as Will in the Stranger Things season 5, which will begin filming later this year. A premiere date for the show’s fifth and final outing is yet to be announced.