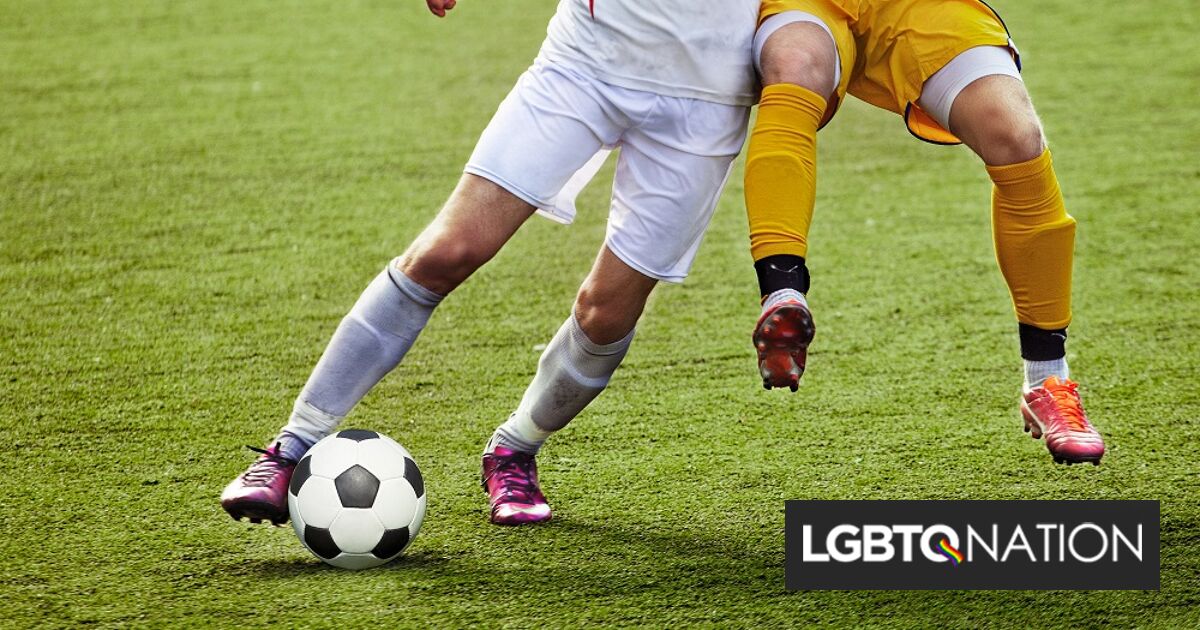 LGBTQ soccer fans aren’t the only ones feeling uneasy now about the 2022 World Cup taking place in Qatar. Both homosexuality and any sex outside of marriage are illegal in the Muslim-majority nation where Islam is the state religion, and the latter is now causing concern for fans planning to attend the event which begins in November.

U.K. tabloid The Daily Star reports that couples with differing last names are being denied hotel reservations, and one insider warns of “very strict and scary consequences if you are caught. There is a feeling this could be a very bad tournament indeed for fans.” Unmarried straight couples could reportedly face up to seven years in prison if caught.

“Public displays of affection are frowned upon,” says Nasser al-Khater, the chief executive of the FIFA 2022 World Cup in Qatar. “It’s not part of our culture – and that goes across the board to everybody.”

In a statement, Qatar Supreme Committee for the delivery of the 2022 World Cup said, “Qatar is a conservative country and public displays of affection are frowned upon regardless of sexual orientation.”

LGBTQ fans and players have been vocal in their displeasure over FIFA awarding the 2022 World Cup to Qatar for years. In 2014, out footballer Casey Stoney slammed the decision to hold its tournaments in Russia and Qatar.

“I won’t be going to Russia or Qatar to watch a World Cup because I wouldn’t be accepted there,” she said, adding that she thinks it’s “incredible that these countries get World Cups and Olympics.”

In 2018, FIFA launched an investigation after several articles dealing with LGBTQ issues were removed from the international edition of The New York Times in Qatar and other countries.

“FIFA is aware and closely following up on the two recent opinion pieces discussing LGBTI issues linked to the FIFA World Cup that were not printed in the Doha edition of the New York Times,” a FIFA spokesperson said. “As part of our ongoing activities in Qatar, we have already in early June 2018 launched an assessment of the processes that led to that. We will decide on appropriate further measures based on the results of this assessment and the engagement with our Qatari counterparts.”

In July 2018, Human Rights Watch Director of Global Initiatives, Minky Worden, whose May 2018 column in the Times arguing that anti-gay laws “clash with FIFA statutes” was among those censored, warned that Qatar might fall into violation if the issues are not remedied immediately.

“As the next host of the World Cup, Qatar should be responsible for implementing FIFA’s human rights policies as an example to the participating countries,” Worden wrote in a formal complaint filed through FIFA’s human rights reporting mechanism. “The censorship of the media has also been noticed by the LGBTQ community as a sign that they are not welcome in Qatar.”

“You want to demonstrate your view about the LGBTQ+ then demonstrate it in a society where it will be accepted,” the organization’s general secretary Mansoor Al Ansari says.