Sen. Marco Rubio gloats as he gets Air Force base to cancel Drag Queen Story Hour 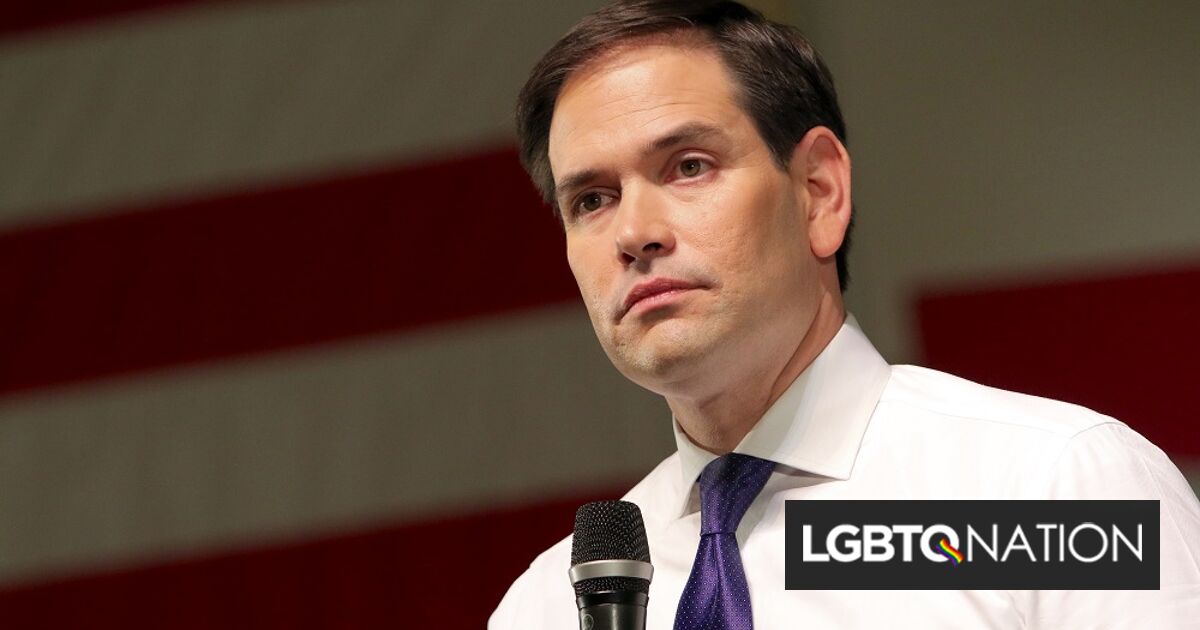 On Thursday, May 26, the command staff of the 86th Airlift Wing on Ramstein Air Base in Germany surprisingly canceled a Drag Queen Story Hour that was scheduled for the base’s library in honor of Pride Month that would have featured enlisted drag queens. The decision to cancel the event came in response to a request by anti-LGBTQ Sen. Marco Rubio (R-FL).

An anti-LGBTQ, radical-right news outlet in Canada, The Post Millenial, received a statement from the 86th Air Wing’s public affairs office about the cancelation in response to a comment request from the news outlet. Originally, the site was commenting on the event, accusing the Air Force of pushing a “woke” agenda among American servicemembers.

Related: A drag show was canceled because the performers have Down syndrome

The 86th Air Wing’s public affairs office offered the following comment: “An advertisement was posted to the base library social media page before the event had completed Ramstein’s established processes for special observance coordination and approval.  The advertisement has been removed and the event will not take place.”

“Ramstein leaders strive to foster a culture based on inclusion where all people are treated with dignity and respect, regardless of their political views, the color of their skin, or sexual orientation. The base’s established processes will ensure all future special observance events are properly reviewed and approved prior to advertisement.”

In a press release Friday, Sen. Rubio took credit for the cancelation.

“The last thing parents serving their nation overseas should be worried about, particularly in a theater with heightened geopolitical tensions, is whether their children are being exposed to sexually charged content simply because they visited their local library,” Rubio wrote. He did not explain why he thought drag queens reading children’s books was “sexually charged content.”

Rubio and The Post Millenial framed the event as a perversion, using right-wing terms and negative descriptions of the LGBTQ community; “Drag Queen Story Hour has become a phenomenon in recent years, with men dressing up in clownish, garish costumes of women to read to children. Many drag queens have sexualized names, like Penny Tration.”

The cancellation of the event drew mixed reactions from the Kaiserslautern Military Community, which includes the Ramstein Air Base. An opponent of the 86th Air Wing’s decision launched a petition at Change.org to try to get the event planned again.

“Now more (than) ever we need to show our support to our enlisted members and spouses in the face of blatant discrimination,” wrote the petition organizer, named Natalie Oyer, who described herself as a spouse to a transgender wife.

“I don’t know if anything can bring back the events though,” Oyer wrote. “Most of the queens are enlisted.”

This isn’t the first time the 86th Air Wing canceled an LGBTQ-focused event. According to social media sites, a separate drag karaoke event scheduled to be held on the base was also canceled.