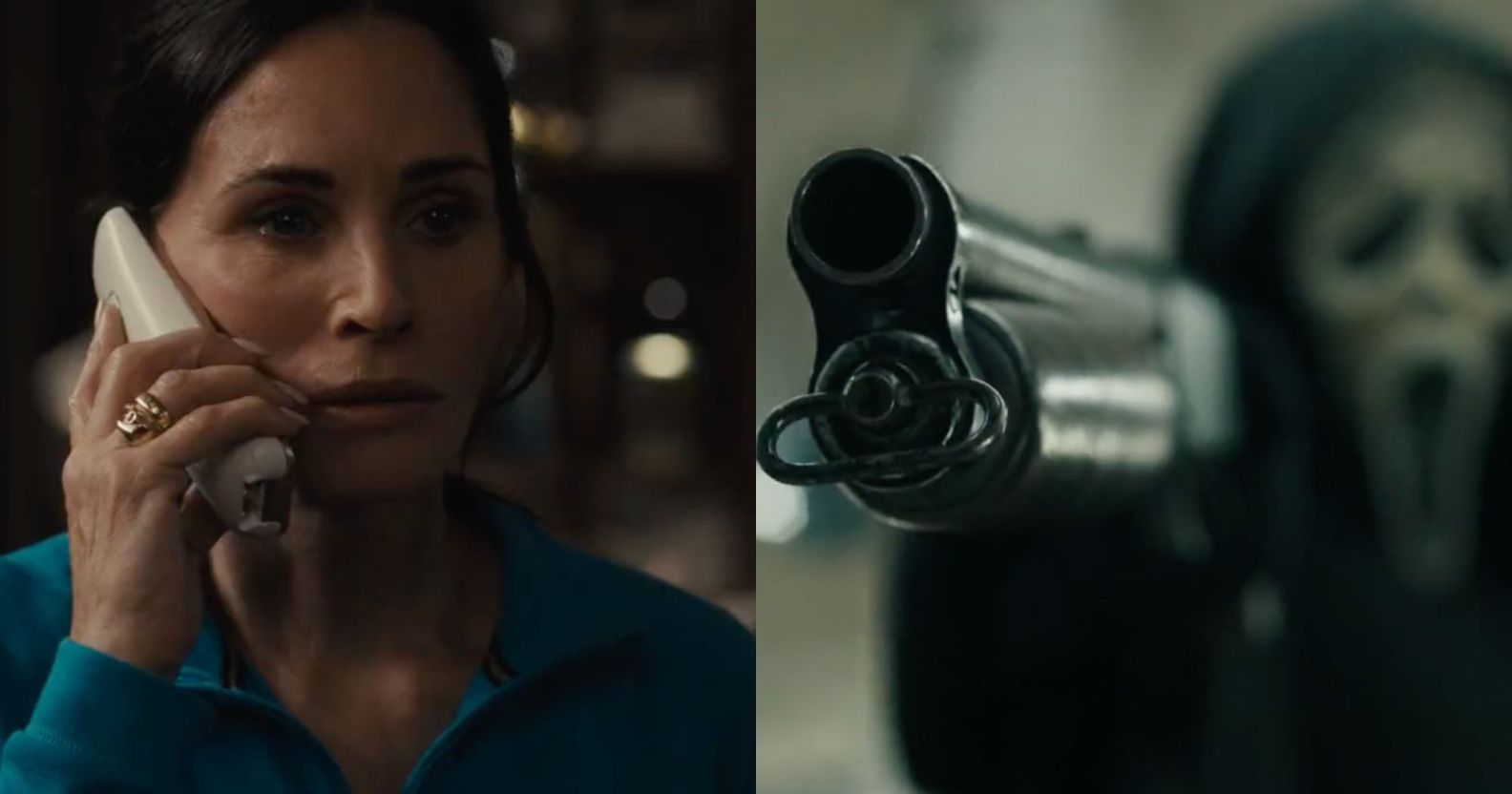 Ghostface’s latest batch of victims head to New York City in the new trailer for Scream VI – but this time the killer is hellbent on hunting Gale Weathers.

The official trailer for the sixth instalment in the iconic Scream horror franchise features Jenna Ortega and Melissa Barrera as the Carpenter half-sisters hiding from Ghostface in a New York bodega.

While the killer is intent on ensuring Sam and Tara meet their demise – including one tense scene in which he pursues them with a shotgun – Courteney Cox’s character Gale Weathers appears to be the main target this time around.

In the chilling clip, we see Gale answer Ghostface’s signature phone call while a figure is brutally murdered in the background. In the next instance, she’s chased across her apartment by the sadistic killer while she promises to shoot the killer “in the f*****g head”.

“It never works out for the dips**t in the mask,” she snarls, before she’s caught and ends up inches from the end of a blade.

The latest instalment in the slasher franchise film picks up from where the 2022 reboot left off as the Carpenter siblings leave Woodsboro to start a new life in the Big Apple alongside twins Chad and Mindy Meeks (Mason Gooding and Jasmin Savoy Brown).

Before long, though, the past returns to haunt them as Ghostface re-emerges to stalk the survivors across New York City, leaving carnage in his wake.

Scream VI also teases a secret underground Ghostface cult, or as Gale calls it, a “shrine” to the murderer.

Fans are already calling Scream VI one of the goriest in the film franchise’s history, as the new trailer alone features three deaths while every main character is seen caked in blood at one point or another.

We also get confirmation that the film will be set at the fictional Blackmore University in New York.

Franchise star Neve Campbell is not returning as beloved character Sidney Prescott, however, after exiting the film over a pay dispute last year. Scream 6 will be the first film in the franchise not to feature the actress or character.

Mindy Meeks, meanwhile, is the franchise’s first explicitly queer character, although if you ask any queer viewer of the first film, Billy Loomis and Stu Macher were definitely up to something fruity between murders…

We can’t wait to see who’s under the mask.