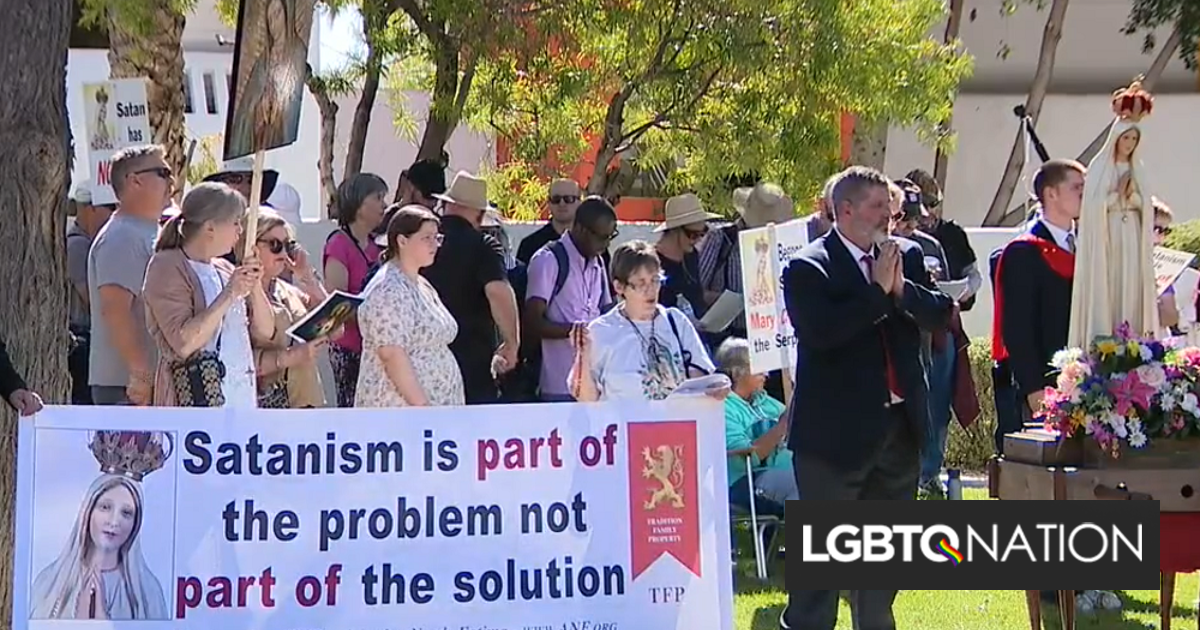 The Satanic Temple is applying for a permit to raise its flag in front of Boston City Hall after the Supreme Court ruled that a Christian group had a right to fly the “Christian flag” in the same spot.

The Satanic Temple isn’t a group of devout worshippers of Satan. Instead, it’s a group of people who organize as a religion and use humor to “highlight religious hypocrisy and encroachment on religious freedom.”

Here, they’re bringing attention to a unanimous Supreme Court ruling from earlier this week that said that, since the city of Boston allows the rainbow flag and the transgender flag to fly on a flagpole outside City Hall, they have to allow a Christian group called Camp Constitution to fly the Christian flag. The city had argued that the flagpole can only be used for secular flags because otherwise the government would appear to endorse a religion.

While the case involved religious beliefs, the Supreme Court ruled on free speech grounds, saying that since the city of Boston allows so many diverse groups to use the flagpole in events and for flags and offers little oversight, it can’t prevent religious groups from using it as well.

And that’s something the Satanic Temple is trying to take advantage of. The only problem is that they have several flag designs and are still trying to decide which one “might be best for this specific purpose,” Greaves said.

Greaves shared the group’s application for a permit on Twitter, which states that he believes that only 20 people will attend the flag-raising ceremony.

The Satanic Temple lost a lawsuit in 2018 after it sued for religious discrimination because it was barred from delivering an invocation before the Scottsdale, Arizona City Council, like other religions are allowed to do. The official reason the city gave for turning away the Satanic Temple was that it has no ties to Scottsdale.

“I hope that with the leaked draft of the Supreme Court majority opinion overturning Roe v. Wade, more people will wake up to the fact that these efforts by the Satanic Temple are actually high stakes frontline battles to preserve the basic rights of all, and not merely clever ‘pranks’ to expose already well-known hypocrisies,” Greaves said.